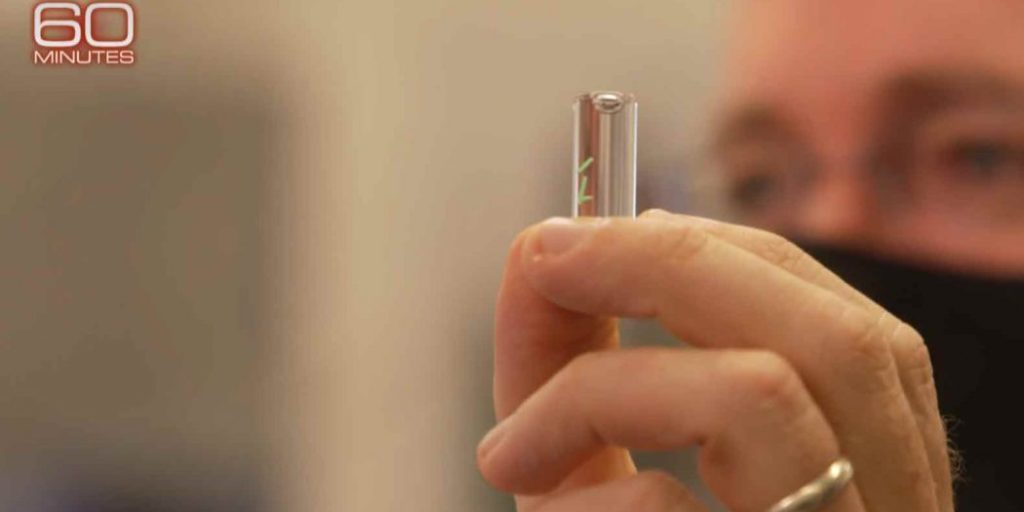 The current program is being funded by the Pentagon’s darling “research” arm Defense Advanced Research Projects Agency (DARPA) — who in 2017 was found to be spending millions on “genetic extinction technology” that can be used to wipe out entire species. Oh please, let them put a microchip in me!

“It’s a sensor,” Hepburn said. “That tiny green thing in there, you put it underneath your skin and what that tells you is that there are chemical reactions going on inside the body and that signal means you are going to have symptoms tomorrow.”

According to the report, the microchip, embedded in a tissue-like gel, is designed to continuously test the chip recipient’s blood for presence of the virus. Once COVID-19 is detected, the chip alerts the patient to conduct a rapid blood test, which can be self-administered, to confirm the positive result.

“We challenge the research community to come up with solutions that may sound like science fiction,” said Hepburn, whose role at DARPA, he added, is to “take pandemics off the table.”

Without any proof of concept, the retired colonel told the host that this microchip can “stop the infection in its tracks.” However, as mass testing proved, which produced innumerable false positives and negatives, simply knowing you have COVID-19 or not, is not enough to stop the spread.

Nevertheless, the mainstream media is touting this new implantable microchip as a means to “end pandemics forever.” Rest assured that if TFTP or any other alternative media outlet ran with a similar headline, we’d be “fact checked” into oblivion.

This move was predicted by our friends at MintPress News last year who pointed out that there are billions to be made in the corporate/government relationships in the POC (point-of-care) diagnostics market which stands at about $18.8 billion globally, according to recent market trends.

As Raul Diego points out:

The main driver for these highly optimistic forecasts is the surge in healthcare technology demand brought on by the pandemic crisis, which is lining the pockets of big pharma and big tech, aided and abetted by the Defense Department’s various tentacles into the private sector, like DARPA or In-Q-Tel, where federal dollars are channeled into private enterprise through direct investment, stock purchasing, and grants, representing one of the clearest examples of how the military industrial complex works.

The “detection” of COVID-19 is among the most crowded segments of the POC diagnostics market and recent advances in the life sciences have made new technologies, such as mRNA-based vaccines and testing possible. The U.S. government, through the Department of Health and Human Services (HHS), has been intimately involved in helping these technologies along, and in the case of mRNA, specifically, has made considerable investments in its development dating back to November 2019 in the case of one company developing an mRNA-based COVID-19 diagnostic tool.

While this sounds like a pretty amazing diagnostic tool, as we watch the debacle over the vaccine passports play out, government tends to care less about helping people and more about controlling them. In other words, you won’t see anyone here at the Free Thought Project lining up to get their microchip any time soon.