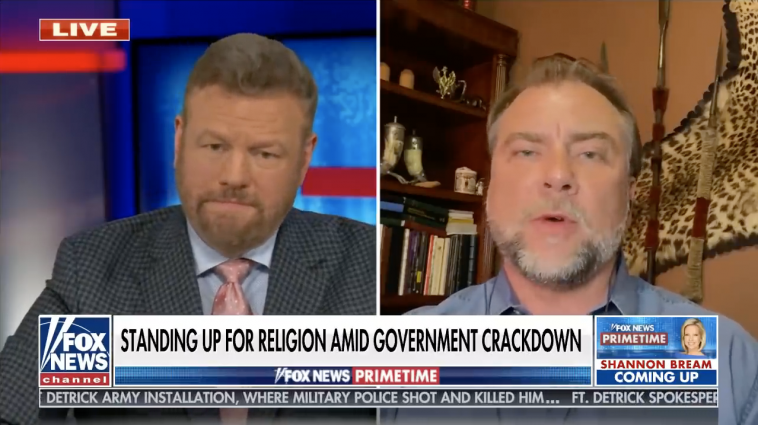 Our earlier piece, Easter services in the West canceled by Statist goons featured a scene from Fox News’ video of a pastor in Calgary, Alberta, Canada who made a stand against the police of that city who (illegally) attempted to shut down Easter Services at his church last Sunday. Pastor Artur Pawlowski, a native of Communist Poland, bravely stood off the police, unlike so many other wimpy Church leaders all across the Western world.

Here, he gives an interview with Mark Steyn in which he recounts his experience growing up in a Communist country and his efforts to warn complacent Canadians about what was coming.

I can only say this: I can relate to you, brother. I was also aware of what was coming back in 2011-2012, and warned our people in a small Eastern Orthodox Church in Denver, Colorado that the day was coming when we were going to face real persecution. I just got blank looks from the Americans, but the Russians and Ukrainians among us understood and agreed with what I was saying, because they had already seen and lived it and knew the symptoms.

Well, we tried – the parish in Denver suffered horribly under COVID and I do not know its state now, but while the restrictions in Colorado allowed only ten people to go to services, video streams of their services shows nobody in the church except for the clergy, and the number did not even get close to ten. Hopefully, this did not happen often, but a friend who still goes there told me about being there with her friend, the clergy and no one else.

Standing up for Christianity is something that many of us are going to have to learn, and it is clear that a great many people probably treat COVID closures as a justified vacation.

In a way, this is good for the church, as it purges it of “Christians in name only” people, who often take rather significant supervisory positions in some communities because it looks good and there is prestige when one can say “I am on the Church council.”

Well, what about being a true Christian, especially now when the chips are down?