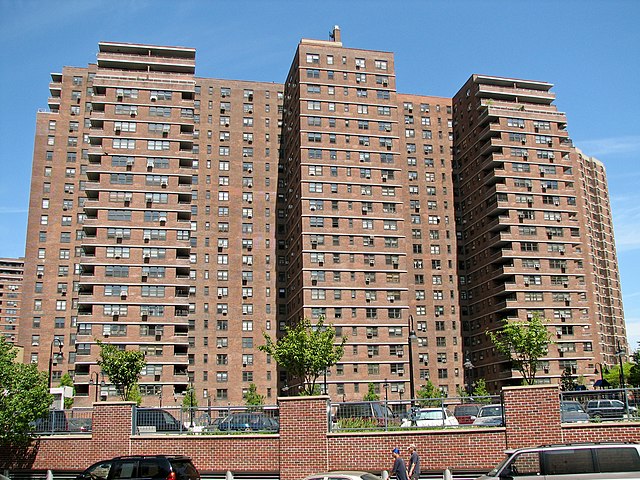 President Trump’s warning that Joe Biden wants to abolish the suburbs is proving to be accurate.

The Biden regime is working on “pushing local governments to allow apartment buildings in neighborhoods that are currently restricted to single-family homes,” Reuters reported on Thursday.

The $5 billion plan could inject the White House into a debate pitting older homeowners against younger workers seeking to gain a foothold in the most expensive U.S. cities, where many families spend a third or more of their income on housing.

The proposal, which would provide financial incentives to local governments that change zoning laws restricting many neighborhoods to single-family homes, is an example of the sort of broad social policy changes Democrats are including in Biden’s $2 trillion infrastructure bill.

Critics of the zoning laws say they drive up housing costs, contribute to urban and suburban sprawl and perpetuate racial segregation.

[…] Under pressure from politically active homeowners, urban areas with the tightest restrictions in place – coastal cities including New York and San Francisco – have increased them further since 2006, according to a University of Pennsylvania survey.

[…] Housing experts praised Biden’s proposal, but said it may do little to influence affluent communities that have the tightest zoning laws, which have little need for federal assistance.

Indeed, this is only for middle and lower class neighborhoods.

The rich — Biden’s donors and voters — will still live in luxury in tight-knit communities.

How, exactly, does Biden plan to end single-family zoning? According to the fact sheet released by the White House, “Biden is calling on Congress to enact an innovative new competitive grant program that awards flexible and attractive funding to jurisdictions that take concrete steps to eliminate [‘exclusionary zoning’].” In other words, Biden wants to use a big pot of federal grant money as bait. If a county or municipality agrees to weaken or eliminate its single-family zoning, it gets the federal bucks.

The wildly overreaching Obama-Biden era Affirmatively Furthering Fair Housing (AFFH) regulation — which Biden has pledged to revive — works in a similar fashion. The difference is that by adding another gigantic pot of federal money to the Community Development Block Grants that are the lure of AFFH, Biden makes it that much harder for suburbs to resist applying — and that much more punishing to jurisdictions that forgo a share of the federal taxes they’ve already paid so as to protect their right to self-rule.

[…] There’s more danger in store for America’s suburbs in Biden’s current proposal than meets the eye, however. If I were administering Biden’s various federal housing programs, I would sucker well-off suburbs into accepting grants on lenient terms. The trick is that once a jurisdiction accepts a HUD grant, it has to sign a statement promising to “affirmatively further fair housing.” Now that Biden is going to revive the old Obama-Biden AFFH rule, that pledge can be used by activist non-profits or the administration itself to sue localities for failing to meet the outrageously expanded definition of that term set forth in Obama’s AFFH. It was suits like this that dragged Westchester County, New York through years of federal control and torment. Just the threat of such suits intimidated Democratic officials in Dubuque, Iowa into surrendering their city’s self-rule to the Obama administration.

Here’s the bottom line: Biden’s campaign to abolish suburban single-family zoning has well and truly begun. As during the Obama era, it will likely escalate in intensity with each passing year. At this point, any jurisdiction in the country that wants to keep control of its zoning and development should decline to apply for federal housing grants. No matter how good the money looks, sign that promise to “affirmatively further fair housing” — as the Biden administration will define it — and you are signing away your birthright.

As the Washington Post reported a week ago, Biden’s advisors specifically told him not to focus on “major physical infrastructure investments” because that may help the “White working-class male worker.”