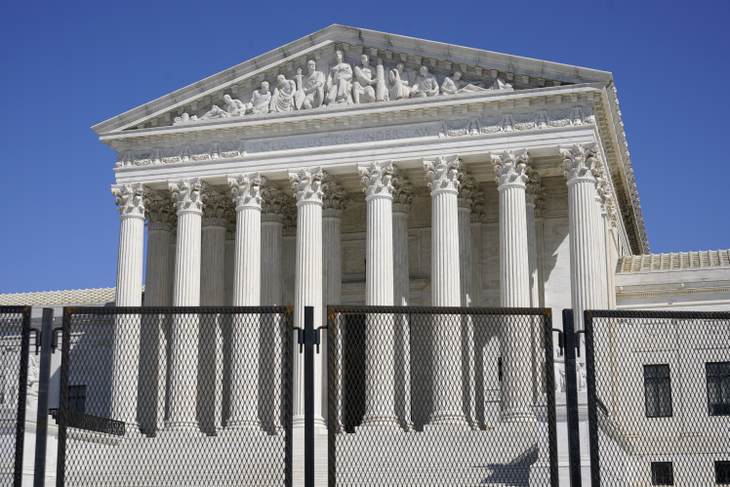 President Joe Biden has announced the formation of a bipartisan commission to study ways to reform the Supreme Court, including packing it with radical Democrats.

“The Commission’s purpose is to provide an analysis of the principal arguments in the contemporary public debate for and against Supreme Court reform, including an appraisal of the merits and legality of particular reform proposals,” the White House said in a statement. “The topics it will examine include the genesis of the reform debate; the Court’s role in the Constitutional system; the length of service and turnover of justices on the Court; the membership and size of the Court; and the Court’s case selection, rules, and practices.”

There is much to be concerned about in the commission’s mandate. It’s disturbing that the commission wants to examine the court’s “role in the Constitutional system.” Indeed, the Constitution says nothing about the Supreme Court being the final arbiter of constitutional questions. It’s one of those traditions that both Congress and the executive have recognized for 200 years.

Both George Washington and John Adams believed a president should determine if a law is constitutional. It wasn’t until Chief Justice John Marshall’s Marbury vs. Madison decision that the issue was settled in favor of the Supreme Court.

If not the Supreme Court, who would decide constitutional questions?

“Court-packing” would be legal, but ill-advised. It’s true the Constitution says nothing about how many justices should be named to the Supreme Court. But a blatant power grab by radical Democrats to pack the court would almost certainly diminish its power and respect among citizens.

Biden promised during the campaign to form a commission to study judicial reform, including adding members to the Supreme Court. And while it’s normal for a president to use the idea of a commission to punt on taking a controversial stand, Biden will be under enormous pressure to adopt the commission’s recommendations, making this commission much more than just window dressing.

The 36-member panel will be led by Bob Bauer, who served as White House counsel for former President Barack Obama, and Cristina Rodriguez, a Yale Law School professor who served as deputy assistant attorney general in the Office of Legal Counsel under the Obama administration.

However, as the commission is not set to issue specific guidance at the conclusion of its study, it remains to be seen if the panel will ultimately clarify Biden’s stance on the issue.

This is exactly what soon-to-be-retired Justice Stephen Breyer was worried about when he warned against court reform.

“I hope and expect that the court will retain its authority,” Breyer said. “But that authority, like the rule of law, depends on trust, a trust that the court is guided by legal principle, not politics. Structural alteration motivated by the perception of political influence can only feed that perception, further eroding that trust.”

Congress would have to vote to expand the number of justices on the court. But given the uncertainty of the times, anything is possible.