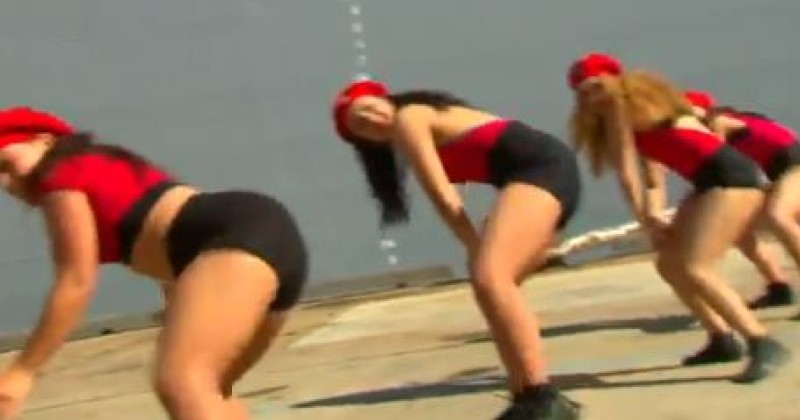 The Australian military has been reminded by MPs that its core mission is the “application of lethal violence” in response to concerns about it being too “woke” following a performance during which scantily clad dancers twerked on a Navy ship.

The advisory came after awkward scenes where young women gyrated suggestively in front of military officials, some of them elderly, during a ceremony to formally commission the Navy’s newest ship, a debacle that was dubbed a “shitshow” by one member of the government.

“We’re meant to be a fighting force,” he added, echoing comments by backbencher Phillip Thompson, who argued that the Australian Defence Force (ADF) had lurched “too far to the left” with its focus on social justice issues.

“Our ADF shouldn’t be left or right, they should be straight down the middle of what their job is, and their job is to defend our nation, our interests, our values, our sovereignty, but also when we go on operations, have an unapologetic aggression and violence to get the mission done,” said Thompson.

“We’ve got the CDF, we’ve got members of Parliament there, and the Governor-General’s there, I don’t think it’s appropriate to be twerking. I think our standards in the ADF, and definitely commissioning a ship, should be a little bit higher than that”. https://t.co/Nn1DwwdbeH pic.twitter.com/id6YAND9E7

Noting that Navy standards should be higher, Thompson asserted, “We’ve got the CDF, we’ve got members of Parliament there, and the Governor-General’s there, I don’t think it’s appropriate to be twerking.”

Assistant Defence Minister Andrew Hastie was also prompted to reiterate the what the primary focus of the military should be, insisting that its core mission will always be the “application of lethal violence” and that “mission clarity” is a key component of their work.

Hastie said that when the “role, identity and purpose” of the military becomes confused it leads to weakness and could even be “deadly on the battlefield, at sea or in an aerial dogfight.”

“Inside government, there are frustrations over recent military decisions seen as too “politically correct”, such as a 2018 directive banning soldiers from wearing “death” symbols,” reports ABC Australia.

The U.S. military really needs to learn from Australia’s approach given its current obsession with social justice, most recently exemplified by Joe Biden’s reversal of Trump’s ban on transgender troops.

So long as the U.S. military distracts itself with inane woke diversity nonsense, China will continue to laugh heartily in America’s face while accelerating and perfecting its own fighting capabilities.