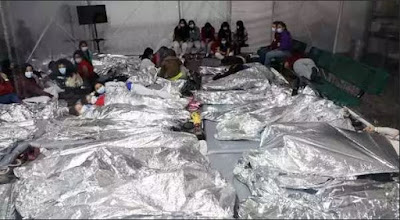 When I read Stefan Stanford’s “Hot Zone” piece, that reported four people from the Congo were being monitored for Ebola in Oregon because they were not even tested coming into the U.S., my first cynical thought was “Are they trying to kill us?”

Then I thought, why yes, they are, that is what the depopulation agenda is all about.

While over the past many years, America has seen an occasional ‘ebola-scare’, what’s happening now in one state after another hints at what may be ahead, with the state of Washington monitoring at least 23 people for ebola following travel to countries with outbreaks, joining the states of Ohio, Oregon and now Kentucky as states monitoring people following visits to countries hard-hit by ebola.

With COVID having such a low death rate compared to the death rate of Ebola victims, depopulation proponents would much rather have Ebola here in the U.S. than COVID, but having both would be their dream scenario to bring the numbers more in line with Deagel’s predictions.

Remember, the ultra wealthy have been scooping up underground bunkers, and buying up land in other countries, for years now, so they will have someplace to hunker down and wait it all out, but the rest of America will have to deal with life above ground while victims drop like flies.

It is interesting that those with exposure to COVID are being quarantined all across the globe, especially when entering from one country from another, yet illegal immigrants, and people on “terror watchlists” (Four arrested since October) may be held in overcrowded facilities, but are also being flown and inserted into towns in America. 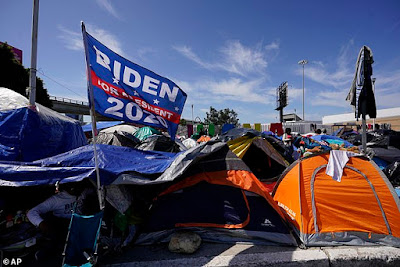 By rescinding actions President Trump took to decrease illegal immigrations, Joe Biden is going to “help them all” (at least that what the illegal immigrants say!), we see a surge on the border which has resulted in a massive crisis, with over crowded facilities, scabies, lice, flu and COVID reportedly an issue, as border agents recount how Biden’s border cages smell like urine and vomit.

In fact others have made it clear they were surging to the border because of Biden, making it clear they wouldn’t have even tried if Trump was still in the White House.

In another clip, a migrant who traveled from Guatemala with her 10-year-old son tells Raddatz in Juarez, Mexico, that she made the trip now because “Biden promised that we could cross with minors.”

By The Numbers: “Law enforcement encountered more than 100,000 migrants at the border in February, according to Customs and Border Protection (CBP), which was a 28% increase from January.”

The Biden regime of course denies that the change in policies are responsible for the surging numbers are crisis at the border, while Biden himself attempted to claim there was no surge but rather a regular pattern at this time of the year.

Unfortunately for Biden, even liberal journalists like Raddatz could not hide how the tents on Mexico’s side of the border have “emptied” as the borders were thrown open by Biden, as well as halting construction of the wall, proving that Biden’s regime alone is responsible for the crisis at the border.

INSERTING ILLEGALS INTO COMMUNITIES IN AMERICA

Reports also show that the Biden regime is also flying illegal immigrants across Texas, just to be processed and returned to Mexico, far from where they originally entered, and has previously dumped them in communities, despite pleas from a DEMOCRAT mayor begging him to stop!