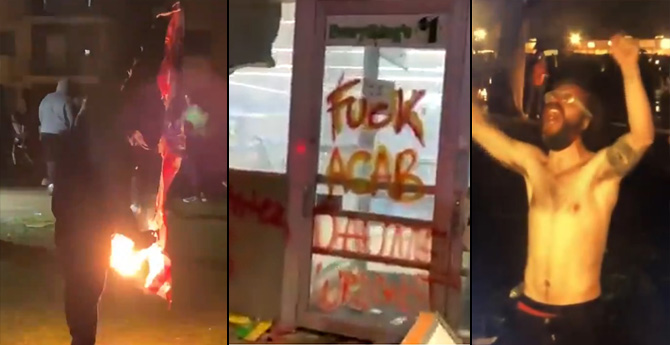 Black Lives Matter rioting and looting continued for a second night on Monday in Minnesota.

“Peaceful protesters” just broke the window at Dollar Tree located at 6800 N. Humboldt Ave., just down the street from the Brooklyn Center Police station. They are currently looting the store. @MN_CRIME pic.twitter.com/yInu40wVTY

Chemical fog began pouring into #BrooklynCenter Dollar Tree about 20 minutes ago. Everyone began gagging, choking & running out of the store. Whatever it was, it was nasty. 🤢 pic.twitter.com/ePfGyLpanQ