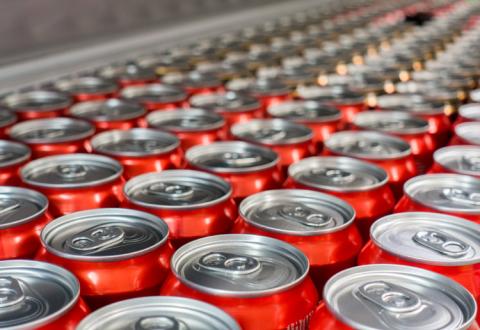 In previous articles, I’ve discussed the Great Reset and introduced several ways of understanding the economics of it. The Great Reset can be thought of as neofeudalism, as “corporate socialism,” as “capitalism with Chinese characteristics,” and in terms of “stakeholder capitalism” versus “neoliberalism.” In future installments, I intend to treat the technological (transhumanist) and monetary (centralized banking and digital currency) aspects that Klaus Schwab and others anticipate and prescribe.

But in this essay, I wish to consider the ideological aspect of the Great Reset. Just how do the planners mean to establish the reset ideologically? That is, how would a reset of the mass mind come to pass that would allow for the many elements of the Great Reset to be put into place—without mass rebellion, that is? After all, if the Great Reset is to take hold, some degree of conformity on the part of the population will be necessary—despite the enhanced, extended, and more precise control over the population that transhumanist technology and a centralized digital currency would afford.

This is the function of ideology. Ideology, as the Marxist historian of science Richard Lewontin has argued, works “by convincing people that the society in which they live is just and fair, or if not just and fair then inevitable, and that it is quite useless to resort to violence.”1 Ideology establishes the “social legitimation” that Lewontin sees as necessary for gaining the assent of the ruled. “The battleground is in people’s heads, and if the battle is won on that ground then the peace and tranquility of society are guaranteed.”2 Ideology on this account is not the same as world view. It is rather the mental programming necessary for domination and control short of the use of force. Ideological indoctrination is easier, less messy, and less expensive than state and state-supported violence.

Some may argue that the ideology of the Great Reset is simply socialist-communist ideology. After all, in many respects, socialist-communist ideology supports what the Great Reset promises to deliver. And this may work for some. There are those who would welcome, on socialist grounds, the “fairness,” “equality,” or “equity” that the Great Reset promises. Socialists might overlook or excuse the oligarchical control of society on the basis of the supposed fairness, equality, or equity among the mass of the population, and on the presumption that the oligarchy will be overthrown in the not-so-distant future. Socialism embeds a levelling predisposition that puts a premium on “equality” among the visible majority, even when that equality comes as a great loss for many otherwise “middle-class” subjects. In fact, when I briefly entertained the rantings of members of the Revolutionary Communist Party, USA, including its leader, Bob Avakian, they admitted to me that worldwide socialism would mean reduced standards of living for much of the world, especially in the United States. They had no problem with this; in fact, they seemed to relish the prospect. No doubt, as Friedrich Nietzsche suggested, socialism is fueled, at least in part, by ressentiment—by resentment and envy for the property owner. Much could be said about socialists’ apparent approval, or at least conditional and temporary acceptance, of big monopolistic oligarchical corporatists and their preference for big business over small.3 Socialists see monopolization under capitalism as inevitable, as necessary for producing a more consolidated target to be overthrown, and as a sign of the imminent collapse of capitalism and the coming socialist-communist apocalypse.

Likewise, many socialists will be amenable to the Great Reset on principle—especially those who accept its rhetoric at face value. But for all its newfound popularity, socialism-communism still doesn’t represent the majority. While popular among Millennials and other millennialists, socialism-communism remains unsavory for many. It is regarded as alien, obscure, and loosely connotes something negative. But more importantly, for reasons that I’ll give below, socialist-communist ideology is not the ideology that best fits the goals of the Great Reset. This is where wokeness comes in.

What exactly is wokeness? As I write in Beyond Woke,

According to the social justice creed, being “woke” is the political awakening that stems from the emergence of consciousness and conscientiousness regarding social and political injustice. Wokeness is the indelible inscription of the awareness of social injustice on the conscious mind, eliciting the sting of conscience, which compels the newly woke to change their be­liefs and behaviors.4

This is as close to a definition of wokeness as I can manage, gleaning it as I have from the assertions of those who embrace it. Of course, the etymology of the word “woke,” and how it became an adjective describing those who are thus awakened into consciousness of social and political injustice, is another matter. I discuss the etymology in Google Archipelago:

“Woke” began in English as a past tense and past participle of “wake.” It suggested “having become awake.” But, by the 1960s, woke began to function as an adjective as well, gaining the figurative meaning in the African American community of “well-informed” or “up-to-date.” By 1972, the once modest verbal past tense began to describe an elevated political consciousness. In 2017, the Oxford English Dictionary (OED) recognized the social-conscious awareness of woke and added the definition: “alert to racial or social discrimination and injustice.”5

Yet there are as many definitions of wokeness as people who’ve heard of it, as is the case with most anything the least bit controversial. I’m sure that others can and will add to the definition or suggest that wokeness should be defined altogether differently. But the above definition and historical-semantical renderings are sufficient for our purposes. According to adherents, then, wokeness is enhanced awareness of social and political injustice and the determination to eradicate it.

But what could wokeness have to do with the Great Reset? As a corrective, wokeness is not aimed at the sufferers whose complaints, or imagined complaints, it means to redress. Wokeness works on the majority, the supposed beneficiaries of injustice. It does so by making the majority understand that it has benefited from “privilege” and preference—based on skin color (whiteness), gender (patriarchy), sexual proclivity (heteronormativity), birthplace (colonialism, imperialism, and first worldism), gender identity (cis gender privilege), and the domination of nature (speciesism)—to name some of the major culprits. The list could go on and is emended, seemingly by the day. This majority must be rehabilitated, as it were. The masses must understand that they have gained whatever advantages they have hitherto enjoyed on the basis of the unfair treatment of others, either directly or indirectly, and this unfair treatment is predicated on the circumstances of birth. The “privilege” of the majority has come at the expense of those minorities designated as the beneficiaries of wokeness, and wokeness is the means for rectifying these many injustices.

And what are the effects of being repeatedly reprimanded as such, of being told that one has been the beneficiary of unmerited “privilege,” that one’s relative wealth and well-being have come at the expense of oppressed, marginalized, and misused Others? Shame, guilt, remorse, unworthiness. And what are the expected attitudinal and behavioral adjustments to be taken by the majority? They are to expect less. Under woke ideology, one will be expected to forfeit one’s rights, because even these rights, nay, especially these rights, have come at the expense of others.

Thus, wokeness works by habituating the majority to the reduced expectations that I introduced in my first installment on the Great Reset. It does this by instilling a belief in the unworthiness of the majority to thrive, prosper, and enjoy their lives. Wokeness indoctrinates the majority into the propertyless future (for them, at least) of the Great Reset, while gratifying the Left, its main ideological propagators, with a sense of moral superiority, even as they too are scheduled to become bereft of prospects.

One question remains. Why is wokeness more suited to the objectives of the Great Reset than socialist-communist ideology? To answer this question, we must recall the selling points of socialism-communism. Despite the levelling down that I mentioned above, socialism-communism is promissory. It promises benefits, not deficits. It does not operate by promising the majority that they will lose upon its establishment. Quite to the contrary, socialism-communism promises vastly improved conditions—yes, fairness, equality, or equity but also prosperity for the mass of humanity, prosperity that has been denied it under capitalism. The workers of the world are called to unite, not under the prospect of reduced expectations, but on the basis of great expectations—not, according to Marx, to establish utopia, but at least to destroy and replace the current dystopia with a shared cornucopia. We know, of course, how this promise is kept. But it is nevertheless still proffered and believed by all too many in our midst.

We have seen, on the other hand, the subtractive character of woke ideology. Wokeness demands the forfeiture of advantages on moral grounds. Unlike socialism-communism, it does not offer empowerment or advocate the takeover of the means of production and the state by political means. Wokeness is a form of recrimination that compels the abdication, not the acquisition, of goods.

Woke ideology, I contend, has tilled the soil and planted the seeds for the harvest that the Great Reset represents to the ruling elite. Was wokeness intentionally crafted for this purpose? I don’t think so, but it nevertheless can and is being adopted for these ends, just as other ideological formations have been used for other ends. The ruling elite appropriates the available means at its disposal to effect its plans, including available ideologies. Woke ideology was available and ready for appropriation and application. Wokeness serves the Great Reset best, and thus we see the language of wokeness in the books and other literature devoted to its establishment: fairness, inclusion, etc.