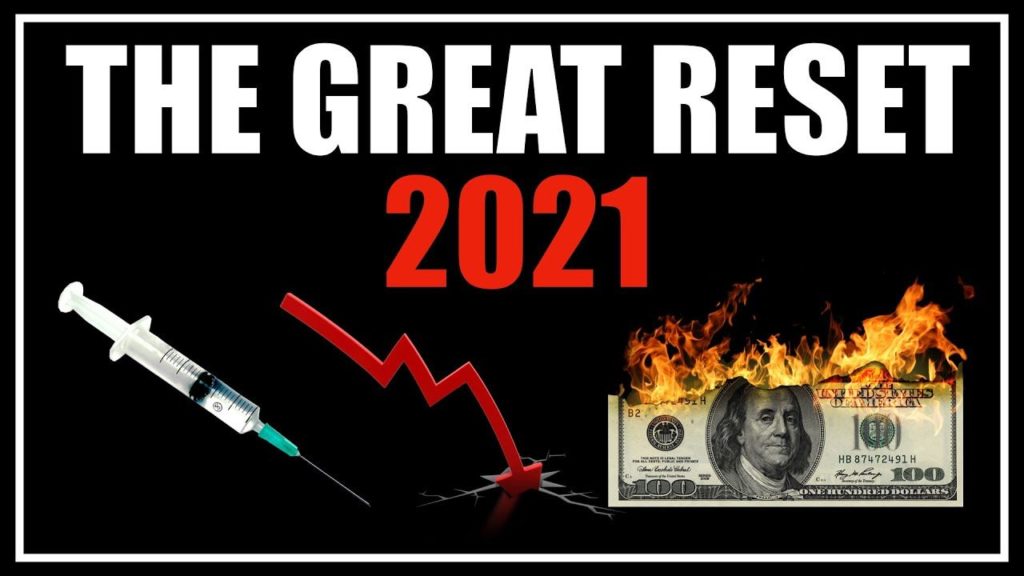 Make no mistake: HUGE change is upon US during this third decade of the Third Millennium no matter what predictions come true or don’t.

Nothing demonstrates that inevitable “Huge change” more than the worldwide execution of OPERATION COVID-19 since January of 2020.

The NWO globalist perpetrators are only one year into what is essentially a global lockdown scheme, and look at how far they have come.

COVID-1984 is already here, especially in places like the United Kingdom, Israel, Australia, Canada, New Zealand, Germany, France, Spain, etc.  Notice how all the Five Eyes are in various stages of draconian lockdown with the exception perhaps of the United States.

REPEAT: THE ENTIRE NZ CAPITAL WAS JUST
LOCKED DOWN BASED ON ONE FAKE CV19 TEST

Such is the sheer power and overwhelming influence of the World Shadow Government that exerts virtually complete control over the entire planetary civilization.

That a fake virus, which hasn’t even been proven to exist, is then tested for with a test that the inventor said was totally inaccurate and not even scientifically applicable, which is then used to lock down whole nations, is as inconceivable as it is preposterous.

And, yet, here we are in 2021, still being stampeded like sheep into pens of Covid compliance and corralled into cattle cars of vaccine consent. WOW ! ! ! 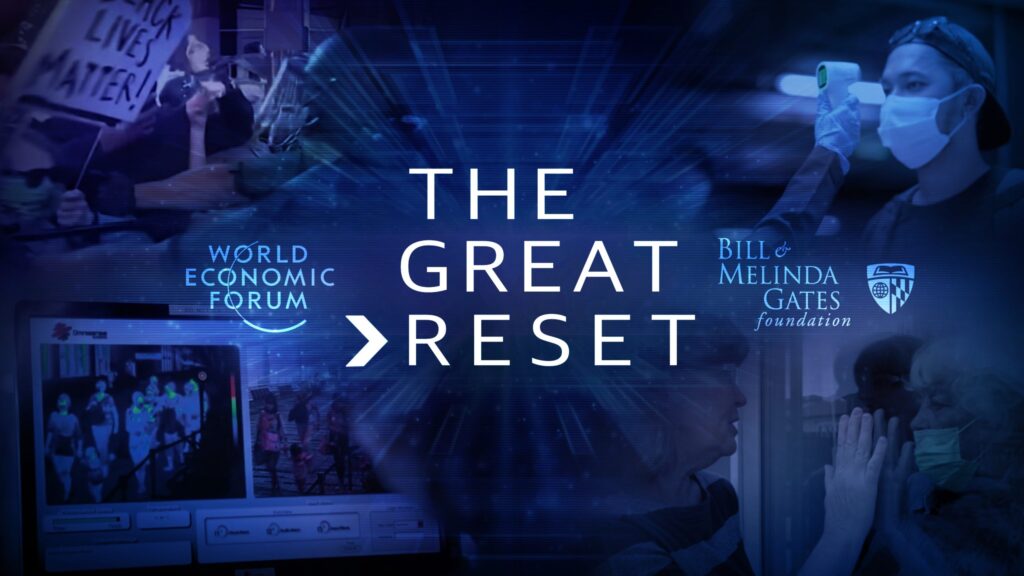 What does all of this have to do with the GREAT RESET?

The GREAT RESET is really the “great global lockdown”.

The Powers That Be (TPTB) needed a pretext to lock down every country within the world community of nations … and so they simply conjured up one—the utterly fake and fabricated Covid-19 Pandemic of 2020.

There’s obviously no coincidence that the power elite had been throwing around so many notions having to do with the GREAT RESET throughout 2019 just prior to the staged Wuhan coronavirus outbreak.  The main institutional promoter of the GREAT RESET has been the World Economic Forum and especially its executive chairman Klaus Schwab.

Klaus Schwab, the founder of the World Economic Forum (WEF) that meets yearly in Davos, is the perfect “Dr. Strangelove” to usher in the GREAT RESET. See: FLASHBACK: Dr. Strangelove and the Bomb (Video)

While the preceding video concerns the “Doomsday Machine” (you get the picture) in that Stanley Kubrick classic, it also foreshadows the workings of the thoroughly Strangelovian Klaus Schwab, particularly in light of his “leadership capacity at Sulzer Escher Wyss, the company sought to aid the nuclear weapon ambitions of the South African regime.”[1] 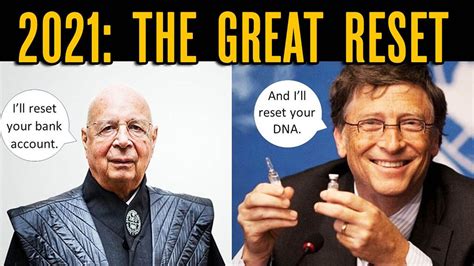 A certifiably crazy German engineer (and phony economist) — Klaus Schwab — was selected by the NWO cabal to pitch a GREAT RESET that is really a “great incarceration of the human race”.

The following excerpt from a highly detailed exposé entitled Schwab Family Values says it all:

Clearly, Schwab was installed at the WEF so he could advance the New World Order agenda in the wake of the global chaos, worldwide confusion and international conflict created by the absurdly Kafkaesque CORONAhoax.

Schwab and his ultra-rich WEF cronies are unilaterally implementing a covert supranational agenda that will ultimately strip national sovereignty and territorial integrity from every nation on Earth.  They are basically ghettoizing every square inch of planet Earth for the 99% while carving out green spaces for themselves via Agenda 21 and 2030 Agenda for Sustainable Development.  Both of these UN agendas are simply ways of putting lipstick on the pig of the ongoing cultural genocide and massive land thefts being surreptitiously carried out around the globe.

They are also using key elements of the Fourth Industrial Revolution to accomplish these goals planet-wide, which will essentially transform the world into a Fourth Reich where the super elites rule by remote via a tyrannical technocracy.  And, where the top operational AI decision-makers are literally Autonomous Superintelligence entities devoid of humanity and made in the image and likeness of their satanic overlords (see graphic below). 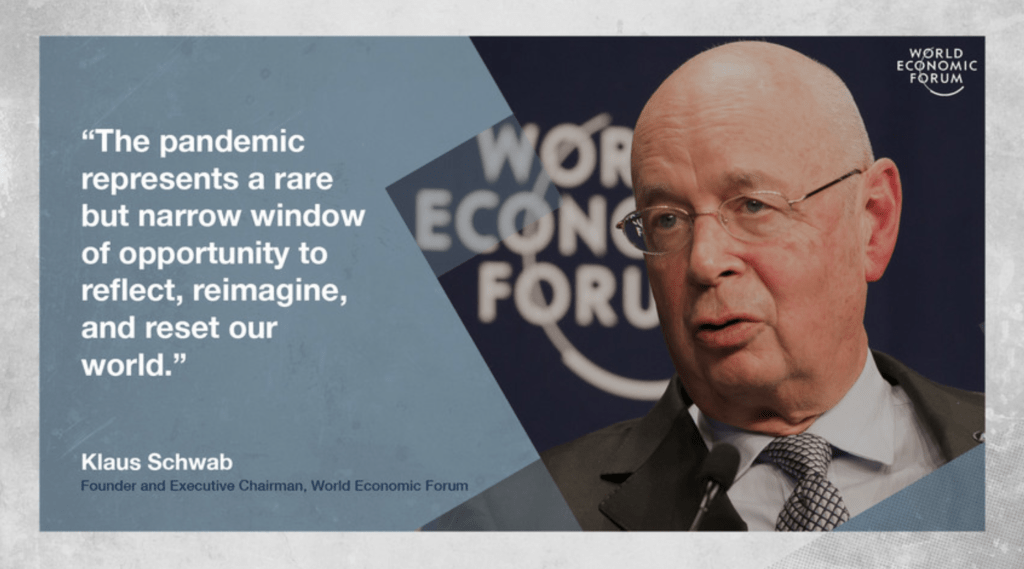 Just consider how German Chancellor Angela Merkel was able to take over virtually all of Europe, adroitly using the European Union government, without firing a single shot.  Adolph Hitler would be extremely proud of Merkel’s accomplishment of subjugating the Eurozone without even one armed conflict or border skirmish.  Allowing the unlimited flow of illegal aliens and economic immigrants into the 26 nation Schengen Area proved to be a brilliant strategy by which all of Europe was conquered from within.

Of course, Germany was able to pull this off because they possessed the most Deutsche Marks.  Even though Deutsche Bank has been virtually been bankrupted in the process, Merkel has has successfully revitalized the Third Reich.  Through massive undercover funding, these same bankster tactics being utilized by the COVIDcon perps who brazenly bribe and bully countries the world over to foist lockdowns on their citizenries.  This is all done via enormous illegal bribes and extortion payments provided by the World Bank and IMF.  As follows:

Isn’t it quite telling that two of the most powerful people in the world today are German—one a mechanical engineer (Schwab) and the other a chemical research scientist (Merkel)?