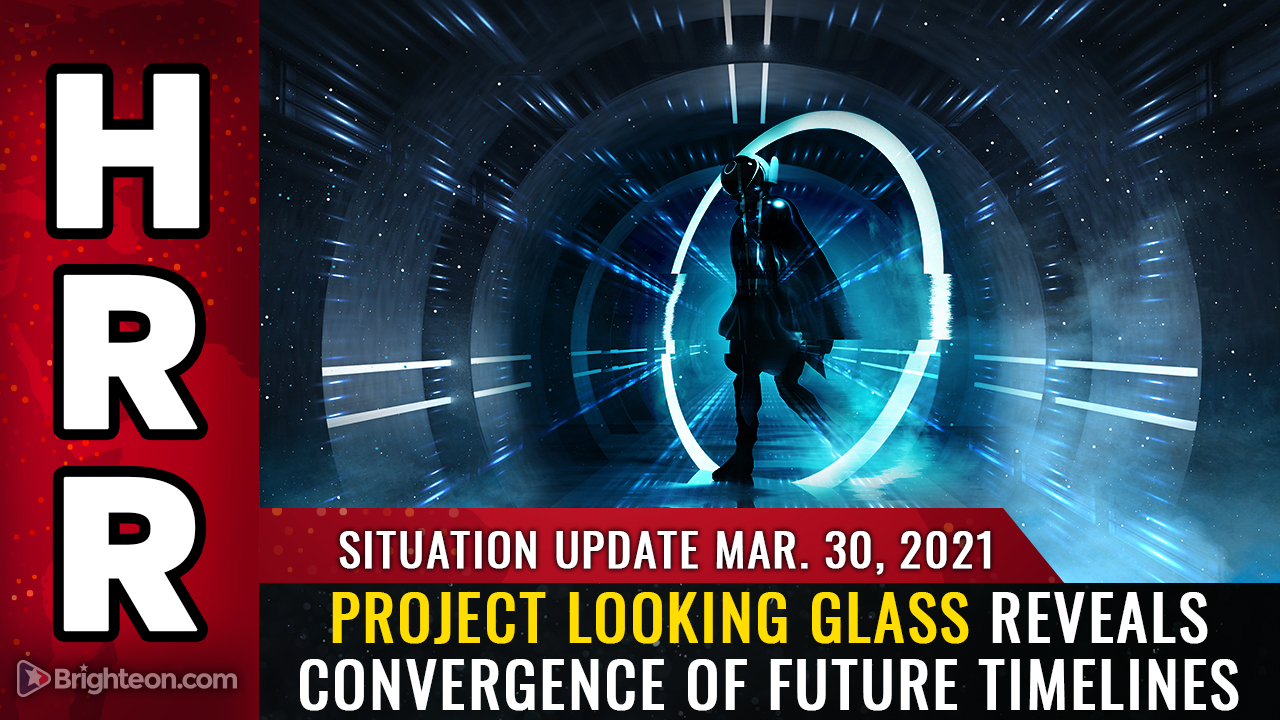 In today’s Situation Update podcast, we cover killer robots, the coming George Floyd post-court case chaos, the CDC’s deliberate collapsing of the U.S. housing supply, deadly side effects from the AstraZeneca vaccine, the rolling out of medical fascism “vaccine passports” and the important role of vitamin D in preventing pandemics.

Beyond all that, we take a closer look at Project Looking Glass, which is a secret government program based on exotic (alien?) technology that allows scientists to query the future and get answers in terms of probabilities and certainty statistics. This stunning technology, according to multiple whistleblowers (whose videos are available on Brighteon.com), reveal that all future timelines have converged into a single track with a single outcome… and that outcome is one of awakening and ascension. God wins and evil is defeated.

Importantly, we have already passed the point of convergence in these timelines, meaning there’s nothing that Satan, the deep state and demonic forces can do to stop the ultimate victory of good over evil. It doesn’t mean they won’t try to cause as much pain, suffering and destruction as possible in their last remaining moves, but the final outcome is already preordained.