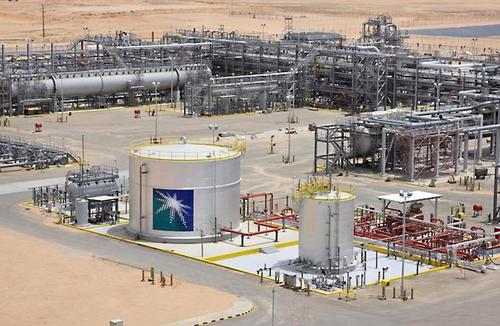 Saudi Arabia has confirmed a fresh Houthi attack on Saudi Aramco facilities on Friday, for which Riyadh is further pointing the finger at Iran. The kingdom said the continued attacks threaten “the security and stability of the world’s energy supplies”.

The Yemeni Shia group which the US-Saudi coalition has been at war with since 2015 initially claimed responsibility for the Friday attack on the Saudi capital. An Aramco refinery had been hit by what was reported as six-bomb laden drones, resulting in a fire which later came under control without impacting oil supplies at the plant.

Later Saudi officials said the projectiles released by the drones were made in Iran. “Missiles used in the attacks on Saudi Aramco facilities, for which Yemen’s Tehran-backed Houthi group has claimed responsibility, were made in Iran, a Saudi minister said,” as cited in Bloomberg.

Minister of state for foreign affairs Adel Al-Jubeir issued a statement saying “All of the missiles and drones that came into Saudi are Iranian-manufactured or Iranian-supplied.”

Suggesting further the attack may have also ‘directly’ involved Iranian operatives such as the IRGC (and not just the Houthis as proxies), he added: “Several of them, as we’ve said, came from the north; several came from the sea.”

Russia alongside others condemned the attack on the oil facilities and urged a halt in violence. It comes after prior such Houthi attacks on Saudi Arabia this month, which saw oil prices rise above $70 a barrel in a first since January 2020.