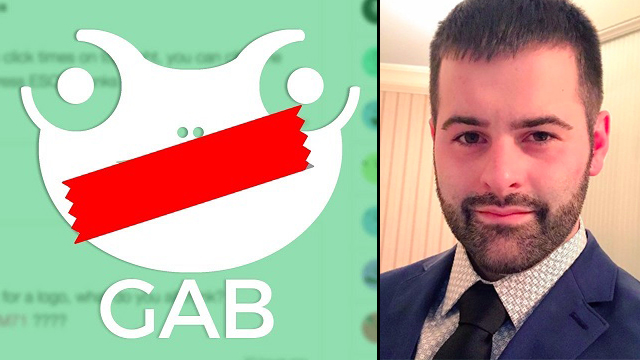 Gab CEO Andrew Torba on Monday revealed how his pro-free speech social media site has been banned from 4 banks and one credit card “in the past month alone.”

“Operation Chokepoint is back under Biden,” Torba said in a post to Gab, referencing an Obama regime ploy which subjected firearms dealers and other regime targets to financial blacklisting. “4 banks and 1 credit card shut down Gab in the past month alone. We have spoken to other alt tech platforms who are experiencing the same, but have not gone public with it yet. This is 100% targeted and political.” 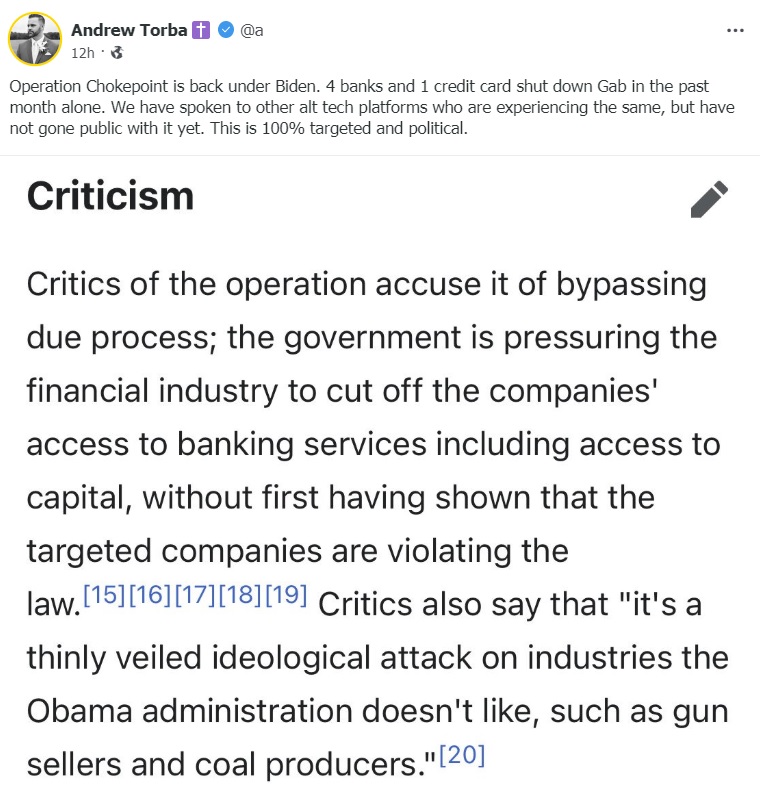 “It’s getting to the point where we are seriously considering buying our own bank,” Torba said last week on Twitter. “I’m not kidding.”

Torba said that Gab was banned by the Evangelical Christian Credit Union last week after he “spent weeks speaking with multiple people, opening our account, wiring them a large sum of money for an initial deposit, and explaining our story and business model to them.”

“They wasted a whole lot of my time and ended up being just like all of the other banks,” Torba said. 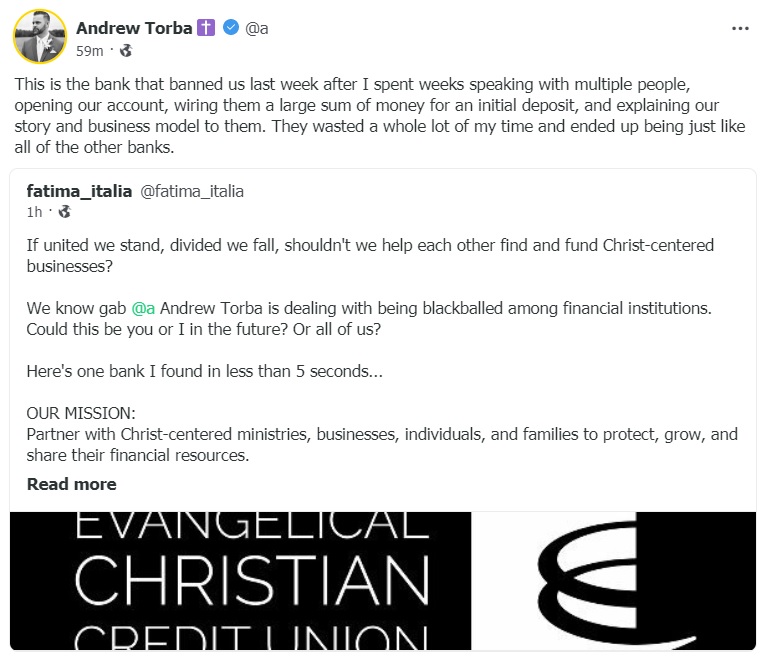 Just minutes before that post, Torba said he would “be naming another bank that banned us for no reason again probably tomorrow once our money that was in the account clears,” adding that “this one will surprise you.” 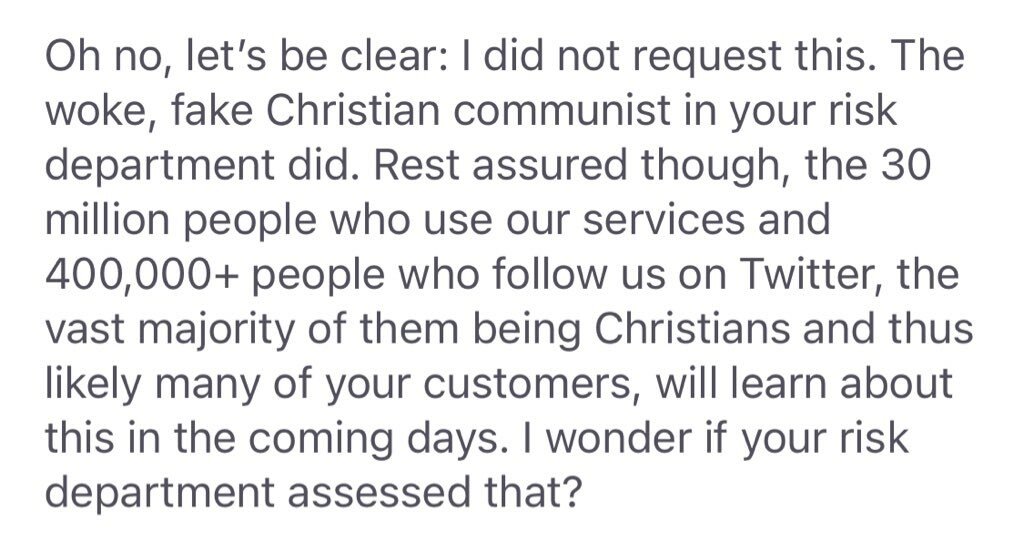 I’m not sure if that was the same bank or not.

Regardless, there’s no reason to believe this politics-based financial blacklisting operation isn’t going to rapidly expand.

Big Tech is on an absolute rampage and the White House is pressuring them to censor even more.

Gab has survived an absolutely relentless onslaught of Big Tech censorship and blacklisting.

After multiple failed attempts to take Gab offline, the Anti-Defamation League in January pushed for the Justice Department to launch a criminal investigation into Gab and Torba in a blatant act of political intimidation and repression.