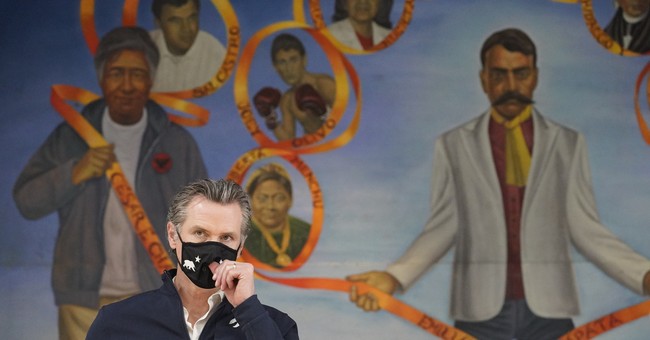 On Tuesday, Texas Gov. Greg Abbott lifted his state’s last remaining business restrictions and mask mandates, joining Mississippi, Louisiana, and Michigan by easing many burdens on their states’ economies and educational opportunities for their children.

Over in California, Governor Gavin Newsom, who currently faces an existential threat to his political future with a grassroots-led recall effort, described Abbott’s proclamation as “Absolutely reckless.”

The Guv was summarily “ratioed,” as the cool kids like to say. And for good reason.

Let’s talk about recklessness for a moment, shall we?

First off, let’s examine what Abbott’s decision really involves. When making his announcement, Abbott said, “Removing statewide mandates does not end personal responsibility or the importance of caring for your family members. Personal vigilance to follow the safe standards is still needed to contain [COVID-19]. It’s just that now state mandates are no longer needed.”

In other words, the people of Texas will be responsible for protecting themselves and their families and, if they choose, their businesses by continuing to take the appropriate precautions they believe best fit their personal needs and dangers.

It’s called liberty and personal responsibility. Frankly, for many Texans, Abbott’s reliance on traditional Texan principles is too little too late.

But for Newsom, Abbott might as well have just injected COVID-19 directly into the veins of his populace.

Imagine if Newsom had spent the last several months trusting his voters and relying on their judgment and respecting their rights and liberties so that they could make informed decisions for themselves rather than have them languish under the draconian and arbitrary proclamations he delivered from his cloistered and protected bunker in Sacramento.

Well, thanks to none other than NPR, we don’t have to imagine such things. They’ve done an exhaustive comparison between Fort California, run by Warden Newsom, and the relatively free Florida under Gov. Ron DeSantis.

Let’s be clear, DeSantis was given the same information, the same data, the same precautions, and the same recommendations at the onset of this pandemic as his counterparts in California and New York. But, his leadership in the face of those recommendations compared to Newsom’s and Gov. Andrew Cuomo’s thoughtless, blind adherence to un-named experts resulted in a stark and remarkable difference.