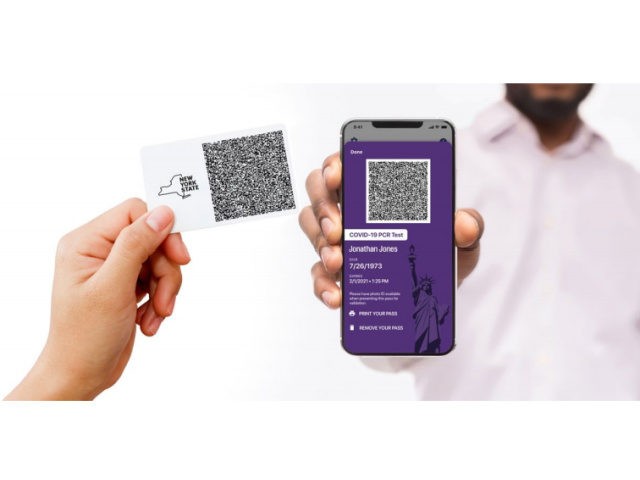 New York is the first state to formally launch a “vaccine passport” program, allowing New Yorkers to pull up a code on their phones to prove they have received a vaccine for the Chinese coronavirus or have tested negative.

The vaccine passport, called the Excelsior Pass, is what USA Today describes as a “first-in-the-nation certification,” which will be used at large-scale events and entertainment venues. It became available to New Yorkers on Friday, and the venues that accept it are expected to expand in the coming days and weeks.

This month, the Cuomo administration announced the Excelsior Pass, developed in partnership with IBM, would be tested at Madison Square Garden and Barclays Center.

“We’re doing everything we can to vaccinate as many New Yorkers as possible, as quickly as possible, while keeping the infection rate down and reenergizing our economy in a safe, smart way,” Cuomo said in a statement.

“As we begin reopening the valves on different sectors of our economy, we are putting guidelines in place to ensure individuals attending events involving larger gatherings have tested negative for COVID or have been vaccinated to avoid an outbreak of the virus,” he continued.

“The Excelsior Pass will play a critical role in getting information to venues and sites in a secure and streamlined way, allowing us to fast-track the reopening of these businesses and getting us one step closer to reaching a new normal,” he added.

Like an airline boarding pass, people will be able to prove their health status with a digital QR code – or “quick response” machine-readable label. They’ll need to download the Excelsior Pass app, enter their name, date of birth, zip code and answer a series of personal questions to confirm their identity. The data will come from the state’s vaccine registry and also will be linked to testing data from a number of pre-approved testing companies.

The new pass is part of a growing but disjointed effort to provide vaccine “passports” or certifications, so people won’t have to hang onto a dog-eared piece of paper, worry about privacy issues or forgeries, or fork over extra cash to prove they’re not contagious.

In contrast, Florida Gov. Ron DeSantis (R) balked at the idea of requiring vaccine passports, deeming it a “terrible” and “unacceptable” idea and vowing they will not be required in the Sunshine State.

“The vaccine passport is a terrible idea. We are definitely not going to require anything from the state’s perspective. That is totally off the table,” DeSantis said during a roundtable discussion this month with renowned doctors and epidemiologists.