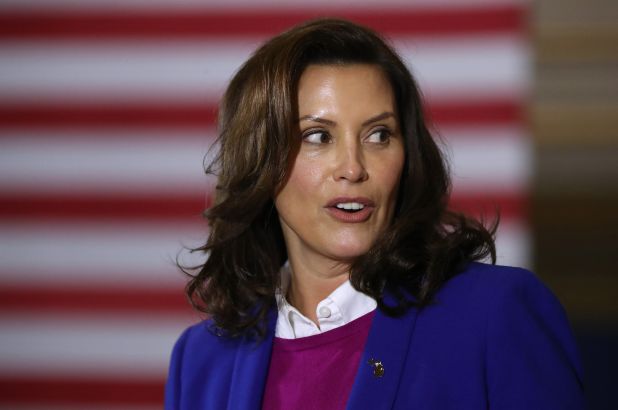 Michigan attorney general Dana Nessel has announced there will be no state investigation into the COVID-19 nursing home deaths scandal, which was done at the behest of Governor Gretchen Whitmer.

Whitmer’s right-hand woman Nessel will be doing what she can to cover-up the scandal, similar to how she covered up voter fraud and issued threats to whistleblowers to intimidate and silence them.

“Though I will not hesitate to act when justified, I also will not abuse the investigatory powers of this department to launch a political attack on any state official, regardless of party or beliefs,” Nessel said in a statement released on Monday.

“Gov. Whitmer’s regional hub policy placed patients with and without COVID-19 in the same facilities and may have exacerbated the death toll in those facilities,” said Runestad in a press release.

“Questions remain regarding the accuracy of data, compliance with CDC guidelines and compliance with our state’s Freedom of Information Act. There is a critical need for a full investigation into these matters,” he added.

Nessel is claiming that all the scrutiny is politically motivated as she covers up the illicit actions perpetrated by her boss.

“Law enforcement officials have an ethical duty to ‘resist political pressure intended to influence the conduct, focus, duration or outcome of a criminal investigation,’ and to ‘limit the political impact’ of an investigation ‘without regard to the official’s personal political beliefs or affiliations,’” Nessel said in her response to Runestad.

Big League Politics has reported on the possible hush money payments paid out by Whitmer to health bureaucrats with taxpayer loot:

Whitmer abruptly and unexpectedly paid off former state health department director Robert Gordon a bounty of $155,506 in which he signed a non-disclosure agreement of sorts. Critics are calling this a hush money payment in a desperate attempt to protect Whitmer from a criminal probe.

Additionally, Gordon assisted in operations at the absentee ballot processing center in Detroit and helped to institute a Gestapo-style regime at the TCF Center, where observers seeking to watch ballot counting were greeted with blocked-out windows. He was instrumental in the scheme to exploit the COVID-19 scamdemic to allow suspect mail-in ballots delivered at the dead of night with no accountability to be processed without poll challengers present.

If anyone knows where Whitmer’s bodies are buried so to speak, it is Gordon. After quietly resigning in January, Gordon negotiated the large payout through his attorney, Mark Totten. He signed a four-page agreement with the state on Feb. 22.