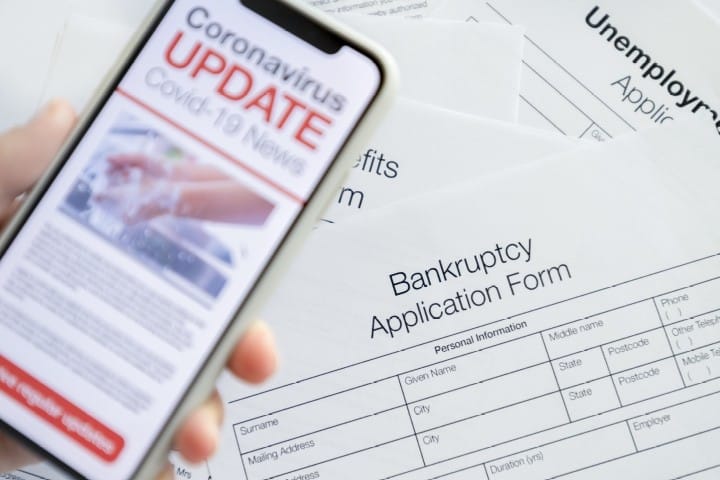 Almost a year after governments at all levels used COVID-19 as a pretext for forced quarantines for the non-sick, causing many businesses to fail, those that survived on loans are now declaring bankruptcy at an all-time high. Court records show that Chapter 11 filings were up nearly 20 percent in 2020 compared with 2019.

Well, we all saw this coming. It was as predictable as wet streets after a heavy rain.

With many people staying home and ridiculous occupancy limits at restaurants and other places where people usually gather, businesses borrowing to cover operating expenses was a gamble. On the one hand, if those business could ride out the “pandemic,” they would have some debt to cover, but at least they would survive to rebuild their businesses. On the other hand — in this case, the short hand those businesses actually got dealt by pandering politicians who seem determined to tank the economy for their own purposes of power — the “pandemic” has dragged on with no end in sight.

The increased debt has become just another liability to businesses who have out-borrowed any reasonable projection of repayment. The COVID debt bubble has burst for many of them and is stretching to the bursting point for many others. 2021 will likely see many more businesses declare bankruptcy. The Washington Post reported Friday on the spate of businesses bankrupted by government policies related to COVID. That article also pointed out that “Because bankruptcy filings lag other signals of economic distress, experts say the worst may be yet to come,” adding, “Bankruptcies stemming from the 2007 financial crisis didn’t peak until 2010.” So, yes, the worst may be yet to come.

As the Post article shows, the most recent batch of bankruptcies are far from being evenly distributed across the spectrum of businesses. While the overall increase increase in bankruptcies was around 20 percent, the breakdown shows that the lion’s share belongs to businesses in the energy, retail, and entertainment industries. From the Post:

Bankruptcies filed by entertainment companies in 2020 nearly quadrupled, and filings nearly tripled for oil and gas companies, doubled for computer and software companies and were up 50 percent or more for restaurant owners, real estate companies and retailers, compared with 2019, data from the research firm show. There were 5,236 Chapter 11 filings in 2019, but 6,917 last year, a tally at least 30 percent higher than any of the previous four years.

The Post article sheds some light on the crisis by way of anecdotes: A music school in New Albany, Ohio, has taken on $1 million in loans and $35,000 in credit-card debt while trying to stay afloat during the COVID lockdown. And before closing its doors (likely forever), an upscale restaurant in Providence, Rhode Island, received more than $450,000 in federal small-business funds to help pay workers, but still found it was not enough.