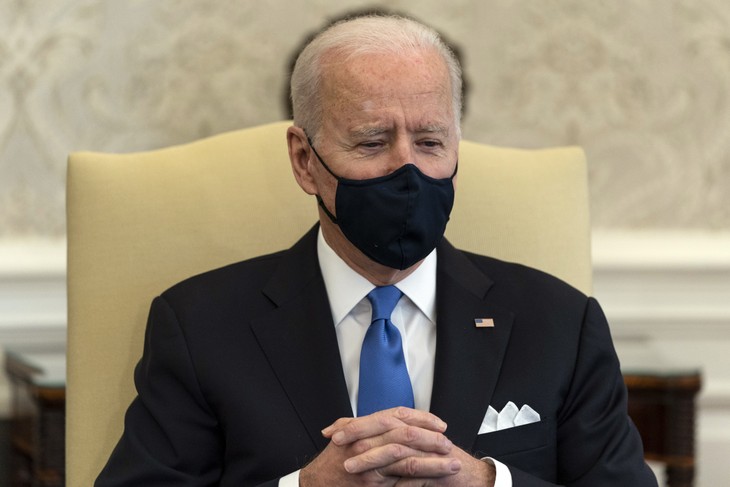 On Monday, Joe Biden will sign yet another executive order that will establish a White House Gender Policy Council, which will “ensure that the Biden-Harris Administration advances gender equity and equal rights and opportunity for women and girls.”

This comes after Biden signed an executive order on his first day in office that effectively destroyed girls’ sports.

Here’s how the White House says the council will function.

The Council will work in coordination with the existing policy councils to advance gender equity and equality, including by:

The Obama administration also had a similar body, called The White House Council on Women and Girls… and we all know how that turned out.

In May of 2016, the Obama administration declared that the Departments of Justice and Education would both “treat a student’s gender identity as the student’s sex for purposes of enforcing Title IX,” and issued a directive to all public school districts in the country to allow students to use the bathrooms matching their “gender identity.”

So, under Obama, schools had to let boys use girls’ bathrooms, or risk losing Title IX funding. If you were a boy and wanted to get a peek at girls changing in the girls’ locker room, you could claim to identify as a girl and the school would have to oblige or risk losing their Title IX funding. If you were a mediocre player on the boys’ sports team, you could identify as a girl and get to play on their team, and potentially crush the competition. Thanks to Barack Obama, the school not wanting to risk losing their Title IX funding, would have to oblige. The New York Times noted that the Obama administration directive didn’t have the force of law, but it “contains an implicit threat” that schools that did not “abide by the Obama administration’s interpretation of the law could face lawsuits or a loss of federal aid.”

From the get-go, this was a gross overreach. Title IX only makes reference to biological sex, not “gender identity” or “gender expression;” ergo, Obama’s decree amounted to rewriting Title IX without Congress’s approval. Obama intentionally treated sex and “gender identity” as the same thing in order to redefine a decades-old law when it suited his needs. Joe Biden’s Gender Policy Council will no doubt bring back this nonsense.

And yet at the time, it was justified for being fair and equitable. “I think that it is part of our obligation as a society to make sure that everybody is treated fairly, and our kids are all loved, and that they’re protected and that their dignity is affirmed,” Obama said at the time. Do you see how it all works? What about young girls who didn’t want to share bathrooms and changing facilities with boys? Their privacy, their dignity, their concerns were not relevant. The fairness for girls who spent years training and competing against other girls suddenly competing against biological boys with physical advantages over them was also not relevant.