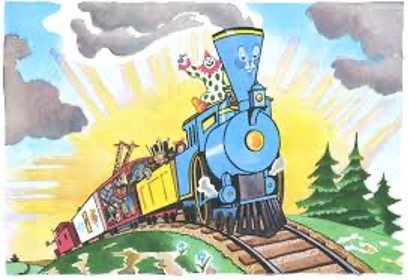 Since the announcement of Klaus Schwab’s Great Reset, many people have become increasing aware of and/or increasingly concerned over the prospect of a New World Order.

Although it’s been in the works for over a century, in recent decades, preparations for the actual implementation have become increasingly apparent, and now that the rollout has begun, the reality of its tyrannical intent is coming home more than ever before.

Interestingly, most all people who comment on the coming of a New World Order seem to treat it as a foregone conclusion. Not only that, they tend to assume that it’s certain to live up to its title: a dominant oligarchy that will blanket the globe.

But is that dark prediction a certainty? Let’s back up a bit here and look at this from above the treeline of all the hoopla and see it as it really is.

First, where did the concept come from? Certainly, sociopaths have always existed, and they tend to wish to be omnipotent. And we know from history that there are no lengths that they will not go to, to achieve their power.

Possibly the first such individual who was clever enough to attempt it on an economic basis was Mayer Rothschild in the eighteenth century. He succeeded in dominating Germany monetarily, then sent out his five sons to similarly dominate the most powerful countries in Europe.

The Rothschild family also had boots on the ground in the early decades of the US, forming the central bank, and although the success of that venture was not fully realized until 1913, they and their co-conspirators have never let up in their quest for world economic dominance.

But the effort really hit its stride in 1944.

In the early years of World War II, the US had supplied the allies with most everything: helmets, cannons, planes, even toothbrushes. They charged high prices for it all and insisted on being paid in gold. Not surprisingly, then, that toward the end of the war, when factories all over Europe had been bombed, the US had large, new factories – all paid for by Europe – plus millions of returning servicemen, ready to create all the goods needed by the entire Western World after the war.

But they also, at that point, held more than 60% of the world’s gold.

A total of forty-four countries attended the Bretton Woods Conference, which was ostensibly held to discuss the best way forward to create the post-war economy, but truth be told, it was really a politely veiled announcement that the US would now be the undisputed economic boss and the other nations would be allowed to hitch onto the coattails of the US boom if they behaved themselves.

It was clear that the US had a fait accompli and quite a few nations decided to hitch their coaches onto the US post-war prosperity train. Those countries that were most closely hitched profited most during the next decades, whilst those who made a lesser connection tended to become less prosperous.

Part of the deal was that the dollar would be the world’s default currency, and along the way, the petrodollar became the currency for most all settlements for oil purchases.

The US was riding high, and the other nations – most notably Canada, the UK, much of Western Europe, Japan and Australia – were along for the ride.

But in 1971, the US surprised the world by decoupling the dollar from gold. Essentially, the message was, “We’re reneging on our part of the deal – payment in gold – but we’ll still expect you to keep up your end of the agreement and defer to us as the leader.”

The US then increasingly turned to debt creation as its new currency, and although it would – long term – be extremely unwise, the other countries remained hitched to the Bretton Woods Choo-Choo.

Like all parties, this one couldn’t last forever, and today the train is no longer running on real prosperity (the provision of goods and services). It now runs almost entirely on debt, and to keep the train going, trillions of dollars are now being created to shovel into the firebox to keep the engine going.

We’re now at the tipping point: The train is headed into the terminal at breakneck speed. And just like a speeding train, the greatest damage will be to the engine itself, at the moment of the crash. After that, the coaches that are hitched to it will be damaged in keeping with how close to the engine they are. That is, the nations that are most closely tied to the US economically will be those most affected. They will also go off the rails. But for those further to the rear (those less linked through trade), the damage will be less.

Most readers will be located either in the US or another First World country. That means that they will be aware that the crash is going to impact their lives dramatically. But interestingly, the great majority of them assume that the entire world will be equally affected by the train wreck. This is not so.