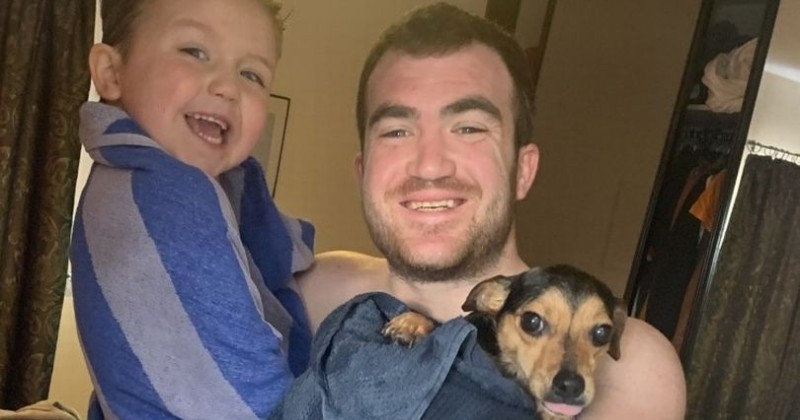 “He struggled and he mentioned that it felt like Groundhog Day.”

The family of a father with a 3-year-old child blamed the struggles caused by the UK’s third COVID-19 lockdown for his tragic suicide.

31-year-old Ross McCarthy took his own life after worsening mental health caused by the lockdown turned his existence into “Groundhog Day.”

“The first lockdown was easy because you could go in the back garden,” said McCarthy’s 26-year-old fiancée Charlotte, adding, “It was fantastic because you could get out and go for walks but this one he worked throughout on sites in this cold weather and us not being able to do anything had a massive impact.”

“Mental health has been a silent killer of this Covid-19 pandemic. He struggled and he mentioned that it felt like Groundhog Day,” she said.

The couple had been due to get married last Christmas, but after that was cancelled due to lockdown, McCarthy’s mental health took a downward turn.

“He ended up having to find and pay for his own counsellor in a desperate search for inner peace, and despite a recent improvement in his mental wellbeing, the third lockdown eventually ended up overwhelming him,” reports Yorkshire Live.

McCarthy’s family have responded to his death by using it as a rallying call for more mental health awareness amongst men. The most likely cause of death for men under the age of 45 in the UK is suicide.

Suicides and other mental health traumas caused by lockdown have largely been overlooked by health authorities, in addition to the untold number of deaths that will be caused by people refused or unable to obtain treatment for serious illnesses.

Earlier this year, academics from Duke, Harvard, and Johns Hopkins cautioned that there could be around a million excess deaths over the next two decades as a result of lockdowns.

This followed a similar warning by Peter Nilsson, a professor of internal medicine and epidemiology at Lund University, who said that the economic devastation caused by lockdowns will cause more deaths than the coronavirus itself.