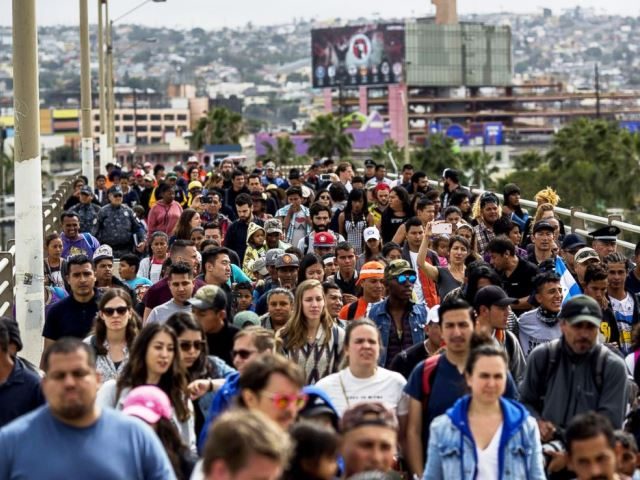 The Biden Administration has been touchy about using the word “crisis” to describe the catastrophic flow of illegal aliens across our border ever since he took office. Most Republicans think it’s because of the Administration’s reluctance to admit failure. More likely, it’s because they don’t see it as a failure at all. In fact, their plans are succeeding – just a little bit more than they had expected.

The Biden Administration intentionally caused a surge of migrants across the border, and it started on the first day of Biden’s presidency. He announced a 100-day “pause” in deportations. That sent an immediate and undeniable signal to people in Mexico, Nicaragua, Honduras, and Guatemala. Migrants understood it as:  “You have 100 days to make it to the United States—if you make it in, you get to stay.”

Biden’s acting DHS Secretary stated at the time that allowing “certain noncitizens ordered deported” to stay in the country “will allow DHS to ensure that its resources are dedicated to responding to the most pressing challenges that the United States faces….”  That was revealed as a lie a few weeks later when the Biden Administration announced new guidelines that dramatically restricted ICE’s ability to deport illegal aliens. Under the new guidelines, it’s extraordinarily difficult for ICE officers to remove anyone who is not a convicted aggravated felon, a member of a gang, or a terrorist. ICE officers aren’t being reassigned to “more pressing challenges” like the acting Secretary claimed. They are literally being forced to sit behind their desks.

ICE officers report that the situation is desperate. They are unable to remove more than 80 percent of the aliens who would have been removed from the country under Trump Administration protocols. Undertaking the removal of a less-threatening illegal alien now requires getting special permission from the anti-enforcement holdovers from the Obama years who now run the agency. And that permission is rarely granted. As a result, morale in the agency is at an all-time low. ICE agents are witnessing the surge of illegal aliens across the border, but their leadership refuses to let them get out of the building to do their jobs.

As if this wasn’t bad enough, the Biden Administration compounded the 100-day pause and the new ICE guidelines with the ending of Trump’s “Remain in Mexico” policy, which forced asylum applicants to wait in Mexico for their future asylum hearings in American immigration courts. As I have written previously, this was a crucial reform because approximately 90% of the asylum claims are ultimately rejected; consequently, many of the applicants disappear into the fabric of American society and never show up for the hearing. With the end of the “Remain in Mexico” policy, some 25,600 asylum applicants waiting in Mexico were allowed in. And this was on top of the new wave of migrants heading for our border.

A massive 78,000 migrants showed up in January—a ten-year record for the month of January. In February, the number was even bigger—Customs and Border Patrol reported 100,441 encounters. The flow has jumped to an average of more than 3,000 border crossers daily. That’s roughly triple the typical 1,100 a day during the last year of the Trump Administration. And the general rule is that for every one migrant apprehended, another three successfully sneak in illegally. That means that more than half a million additional illegal aliens entered the United States during the first two months of the Biden Administration.