While the outrageously conflicted investigative commission put together by the World Health Organization has dismissed the possibility of SARS-CoV-2 being a lab-leaked virus, deciding to pursue the imported frozen food theory instead,1,2,3 the lab-origin story refuses to die, and for good reason.

There’s just too much evidence pointing in that direction. Evidence of U.S. involvement is also mounting, although it hasn’t received quite as much coverage. Two individuals who have been heavily implicated are:

• Dr. Anthony Fauci, director of the National Institute of Allergy and Infectious Diseases (NIAID) who rose to national prominence as the leader of the White House Coronavirus Task Force.

• Peter Daszak, Ph.D., president of EcoHealth Alliance, a nonprofit organization focused on pandemic prevention that has worked closely with bat coronavirus researcher Shi Zhengli and others at the Wuhan Institute of Virology (WIV).

Daszak was chosen to be on two separate commissions charged with investigating the origin of SARS-CoV-2, one by the WHO4 and one by The Lancet.5

His inclusion has been widely criticized, as he played a central role in the plot to obscure the lab origin of SARS-CoV-2 from the very beginning by crafting a scientific statement condemning such inquiries as “conspiracy theory.”6,7 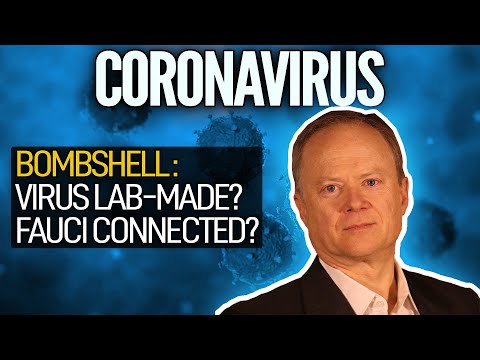 In the video above, Chris Martenson, Ph.D., reviews Newsweek’s reporting8,9 on NIAID-funded gain-of-function research on bat coronaviruses at the WIV. Newsweek wrote a series of articles on this in late April 2020.

I first mentioned that the outbreak had the hallmarks of a laboratory escape in my February 4, 2020, article, “Novel Coronavirus — The Latest Pandemic Scare.” Now, well over a year later, mainstream media like Politico10 and The New York Times11 are picking up the threads as well.

US Defense Suspected Lab Origin From The Start

In its April 27, 2020, article,12 Newsweek noted that, according to a March 27, 2020, U.S. Defense Intelligence Agency assessment report, SARS-CoV-2 was likely an accidental release from an infectious diseases laboratory. In its original January 2020 report, the DIA had stated the outbreak “probably occurred naturally.”

According to Newsweek,13 “The classified report, titled ‘China: Origins of COVID-19 Outbreak Remain Unknown,’ ruled out that the disease was genetically engineered or released intentionally as a biological weapon.”

More recently, in his March 8, 2021, Politico article,14 columnist Josh Rogin also points out that “just months into the pandemic, a large swath of the government already believed the virus had escaped from the WIV lab, rather than having leaped from an animal to a human at the Wuhan seafood market or some other random natural setting …”

Rogin also touches on key pieces of research that support the lab-origin theory by presenting a highly credible theory for how the virus became so highly adapted for human infection, namely coronavirus studies done on mice genetically engineered to express the human ACE2 receptor. He writes:15

“A little-noticed study was released in early July 2020 by a group of Chinese researchers in Beijing, including several affiliated with the Academy of Military Medical Science.

These scientists said that they had created a new model for studying SARS-CoV-2 by creating mice with humanlike lung characteristics by using the CRISPR gene-editing technology to give the mice lung cells with the human ACE2 receptor — the cell receptor that allowed coronaviruses to so easily infect human lungs.

After consultations with experts, some U.S. officials came to believe that this Beijing lab was likely conducting coronavirus experiments on mice fitted with ACE2 receptors well before the coronavirus outbreak — research that they hadn’t disclosed and continued not to admit to.”

Indeed, in 2015, Daszak spoke at a National Academies of Science seminar on reducing risk from emerging infectious diseases, warning of the danger of experimenting on “humanized mice,”16 meaning lab mice that have been genetically altered to carry human genes, cells or tissues.