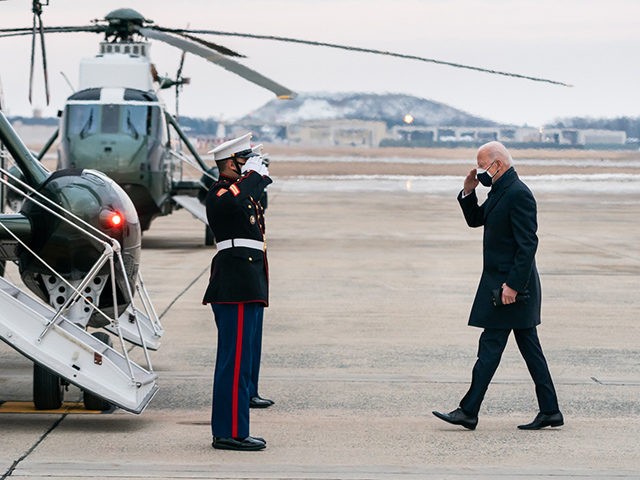 A bipartisan group of U.S. Senators — led by Todd Young (R-IN) and Tim Kaine (D-VA) — introduced legislation Wednesday that would strip President Joe Biden of war powers by repealing both the 1991 and 2002 authorizations for the use of military force (AUMF) in the Middle East.

The move comes in response to Biden’s recent airstrikes in eastern Syria, which were launched without congressional approval. The decision to launch the strike followed the shelling of an Iraqi military base that houses U.S. troops. The rocket attack left one civilian contractor dead and nine others wounded. A U.S. service member was among those hurt.

“Last week’s airstrikes in Syria show that the executive branch, regardless of party, will continue to stretch its war powers,” Kaine, a member of the powerful Senate Foreign Relations Committee, said in a statement obtained by Politico. “Congress has a responsibility to not only vote to authorize new military action, but to repeal old authorizations that are no longer necessary.”

“Congress has been operating on autopilot when it comes to our essential duties to authorize the use of military force,” Young told the news outlet. “The fact that authorities for both of these wars are still law today is illustrative of the bipartisan failure of Congress to perform its constitutionally-mandated oversight role.”

Kaine previously expressed frustration with the Biden administration’s decision not to brief Congress on the strike.

“The American people deserve to hear the Administration’s rationale for these strikes and its legal justification for acting without coming to Congress,” Kaine said. “Offensive military action without congressional approval is not constitutional absent extraordinary circumstances. Congress must be fully briefed on this matter expeditiously.”

State Department spokesman Ned Price told reporters during a regular press briefing that Iranian-made and -supplied rockets have been used in many such attacks but wouldn’t say if rockets from Tehran were involved in the Erbil attack, stating they will await the conclusions of Iraq’s investigation before attributing blame.