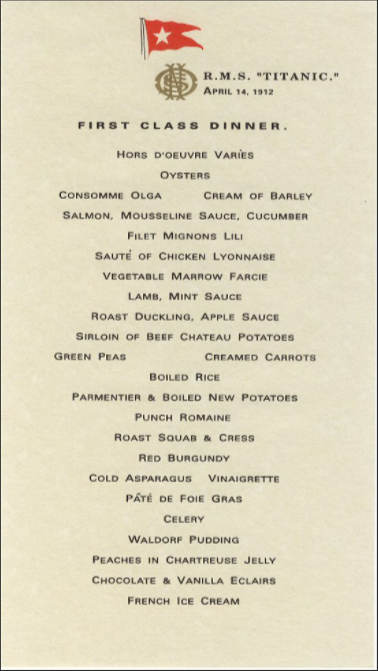 I’ve often joked that fretting over delusional price moves in individual stock names in a market Twilight Zone is akin to fretting over the desert choices on the Titanic’s dinner menu.

In short, the real issue is the obvious iceberg ahead, not chocolate vs. vanilla eclairs, Amazon vs. Tesla or even Bitcoin vs. gold.

Today, the big questions, and the big variables as well as icebergs, all hinge upon the “macros”—you know, boring things like historically unpresented (as well as unpayable) debt levels, openly absurd risk-asset bubbles and the artificial measures central bankers and politicos will and must employ to postpone the inevitable.

Toward this end, central banks and fiscal deficits are the big forces/variable to watch, as are rising or falling bond yields and inflation rates.

Whatever one’s view of the COVID pandemic and the relief policies which followed, there are 10 million less folks employed in the U.S. today than last year, despite massive fiscal support.

This means we can expect even more aid, and hence more debt ahead, especially with a Biden-supported Congress.

In just one year, we saw a massive increase in the broad money supply (printed money, currency already in circulation, checking & saving accounts etc.), and we can expect more this year.

It’s thus rational to anticipate a base case of large aid packages ahead and hence a Fed continuing to purchase the bonds issued to pay for that aid, currently at a rate of $80B per month, which means we can expect at least another $1T in deficits.

Deficits, of course, matter. They are like credit ice cubes which turn into debt icebergs.

We can also assume, quite confidently, that the money printing needed to purchase those otherwise unloved sovereign bonds will continue.

The answer is as simple as it is tragic: If the Fed didn’t buy those Treasuries, their yields would rise, which means rates (i.e. the cost of debt) would rise too.

But here’s the rub: Our cornered Fed and Treasury Dept. can’t afford rising rates. Not even one tiny bit of them.

The Fed has NO CHOICE but to continue its pattern (think Q4 of 2018 & 2019) of rushing to the rescue by printing more money (QE) whenever markets tank in order to purchase demand-less bonds and thus artificially repress yields and rates (YCC).

Alas: More “Uh-Oh” moments are inevitable, as is more QE and YCC, at least until even that rigged game implodes…

So, what can we rationally expect going forward? What key indicator, as well as key asset, are the logical choices?

History, as usual, gives us some credible maps to follow.

As always, this involves a deeper dive into seemingly “boring” topics like inflation, Treasury yields and desperate bankers.

Fortunately, the 20th century gives us two inflationary case studies—the 1940’s and 1970’s—to make the future clearer, with no need for tarot cards.

The 1940’s, very much like today, saw inflation in the backdrop of massive fiscal deficits (coming out of the Second World War).

In the 1940’s, as today, government debt to GDP had climbed above the critical 100% marker.

Of course, that’s a lot of debt, too much debt. And if rates (or Treasury yields) ever climbed too high, Uncle Sam would default.

To cover those deficits, the Fed then, like today, opted to buy lots and lots of U.S. Treasuries to keep yields and rates artificially low.

Thus, Uncle Fed of the 1940’s deliberately kept yields (and hence rates) no higher than 2.5% across the entire duration of the yield curve, short-term to long-term Treasuries.

This was a classic case (as well as mix) of massive debt, high inflation and low rates compliments of YCC.

Unlike the 1940’s, the nation’s debt to GDP ratio (at the government, corporate and household level) in the 1970’s was much smaller.

Thus, when inflation reared its ugly (and Post-Nixon) head, Volker’s Fed was able (unlike today) to allow yields and rates to skyrocket in order to stem the inflation.

Needless to say, we are entering into an inflationary period far more like the 1940’s than the 1970’s. In short, we will never see a Volker rate hike anytime soon.

Today, if Treasury yields and/or interest rates went to even 4% or 5%, the debt cost would be fatal. Our nation and markets of Titanic debt would hit a rising-rate iceberg. Party over.

That’s why more Yield Curve Control is as inevitable as a fibbing politician.

But as for inflation in the 2020’s, it’s not here yet—or at least not as reported by the comically downplayed CPI data.

Thus, you might be asking why I’d compare the 2020’s to the inflationary 1940’s? After all: Where’s the inflation?

Well, inflation is coming, and here’s why.

Inflation & the Velocity of Money?

Many deflationary proponents say there won’t be inflation without an increase in the velocity (i.e. circulation) of money within the real economy.

But inflation is more complex than just rising money velocity.

History, in fact, confirms that inflation doesn’t require the velocity of money to increase, it just requires it to keep from falling.

During the inflationary period of the 1970’s, for example, the velocity of money was significantly lower than the non-inflationary decade of the 1950’s.

Instead, the safest and surest measure of inflation has always been its correlation to an increase in the broad money supply.

In short: When broad money supply increases, that, by definition, IS inflation.

But for our current era to see rising CPI inflation, we’d have to see two forces in motion, namely 1) non-falling money velocity alongside broad money supply increases and 2) a scarcity (and hence price increase) in commodities.

And guess what? These forces are slowly converging today.

Notwithstanding the over-supplied energy sector, we are witnessing this commodity scarcity (and hence price rise) in the broader commodities market—from copper and lumber to beef and corn.

This cyclical shift toward commodity price inflation is a neon-flashing sign of consumer price inflation felt in the wallet and measured by the CPI scale, however broken that entirely fictitious indicator may otherwise be.

Prior to commodity scarcity, the broader money supply, as well as printed dollars, went straight into grossly inflated stocks, bonds and real estate, each of which are in classic bubble territory today.

But as we near the later months of 2021, such commodity scarcity (and hence commodity driven inflation in the CPI) will become more apparent, increasing in the coming years as even the openly fraudulent CPI inflation scale has no choice but to move noticeably upwards.

Of course, the knee-jerk response of most precious metal owners is that inflation is always a tailwind for gold.

This is largely true, but the inflation-to-gold issue, like all things, is not always that black and white. Many inflationary forces are at play, and we’ve written and spoken of them at length.

Gold, for example, had been rising throughout 2019 and 2020 in openly deflationary conditions, so the gold discussion is not simply one of inflation alone, but inflation when measured against yields/rates.

Thus, there is a far more accurate forecaster of gold price, one not ordinary making the headlines or reading lists of retail investors.

The Inverse Relationship Between Negative Real Yields and Gold

It may sound complex, or even boring, but a key variable for gold forecasting is negative real yields—that is, the 10-Year Treasury yield minus the official CPI inflation rate.

More recently, from mid-2018 to mid-2020, gold was once again rising dramatically because real yields were collapsing from +1% to negative 1%.

This rapid rate of change toward negative real yields was a clear tailwind for gold.

By late 2020, however, the nominal yields on the 10Y Treasury began to rise faster than official (and still anemic) CPI inflation rate.

As a result, the real yields weren’t as dramatically negative as in the past. Not surprisingly, gold’s dramatic price rise came to a halt.

As for now, gold’s lackluster price action is no surprise, as real yields continue to churn rather than trend further downwards.

Consequently, gold prices are biding their time, yawning in the short term, but stretching their legs for a sprint upward.

Very soon (as discussed below), real yields will again break below -1%, and thus gold and silver will revisit their price climb to much, much higher valuations in the coming 5+ years.

Why do I think negative real yields will sink further and gold will rise higher?

Well…History, as well as embarrassingly fat debt levels and openly desperate central bankers, is one reason.

For example, we all can be fairly certain of this fact: U.S. Government debt to GDP will increase over the coming years, for all the reasons discussed above.

And toward this end, the inflationary case study of the 1940’s is helpful.

As commodity-driven CPI inflation increases, alongside the obvious and text-book money supply definition of inflation, the central banks, politicos and nervous markets will get scared. Real scared.