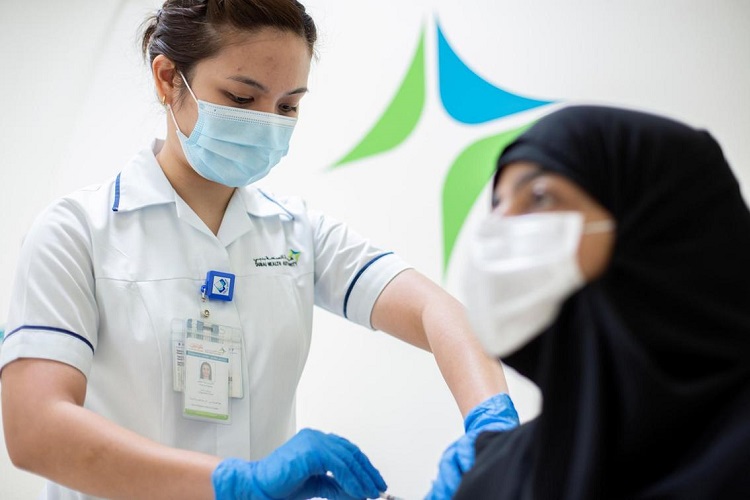 COVID-19 cases will drop like a rock from here on, and the reason for that is simple. One hour after Joe Biden’s inauguration as the 46th president of the United States, the World Health Organization suddenly and out of the blue lowered the recommended PCR cycle threshold (CT),1,2 which automatically guarantees that the number of “cases,” i.e., positive PCR test results, will plummet.

For months, experts have warned that COVID-19 is not so much a viral pandemic as it is a “casedemic” or pandemic of false positive tests, and the thing that has kept this casedemic going this long is the fact that laboratories have been using excessively high CTs.3 I detailed this scheme in “COVID-19 Testing Scandal Deepens” and “Astonishing COVID-19 Testing Fraud Revealed.”

Tests recommended by the World Health Organization used to be set to 45 cycles,4,5,6 yet the scientific consensus has long been that anything over 35 CTs renders the test useless,7,8,9 as the accuracy will be a measly 3% — 97% are false positives.10

Why in the world did it take them this long to fix this well-recognized problem, which fueled the false idea that asymptomatic people posed a health threat and had to be quarantined? As reported by former Fortune 500 executive and health care professional Stacey Lennox in a PJ Media column:11

“In August of last year, The New York Times published an article stating that as many as 90% of COVID-19 tests in three states were not indicative of active illness. In other words, they were picking up viral debris incapable of causing infection or being transmitted because the cycle threshold (Ct) of the PCR testing amplified the sample too many times …

Shortly before the New York Times article was published, the CDC revised its COVID-19 test recommendations, saying that only symptomatic patients should be tested.

The media went insane, and Dr. Fauci went all over television saying … ‘I am concerned about the interpretation of these recommendations and worried it will give people the incorrect assumption that asymptomatic spread is not of great concern. In fact it is.’

The guidelines went back to testing everyone, all the time, with an oversensitive test. The idea that asymptomatic spread was a concern as of August was just one of many lies Dr. Fauci told …”

The WHO’s update, dated January 20, 2021, admits that a positive PCR test alone does not equal infection, that the “PCR threshold (CT) needed to detect virus is inversely proportional to the patient’s viral load,” and that in cases where the patient’s symptoms do not correspond to the result of the test, they should be retested using the same or different test.

In other words, if you don’t have symptoms, a positive test using a high CT is unlikely to indicate active infection. Most likely, you’re not infectious and will not get sick. Taking a patient’s symptoms into account should have been routine practice from the beginning, and lowering the CT count should have occurred months ago. It just didn’t fit the geopolitical narrative.

“Biden will issue national standards, like the plexiglass barriers in restaurants he spoke about during the debate, and pressure governors to implement mask mandates using the federal government’s financial leverage. Some hack at the CDC or FDA will issue new guidance lowering the Ct the labs use, and cases will magically start to fall.

In reality, the change will only eliminate false positives, but most Americans won’t know that. Good old Uncle Joe will be the hero, even though it is Deep-State actors in the health bureaucracies who won’t solve a problem with testing they have been aware of for months.”

US Slated to Shape the Great Reset

Why did the WHO wait this long to correct the CT guidance? Is it really a coincidence that the updated guidance was issued on the day of Biden’s inauguration? Or is it just more evidence that the COVID-19 pandemic is a political chess piece, the aim of which is to guide the world’s population into a global economic and social “reset”?

President Biden has a long history of supporting globalist agendas and the “New World Order,” which is the old term for what is now called the “Great Reset.” Clearly, Biden would be the preferred choice for the technocratic elite pushing this nefarious agenda to radically decrease personal liberties.

As noted in an October 29, 2020, article on the World Economic Forum website,14 it is U.S. foreign policy that will shape the Great Reset. “The United States will need to set distinct priorities to ensure its foreign policy efforts can harness its capabilities to shape the global recovery,” the article states.

While much of the discussion therein sounds benevolent and good to the untrained ear, those who have investigated the Great Reset plan and are familiar with the jargon and the real meaning behind the buzz words will be able to read the truth between the lines.

Media Are Complicit in Creating the Fake Pandemic Narrative

Just how did the deep state technocracy fool the masses? In short, through their media accomplices. Without the mainstream media pumping out misleading if not flat-out false information on a daily basis (think nonstop tickertape with case and mortality data, for example), none of it would have been possible.

Not to be confused with the U.S. Senate Committee on Foreign Relations or the European Council on Foreign Relations, CFR is a nonprofit think tank, the 5,000-plus members of which also include past and present presidents, politicians, secretaries of state, CIA directors, bankers, lawyers, academic professors and corporate leaders, just to name a few.16

CFR also operates the David Rockefeller Studies Program, which in turn advises the White House on foreign policy matters. Overall, the CFR wields incredible power and influence over the U.S. White House and its policies. As reported by Swiss Policy Research:17

“In his famous article about ‘The American Establishment,’ political columnist Richard H. Rovere noted: ‘The directors of the CFR make up a sort of Presidium for that part of the Establishment that guides our destiny as a nation …

[I]t rarely fails to get one of its members, or at least one of its allies, into the White House. In fact, it generally is able to see to it that both nominees are men acceptable to it.’ It was not until the 2016 election that the Council couldn’t, apparently, prevail.”

The Synchronization of Fake News

CFR has two international affiliates: the Bilderberg Group and the Trilateral Commission. As explained by Swiss Policy Research, both of these groups were established by CFR leaders “to foster elite cooperation at the global level.”

Well-known names in the Trilateral group’s U.S. branch include David Rockefeller, Henry Kissinger, Michael Bloomberg and Google heavyweights Eric Schmidt and Susan Molinari, vice president for public policy at Google. Many of its board members are also members of The Aspen Institute, which grooms and mentors executives from around the world about the subtleties of globalization.

“Most of the international news coverage in Western media is provided by only three global news agencies … The key role played by these agencies means Western media often report on the same topics, even using the same wording. In addition, governments, military and intelligence services use these global news agencies as multipliers to spread their messages around the world. ~ Swiss Policy Research”