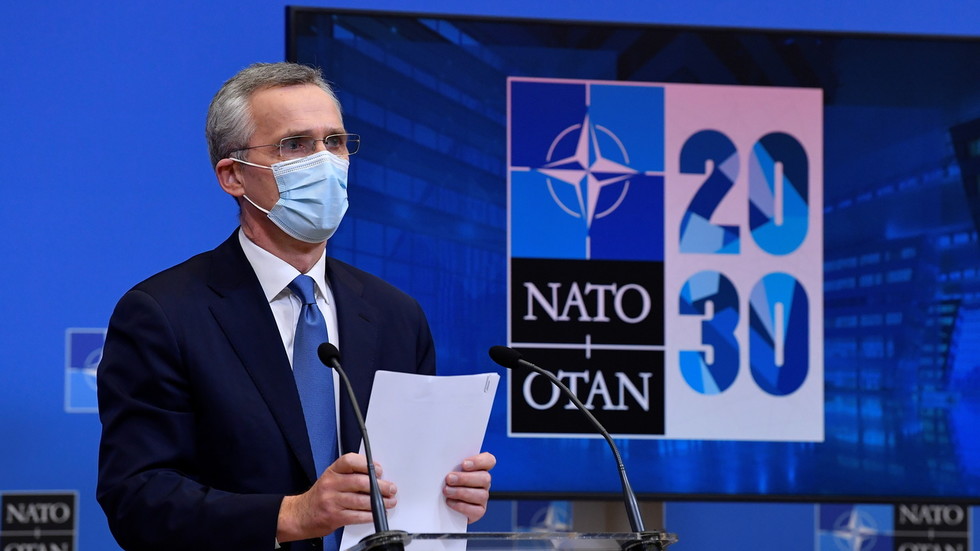 Heresy against NATO has apparently joined the ever-expanding list of sins that will get one erased from Twitter, as Big Tech mounts a crusade against infidels at home and abroad on behalf of values of Our Democracy.

Twitter announced bans on 373 accounts it connected to “state-linked information operations” on Tuesday. Some of them, the company said, “amplified narratives that were aligned with the Russian government” or “focused on undermining faith in the NATO alliance and its stability.”

Twitter is a US-based company, and the First Amendment of the US Constitution guarantees freedom of speech as well as religion. Under that set of rules, anyone’s faith in NATO – or lack thereof – would be none of Twitter’s business.

Then again, that set of rules isn’t exactly in effect anymore. Twitter has long abandoned its “free speech wing of the free speech party” shtick to become a cudgel for Our Democracy to beat its critics with. Or did you miss the part where they censored a sitting president of the United States over how he “might be perceived and interpreted” and meddled in the election by blocking a newspaper over a true story they falsely claimed was based on hacked materials?

Assuming for the sake of argument that these things were all part of “fortifying” the election – as TIME magazine put it – and defending Our Democracy from the evils of the constitutional republic, that might explain the repudiation of free speech and free press.

Which leaves religion, and still doesn’t answer why Twitter is now embarking on a jihad to protect NATO from heretics.

Last I checked, the North Atlantic Treaty Organization was not a god, but a military alliance. It hardly needs anyone’s “faith” – or Big Tech protection thereof. Not only is it armed to the teeth but commands its own legions of “disinformation”hunters and propaganda shops. Why, one of Twitter’s executives is literally an officer in a psychological warfare outfit of the UK military – a member of NATO, if anyone hasn’t been paying attention.

Big Tech is also working hand in glove with an entire cottage industry of “disinformation researchers” such as Ben Nimmo – an alum of the Atlantic Council, a think-tank serving as a NATO cut-out – and Renee DiResta of the Stanford Internet Observatory.

DiResta ought to be notorious because her old firm, New Knowledge, was exposed for literally running a bunch of fake accounts posing as ‘Russian bots’ during a 2017 special US Senate election in Alabama. Because that helped a Democrat, NK was allowed to quietly rebrand and DiResta failed upward to land at Stanford. These are not the “Russians” you are looking for, move along, that sort of thing.

So it’s ironic that DiResta’s new outfit has provided more information about Twitter’s newest crusade, as well as where it might be headed. Based on information they were provided by Twitter, some of the accounts in one of the “Russian networks,” the SIO says, “appear to have been linked to the operations primarily via technical indicators rather than amplification or conversation between them.”

Notice the weasel phrasing such as “appear to be linked,” or “show signs of being affiliated” in Twitter’s original blog. It’s simply amazing how the same people who demand irrefutable evidence of, say, US election irregularities suddenly need no evidence whatsoever for their own assertions.