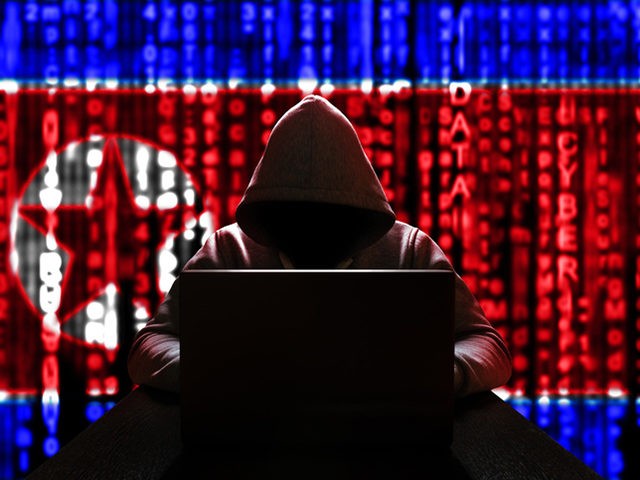 A report prepared by independent sanctions monitors for the United Nations and obtained by Reuters on Monday found North Korea raked in about $300 million in 2020 with cybercrimes around the world and poured the money into its illegal nuclear missile program.

The report, intended to be confidential, included an assessment from an unnamed U.N. member nation that North Korea is now “highly likely” to be capable of mounting a nuclear warhead on its ballistic missiles, including its long-range weapons. The member state in question was not certain if North Korean engineers have solved the tricky problem of shielding nuclear warheads on intercontinental ballistic missiles (ICBMs) against the heat of re-entering Earth’s atmosphere.

Another member state cited in the report said that North Korean personnel are still working at the Punggye-ri nuclear test site, which was supposedly abandoned in 2018. Yet another contributor said that North Korea is once again working clandestinely with Iran to design and construct missiles, a charge the Iranian government has publicly denied.

The U.N. monitors reported North Korea largely stopped attempting to finance these illicit arms programs with sanctions-defying coal shipments in 2020 and shifted to cybercrime as its prime fundraising method. North Korean hackers targeted “financial institutions and virtual currency exchange houses” around the world to steal roughly $316.4 million in 2019 and 2020.

In the course of explaining why North Korea is so proficient at cybercrime, The Diplomat in November quoted regime officials who portrayed cyber warfare as an “all-purpose sword” that was as important to Pyongyang as nuclear weapons.

North Korea punches far above its weight in recruiting promising students to train as military hackers; its newest university appears almost entirely devoted to cyberespionage, and its hackers are given access to the best Chinese training as well. Pyongyang sees cybercrime as a low-risk, high-reward form of unconventional warfare, calculating there is little chance the international community will respond with anything more than symbolic arrest warrants for hackers who will never be extradited to face justice.

Russian state outlet RT.com delivered the darkest spin on the Reuters report, interpreting the U.N.’s confidential analysis of North Korean cybercrime as evidence of the regime’s unshakable determination to obtain nuclear weapons, so it can secure “total sovereignty and independence from foreign influence.”

In this analysis, North Korea’s reliance on flagrant global cybercrime demonstrates that it has no scruples about doing whatever is necessary to achieve its vision of nuclear sovereignty. There is no crime the regime will hesitate to commit, and no price it will not hesitate to make its captive people pay, because no short-term price is unreasonable to reach the desired endgame.

“Sanctions do not deter the country, because it is engaged in a long-term struggle and prepared to suffer the consequences in pursuit of realising the vision. Kim Jong-un’s strategy is to continue upping his nuclear capabilities until the U.