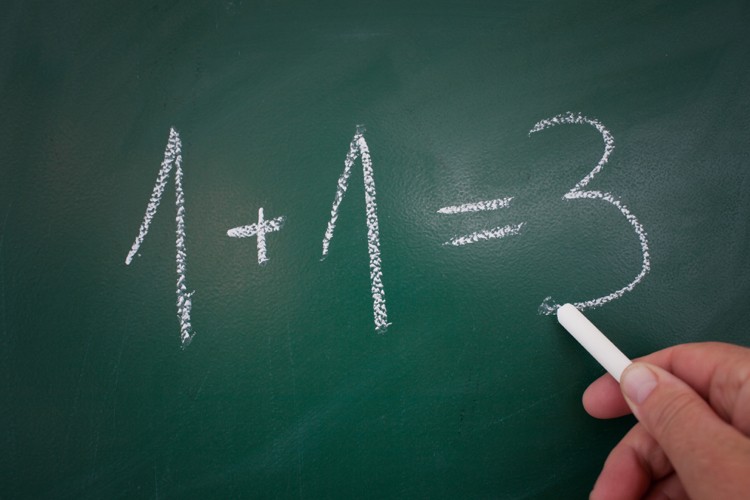 If you were one of those people who thought, “Well, at least education’s political correctness can’t touch the hard disciplines,” think again. For soft heads have now conjured up something called “ethnomathematics,” which holds that emphasizing correct answers reflects White Supremacy™.

An ODE newsletter sent last week advertises a Feb. 21 “Pathway to Math Equity Micro-Course,” which is designed for middle school teachers to make use of a toolkit for “dismantling racism in mathematics.” The event website identifies the event as a partnership between California’s San Mateo County Office of Education, The Education Trust-West and others.

Part of the toolkit includes a list of ways “white supremacy culture” allegedly “infiltrates math classrooms.” Those include “the focus is on getting the ‘right’ answer,” students being “required to ‘show their work,’” and other alleged manifestations.

“The concept of mathematics being purely objective is unequivocally false, and teaching it is even much less so,” the document for the “Equitable Math” toolkit reads. “Upholding the idea that there are always right and wrong answers perpetuate [sic] objectivity as well as fear of open conflict.”

… An associated “Dismantling Racism” workbook, linked within the toolkit, similarly identifies “objectivity” — described as “the belief that there is such a thing as being objective or ‘neutral’” — as a characteristic of White supremacy.

Instead of focusing on one right answer, the toolkit encourages teachers to “come up with at least two answers that might solve this problem.”

This is reminiscent of an earlier leftist scheme: “creative spelling.” And as I quipped about that, perhaps some of these educators would see the light if we gave them “creative paychecks.”

Post Millennial senior editor Libby Evans addressed ethnomathematics on Fox News show Tucker Carlson Tonight Friday evening. She pointed out (video below) the obvious, which is that contrary to the social engineers’ claims, math is not a “white discipline” (history thus teaches); and that this dumbing-down scheme reflects the “soft bigotry of low expectations.” Yet, frankly, even the latter is a somewhat politically correct perspective because these “woke” ideologies actually involve a very hard bigotry against Western Civilization.

Evans also touched on a deeper issue, at her opening, when mentioning that “objectivity” itself is considered racist. Yet this again is just a ploy, a more effective way of advancing the relativism that leftists have long promoted.

If anyone wants to know why I’ve long warned of relativism’s corrosive effects — why I’ve called it “the characteristic philosophical/spiritual disease of our age” — this is one reason why: It was only a matter of time before the relativism leftists (and many conservatives now, too) have long applied to morality infected everything else.

And what explains this relativist “religion”? On a personal level, relativism provides the ultimate justification for behavior. For if everything is relative, my “sins” can’t really be sins, just different “lifestyle choices.” Ergo, I may do whatever I want.

Yet there can be a wider agenda, too — one involving a desire to remake civilization in your own image.

Consider an analogy: If you’re selling junk food or even poison, people will be more reluctant to buy it if they’re well aware of the objective truths (laws) of human nutrition. For these laws will inform that your new fare can destroy the body.

So you’d have to get people to ignore nutrition’s laws. What better way than to convince everyone that they don’t even exist? Instill the population with “dietary relativism” — the notion that what’s good for you is all subjective, just a matter of taste — and you can have a place on the menu. And if you can market your new offerings slickly and make them seductive, the people’s palates can be yours.

So it is when selling moral poison, too. Lies won’t go far with a Truth-oriented people, which is why so-called leftism can’t withstand reasoned analysis. It cannot exist in a universe in which Truth is recognized, sought, loved, and actuated. Truth is leftism’s enemy.