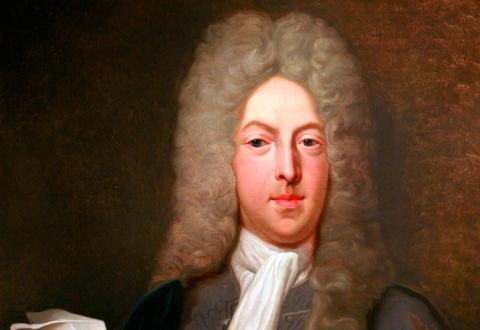 The name of that ardent Scotsman, John Law, is short. His career was likewise short: he was comptroller general of France for less than five months in the year 1720. The space of time during which he bestrode the financial world of Europe like a Colossus scarcely exceeded five years at the most. The financial mania that swept over the continent at his touch flamed and died in less than two years. His epoch is usually dismissed by historians with a short passage on the “bubble era”; and by economists, if discussed at all, it is treated as a freak in the hothouse growth of modern finance.

The financial situation of France at the close of the reign of Louis XIV in 1715 was prepared ground for fiat money and experiments with the money mechanism. During a long reign of 72 years, the Grand Monarque had elevated France to the foremost position in Europe, and in the process had reduced his subjects to poverty and the state to bankruptcy. At the end of the reign of Louis XIV, in 1715, the consolidated debt of the government totaled around two billion livres, and the floating debt an additional billion. The interest on this debt was around 86 million livres, against state revenues of 165 million livres, leaving less than 70 million livres to meet a state budget of 150 million livres. The debt had increased twenty-fold in less than 30 years.

Just how much this amounted to in purchasing power is a matter almost past determination because of the inflation of values, the depreciation of the currency, the duality of the coinage system, and the currency manipulation that had been practiced unconscionably after the death of Colbert (1683), beginning particularly in 1687. The livre had been successively reduced from 362 to the gold mark (3777.5 English grains) in 1643 to 600 in 1709, and in terms of silver from 26.75 to the mark to 41. These changes were made by the process of repeated recoinages and new tariffs, ostensibly to adjust the changing ratio of gold and silver. Between 1689 and 1715, we are informed by Despaux, the value of money was changed 43 times:

These money manipulations did not have the sole purpose of furnishing revenue to the treasury or of following the fluctuations of parity in the ratio between the precious metals, [says Despaux]. They were employed for other and various ends. The administration of the finances appears to have practiced a subtle and ingenious monetary tactic, conceived in the eighteenth century, but almost forgotten until the twentieth when it was again practiced by Germany. The financial administration, by modifications in the monetary unit, attempted to influence economic phenomena much the same as central banks and governments today manipulate foreign exchange. Changes in the specie were made to prepare for the issue of loans, or to audit the circulation of the treasury notes, or to regulate exchange, to modify the balances of trade and accounts, to effect a redistribution of wealth, to influence the price level of commodities, perhaps to attenuate the economic crises and famines, since the currency manipulation of 1693 to 1709 coincided with a period of bad harvests.1

The manipulation of the currency, the increase in public debt, and the mismanagement of state finances had produced a state of chaos in France by 1709. “Gold and silver were hoarded or driven from the country,” writes James Breck Perkins.

The lack of sufficient specie for ordinary circulation checked every branch of business. Bankers failed, the notes of merchants went to protest, there was no money with which to pay taxes. The king sent his plate to be melted down, and his example was followed by the rest of the nobility. Edicts were issued in order to improve the situation, but the laws of trade could not be controlled even by an absolute monarch. There is little doubt that the depreciation of the currency did more injury to France than the victories of Marlborough, and that it was an important factor in the desperate condition of that country in 1709. The Dutch claimed they might wisely continue the war when they could raise money at five per cent and the advances which the French obtained cost them twenty per cent.2

A series of successes on the field of battle in the latter days of Louis’s reign saved that monarch from the humiliation of a complete collapse of public finance, and fortunately he died soon afterward. But on the death of Louis the true state of anarchy in the commerce and trade of France was fully revealed. The Duke of Noailles, the chief of the Council of Finance under the regency, wrote to Mme. de Maintenon, September 21, 1715:

We have found matters in a more terrible state than can be described; both the king and his subjects ruined; nothing paid for several years; confidence entirely gone. Hardly ever has the monarchy been in such a condition, though it has several times been near its ruin.3

La Bruyère, who was also an eyewitness of the day, described the countryside as follows:

One sees certain wild animals, male and female, scattered over the country, black, livid, burned by the sun, attached to the soil, which they cultivate with an invincible pertinacity. They have an articulate voice, and when they stand erect they show a human face, and in fact they are men. At night they retire into their dens; they live on water, black bread and roots.4

Such was the state of France when there appeared in Paris a Scotsman with a plan by which all of these misfortunes were to be repaired. This Scotsman was John Law.

Germination of the Seed

John Law was born in Edinburgh in 1671. His father was a goldsmith and, as was customary at that period, combined with his trade the care of moneys entrusted to him and many of the functions now discharged by bankers. John Law was educated at Edinburgh, where he showed an amazing aptitude for mathematics, especially the intricacies of algebra, which was later to stand him in good stead while explaining the ramifications of his financial plans.

On the death of his father, he went to London, where his prepossessing manner gained him friends, and he became known for his skill as a gambler and for his intrigues with women. He became involved in an affair, fought a duel with a Mr. Wilson, and killed him on the spot.5 For this crime he was tried, convicted of murder, and sentenced to be hanged. He managed to obtain a commutation of sentence, and succeeded in escaping to the continent.

Georges Oudard, in his Amazing Life of John Law, gives us a lively picture of the Scotsman’s career as he wandered about Europe, increasing his financial knowledge, sharpening his wits, making friends among the highly placed, perfecting his ideas, and finally, achieving their execution in France during the regency of the Duke of Orleans.6

In the summer of 1700, John Law returned to his native land of Scotland, where he found a condition of affairs in which he thought to develop his growing financial ideas. In Scotland, as in England and throughout Europe, a spirit of gambling and speculation had been induced by the uncertainties of a long war, by the disturbances to trade which made some wealthy overnight and reduced others to poverty, by the inflated demand for war materials, by the depreciation of the currency that had been practiced not alone in France but elsewhere, by the sudden rise of banks, and by the discovery of the joint-stock mechanism.

A great many Scotsmen had been drawn into the scheme of William Paterson, founder of the Bank of England, for colonizing the Isthmus of Darien [Panama]. This scheme was the Scottish Company of Africa and India. It had failed miserably and had created the utmost distress in Scotland, where the shares had been avidly taken up. Paper money issued by the company and profusely distributed in competition with bills of the Bank of Scotland had impaired the position of the bank. Conditions were heartbreaking. Manufacturers were no longer exporting their goods, land rents were not being paid, money was leaving the country, and 200,000 poor were crying out for bread.

It was at this point that Law enunciated his great currency principle, of money based upon land values, rather than upon metallic values—what Henry Dunning MacLeod, whose theory it is that money consists of debt, denounces as the first “Lawism.”7

Law recalled that there was not one poor person in Holland, and that the Venetian Republic had only about 300. Out of these conditions and the study he gave them Law began to write his famous treatise Money and Trade Considered with a Proposal for Supplying the Nation with Money.

“Wealth depends on commerce,” he wrote, “and commerce depends on circulation.” The Scotch had but little silver and gold, and therefore they were poor. To make them rich, they required banks which could pour forth a stream of currency. A proper bank and currency would make the valley of the Clyde and fields of Fife blossom with prosperity, and would transform the shopkeeper of Edinburgh into the merchant prince of Genoa and Amsterdam.