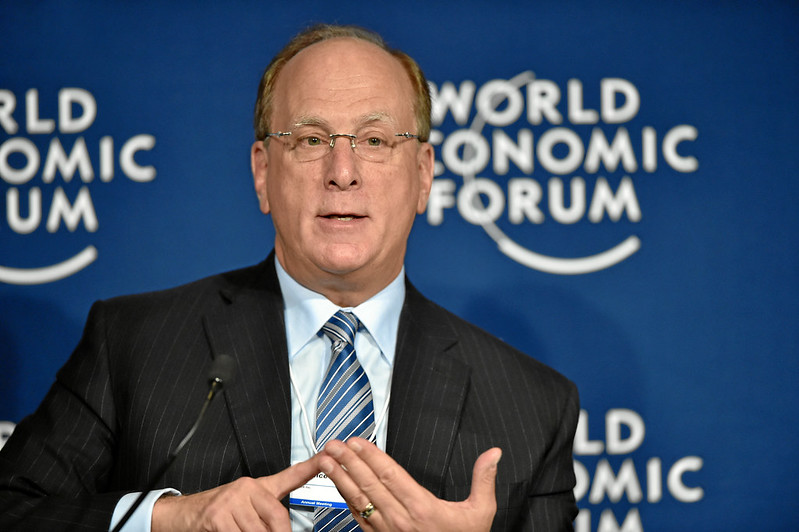 As a powerful polar vortex brought freezing weather to much of the United States, the Texas electricity grid was “within seconds or minutes” away from a “catastrophic failure and complete blackout,” on February 16, had they not decided to implement controlled outages, according to an official from the Electric Reliability Council of Texas (ERCOT), the company which manages the grid. The rolling blackouts which occurred as a result of that decision meant that more than four million customers in Texas were without electricity and heat for hours at a time, and half the counties in the state reported water problems due to power loss at water treatment facilities. As of February 19, there were reports of more than thirty-six deaths related to the storm and the loss of power, and 600,000 were still without power. Nearly a quarter of the state’s population remains under orders to boil water before using it, if they have access to water at all.

How did this happen in Texas, which is the largest producer and consumer of energy in the U.S., and in Houston, which is home to 5,000 energy-related firms and calls itself the Energy Capital of the World?

There are two factors which led to the breakdown of Texas’ energy sector, neither of which are acknowledged by the media and the so-called experts: the unreliability of “renewable” sources of energy, such as wind and solar; and the long-term effects of the neoliberal policy of deregulation, which puts speculative profits ahead of the necessary, continuous investment in infrastructure required to sustain a modern electricity grid. The closest the apologists for the present collapsing system come to recognizing the dangers caused by this deadly combination is to describe ERCOT as “unprepared” for the crisis, by which they mean that the real problem is the grid managers did not anticipate a storm of this magnitude hitting Texas.

While this is true, they refuse to discuss WHY they were unprepared! On the breakdown of so-called renewable sources, there is total denial, as the financial oligarchy, represented by the Davos billionaires of the World Economic Forum, is plunging ahead with a global “Green New Deal” (GND). Texas now gets 23% of its electricity from wind. As the cold wave hit, the total electricity produced by wind turbines fell from more than 8,000 megawatts on Sunday, to 649 megawatts by Monday. Both Texas Governor Greg Abbott, and Rick Perry, the former Governor and U.S. Energy Secretary under President Trump, identified the failure of “renewable” sources as a major cause of the breakdown of the electricity grid, citing frozen wind turbines and snow-covered solar panels as a major contributing factor. In response, there has been a predictable hysterical outcry from pro-Green networks, insisting that this played only a “minor role” in the crisis. Typical of this reaction is an article in the February 18 New Yorker magazine by Greenie huckster Bill McKibben, “Blaming The Wind for the Mess in Texas Is Painfully Absurd.” Despite wide circulation of photos of idle windmills, with icicles hanging from the blades, McKibben writes that “The idea that wind turbines cannot deal with cold weather is, prima facie, ridiculous.”

As for the effects of deregulation, which is also a central feature of the “Great Reset” of the Davos gang, there has been a wall of silence, including among “conservatives” who are “free market” advocates, many of whom correctly identify the devastating effects of Green policies, but are wedded to the neoliberal economic policies which have led to disinvestment in all platforms of infrastructure.

The Fraud of the Green New Deal

The Executive Intelligence Review released on February 12 what has proven to be a prescient report on the potentially devastating effects of a global shift to the “zero carbon” world demanded by those who swear by the Fake Science behind the demand for a transition to lower energy-flux-density production, allegedly to reduce carbon emissions. Titled “The Great Leap Backward: LaRouche Exposes the Green New Deal“, the report draws on the five decades of scientific and economic research conducted by Lyndon LaRouche and his associates on the genocidal intent of those financial and corporate cartel officials — represented today by the Davos billionaires — who revived the quackery of the British Empire’s Parson Malthus, to reverse the scientific and technological optimism unleashed by the U.S. space program of President Kennedy. The report includes details on the direct role of the British monarchy, under Prince Charles, in coordinating financial hit teams to cut off investment in physical goods production, in favor of creating a Green financial bubble, to bail out a bankrupt financial system. It exposes the relationship between the “Great Reset”, a plan to place governments under the top-down control of central banks, which operate on behalf of the largest private banks and shadow banking institutions, and the GND. At the recent Davos online conference, a representative of BlackRock, the world’s largest fund manager, and the initiator of a project for a global “financial regime change”, spoke of a pool of $30 to $50 trillion, of central bank and private funds, which would flow into the Green financial bubble, while deliberately shutting down credit generation for productive enterprises, which are identified as deadly carbon polluters. A report produced by Chatham House, a “policy institute” connected to British intelligence, specified which industries should be red-lined by investors, so as to deny them credit in order to reduce the economy’s “carbon footprint.” These include investment in coal, oil and gas, and nuclear energy; cement, steel, aluminum and chemical manufacturing; and ships, planes and trucks. The report also advocates an end to eating meat, to be replaced by eating only plants.

Larry Fink, CEO of BlackRock speaks in Davos in 2016 on “The Long-term Imperative.” CC/Michael Buholzer

The combination of the Reset and the GND benefits the largest players in the corporate energy cartels, by directing cheap credit to investors, for trading worthless financial instruments created by the new Green bubble, and to fund energy systems which are inefficient and unreliable. This is a perfect combination for the modern-day Malthusians, producing mega-profits from speculation for cartel members, while creating life-threatening conditions for the general population. The Biden administration in the U.S. has made clear its support for the Reset, through former Federal Reserve chairman Janet Yellen, a major backer of “easy money” policy for bailouts of bankrupt speculators, and who backs the idea of the “financial regime change”. She has been confirmed as Biden’s Treasury Secretary. Biden has also agreed to support legislation for the GND. It is not a coincidence that the Wall Street and Silicon Valley networks behind Biden were heavily engaged in the four year coup effort to remove Donald Trump from office. Trump has been an outspoken opponent of the GND, and withdrew the U.S. from the Paris Climate Accord, as one of his first actions as President. Biden reversed this, as one of his first executive Orders on assuming the office of President.

Despite having large reserves of oil and natural gas, modern coal plants, and nuclear energy facilities as part of its energy mix, then-Texas Governor Rick Perry in 2005 signed a law mandating an increase in use of wind power to produce electricity for the state. One factor in the increase of reliance on wind was the large investment of oilman T. Boone Pickins, who built huge wind farms, which he described as an investment for the “post-oil future.” Another was the availablity of large bank and private funding for the Green transformation. By 2015, wind power surpassed nuclear energy as the third largest source of electricity in the state, and is expected to overtake coal in the near future. Under the influence of Green fanatic billionaire, Sir Michael Bloomberg, who has poured $500 million into his “Beyond Coal” project, Texas has shut down three modern coal plants in the last years. While Green publicists like McKibben argue that loss of electricity from coal plants contributed more to the current Deep Freeze than the shut down of wind turbines, their Sophistry is exposed by looking at the actual numbers. The total megawatt hours of electricity in Texas produced by coal fell from 10,828 to 8,000 during the present cold front, a reduction of less than 3,000 megawatt hours, while nearly 8,000 megawatt hours were lost due to the shutdown of wind generators. The production of coal-power plants in the Midwest, in states such as Illinois, Ohio and Michigan, along with nuclear plants, kept the lights and heat on there, despite the current cold wave.

The effect of energy deregulation, while rarely mentioned, is a major factor in the shift of Texas from a state with redundant electricity capacity to one of disastrous shortfall. Deregulation has been a rallying cry for conservatives and libertarians since the fake oil crisis orchestrated by Henry Kissinger during the Nixon administration, but has been adopted by Democrats as well. Electricity regulation was introduced by Franklin Roosevelt, with the Public Utility Holding Company Act of 1935, which defined utilities as subject to regulation under Article 1, section 8 of the U.S. Constitution. As with mandates for regulation of sectors such as health care and banking, energy regulation was targeted by neoliberals, who demanded that “competition” must be introduced, to allow the “market”, rather than government regulators, to set prices. The 1992 Energy Policy Act was an opening attack on energy regulation, allowing states to move to deregulate both production and distribution. By the late 1990s, speculators moved into the electricity business, and the two states most affected by this have been California and Texas.