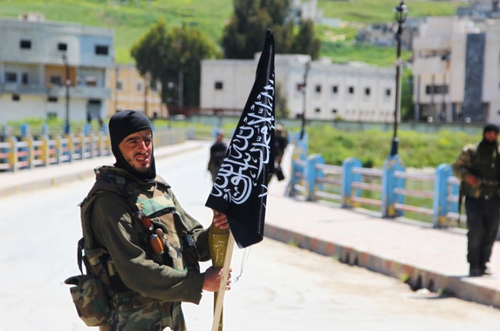 In what feels like a throwback scenario to 2017 which marked the first time Trump bombed Syria over al-Qaeda’s unverified claims of a government chemical attack on a “rebel”-held town in Idlib province, Russia’s military is now warning that anti-Assad jihadists are planning a new “false-flag operation against civilians” involving chemical weapons in Idlib.

The allegation of a major ‘provocation’ in the works originated in official comments days ago from the deputy chief of the Russian de-escalation mission in Syria, Rear Admiral Vyacheslav Sytnik. The statements are being featured predominantly in Russian and Iranian state media sources, which say the incident will be blamed on Damascus, ultimately in order to gain the attention of the newly in office Biden administration.

“According to our information, militants of illegal armed groups are plotting a provocation to blame Syria’s government forces for delivering strikes at settlements in thee Idlib de-escalation zone,” Admiral Sytnik said.

At a moment it’s widely believed the Biden White House is internally divided over Syria and Mideast policy in general, with little future strategy having been announced publicly, any level of ‘mass casualty incident’ is sure to gain Washington’s attention.

Here are the details of Adm. Sytnik’s statement via Russian media sources and their translation:

Citing intelligence reports, Rear Admiral Vyacheslav Sytnik, deputy chief of the Russian de-escalation mission in Syria, claimed that militants belonging to Hayat Tahrir al-Sham (HTS) have transported containers with toxic agents to the settlement of Tarmanin. The Al-Qaeda-affiliated terrorists plan to use the chemicals, believed to be chlorine, to “simulate” an attack resulting in casualties among local residents, Sytnik said. He added that the militants hope to then blame the incident on Syrian government forces.

HTS is formally designated as a terrorist organization by the US government as well as internationally. Yet despite this, the US and Western allies have frequently condemned any attempts of Syrian or Russian military forces to take back the northwestern province of Idlib.

Idlib has been held by HTS and other al-Qaeda factions since its takeover in 2015, reportedly with CIA help via an operations room in Turkey.