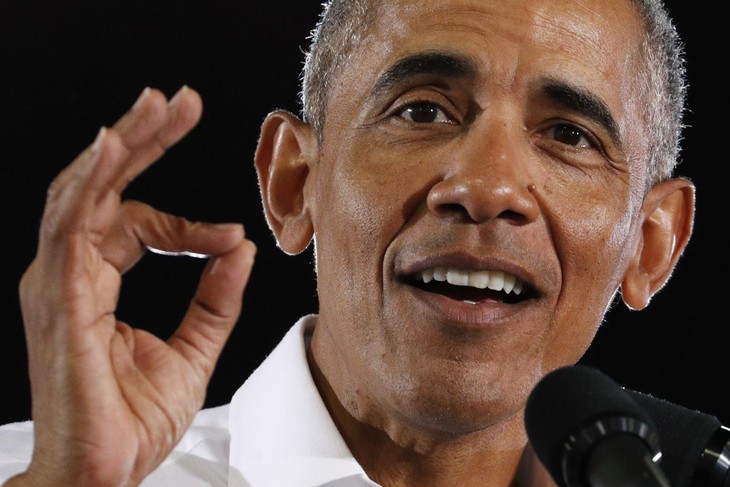 Former Obama administration officials, including former Secretary of State John Kerry, went behind President Donald Trump’s back in backchannels with Iran, sources told The Washington Times. Some of the architects of the Iran nuclear deal met with Iranian Foreign Minister Mohammad Javad Zarif after Trump withdrew from the deal.

A slew of former Obama officials, including Kerry, Obama’s Middle East advisor Robert Malley, and Obama-era Secretary of Energy Ernest Moniz, met with Zarif during the Trump years. Kerry, Malley, and Moniz led negotiations in the 2015 Joint Comprehensive Plan of Action (JCPOA), in which the U.S. provided sanctions relief and access to tens of billions of dollars in frozen bank accounts in exchange for Iran’s promises to limit nuclear enrichment.

Trump pulled the U.S. out of the deal in 2018, citing the need for a tougher agreement that also addressed Iran’s support for terrorist groups and its destabilizing behavior in the Middle East. Yet a former senior U.S. official told The Washington Times that Zarif met with Democrats like Kerry multiple times in 2017, 2018, and 2019, before the Trump administration halted his visa in 2020.

The former official told the Times that Zarif’s meetings aimed “to devise a political strategy to undermine the Trump administration” and to build support for a new version of the Iran deal in case a Democrat returned to the White House in 2021.

Kerry acknowledged meeting with Zarif at least twice in the early years of the Trump administration. He told radio host Hugh Hewitt that there was nothing secret about his meetings with the Iranian minister. Kerry said he intended to find out “what Iran might be willing to do in order to change the dynamic in the Middle East for the better.”

The Associated Press reported that Moniz met with Zarif in 2018 and that Iran deal negotiator Wendy Sherman met with the Iranian foreign minister on the sidelines of the Munich Security Conference, also in 2018. President Joe Biden nominated Sherman to serve as deputy secretary of state.

Is Iran Quietly Infiltrating Congress Through Democrats Like Ilhan Omar and Rashida Tlaib?

Most of the Zarif meetings took place before Trump withdrew from the Iran deal, but Malley met with Zarif in 2019. Sources told the Times “it’s likely that Mr. Malley urged Iranian officials to wait out the Trump presidency with the expectation that a Democratic administration in 2021 would restore Obama-era policy.”

At the time, Malley led the International Crisis Group. In July 2019, a spokesman for the group said Malley’s meeting with Zarif was simply part of Malley’s “regular contacts with all parties, whether it be Iran, the U.S., Gulf states, or European countries.” Malley did not respond to the Times‘ request for comment.

Secretary of State Antony Blinken has tapped Malley for his Iran outreach. While Biden has offered to reinstate the Iran deal if Iran again pledges to decrease its uranium enrichment, Supreme Leader Ayatollah Khamenei has refused to limit uranium enrichment to 20 percent, declaring that enrichment may go as high as 60 percent. Nuclear weapons require an enrichment level of 90 percent.