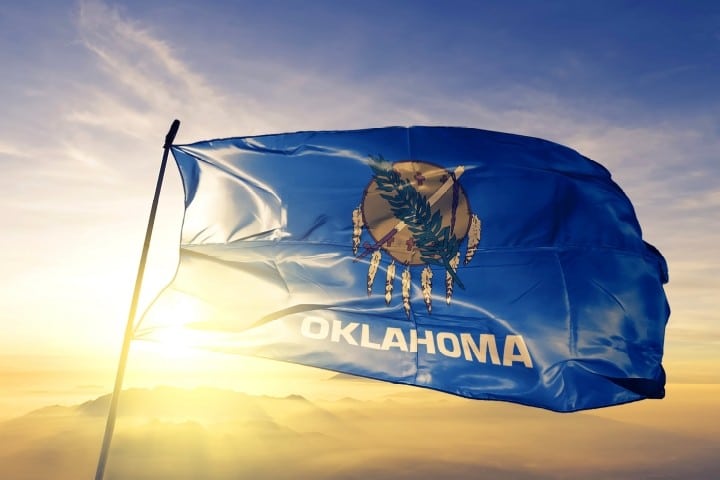 Two weeks ago, Oklahoma’s Republican governor, Kevin Stitt, issued an executive order to nullify the executive orders of President Joe Biden that Stitt considered both unconstitutional and damaging to the oil and gas industry, so important to Oklahoma’s economy. Now, the Republican-dominated legislature is moving to institutionalize nullification of illegal acts by the federal government.

More than 60 House Republicans in the 101-member Oklahoma House of Representatives are lining up to support a bill that would create a policy by which Oklahoma could block orders from the federal government, declaring those actions unconstitutional, through a majority vote of the state legislature. State Representative Mark McBride (R-Moore) is the author of HB 1236, a bill that challenges dozens of executive orders that Biden has signed in just his first month in office.

In his executive order, Governor Stitt specifically targeted Biden’s order shutting down the Keystone XL pipeline and the order to rejoin the Paris Climate Accord. Stitt noted that the United States had joined the Paris agreement under President Barack Obama, without any authorization from the Senate as required by the Constitution. Trump withdrew the United States from the Paris agreement, but now Biden has put the country back into it, again without placing it before the Senate for ratification, as required by the Constitution.

“These policies [of the Paris Accord] allow the world’s powers to continue CO2 emissions,” Stitt wrote, “causing the U.S. to harm its own economy, threatening millions of jobs in states like Oklahoma, while making no meaningful difference in world’s emissions. Special Envoy for Climate, John Kerry, admitted as much only days ago.”

Stitt, in his executive order, said, “Now, I J.Kevin Stitt, governor of Oklahoma, by virtue of the power and authority vested in me by the Constitution and laws of the State of Oklahoma, hereby direct every state agency to utilize all civil methods and lawful powers to protect its 10th Amendment powers and challenge any actions by the federal government that would seek to diminish or destroy Oklahoma’s ability to encourage job growth and the responsible development of our natural resources within the energy industry.”

In a show of solidarity with the governor, the Oklahoma legislature appears poised to add muscle to the governor’s statement. McBride argued that Biden is prioritizing renewable energy over fossil fuels. “I think this president has just taken a direct stab at Oklahoma. Oklahoma is the state that fossil fuels built.” At one time, Oklahoma was the nation’s leading oil state, with multiple oil companies such as Phillips and Conoco, and the oil-service giant Halliburton, all located within the Sooner State.

If enacted, HB 1236 would allow the legislature to nullify federal actions on a wide range of issues, including pandemics, gun rights, school and university sports (such as disapproving of Biden’s insistence that transgender men be allowed to shower with girls), and other instances in which the federal directives violate the 10th Amendment.

Not surprisingly, Oklahoma House Minority Leader Emily Virgin (D-Norman) opposed the move, arguing, “It’s fundamental to our democracy that our courts review actions like this, and I think everyone who’s watching what President Biden is doing with executive orders fully expects those to be reviewed by a court. That’s something that state legislatures don’t have anything to do with.”

Virgin’s Conservative Index rating, according to The Oklahoma Constitution newspaper, is a dismal 16 percent. Democrats only have 19 members in the 101-member House. Numbers are similar in the Senate, and no Democrat has even carried a single Oklahoma county for president in two decades.

Contrary to Virgin’s view, James Madison explicitly discussed the role of state legislatures in interposing themselves between the federal government and the citizens of their state. Writing in the Federalist Papers, Madison said that if the federal government attempted to “extend its powers beyond the due limits [set by the proposed Constitution], the latter [the states] would still have the advantage in the means of defeating such encroachments.” He cited the ability of a state to refuse to cooperate with federal agents. A decade later, Thomas Jefferson joined with Madison in enunciating a doctrine of nullification and interposition in the Kentucky and Virginia Resolutions of 1798.