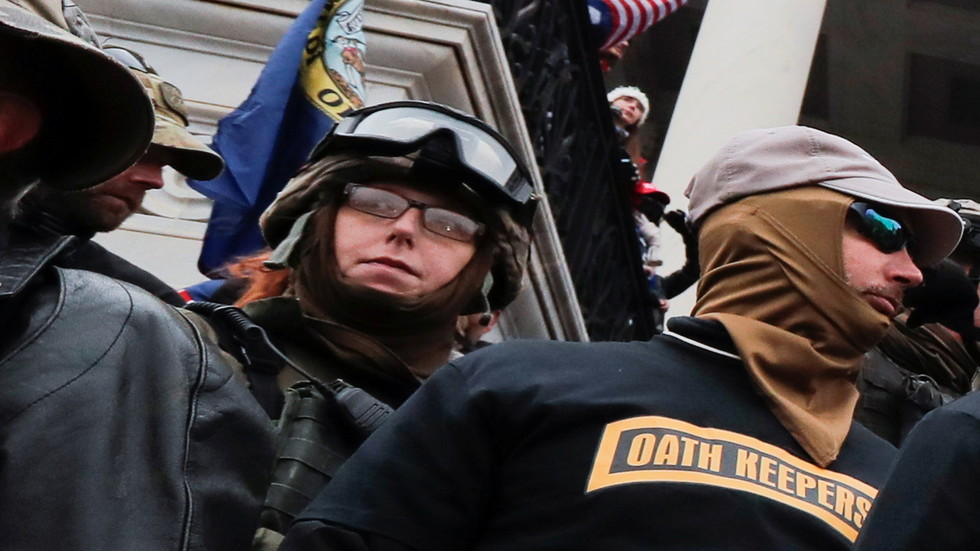 “He has been vetted and found numerous times as a person worthy of trust and confidence of the United States government, as indicated by granting him top-secret clearance,” lawyer Thomas Plofchan said Monday in a court filing.

The 66-year-old Caldwell worked as an FBI section chief from 2009 to 2010, after retiring from the Navy as a lieutenant commander, and did classified consulting work for the federal government, according to the filing. Caldwell has denied being a member of Oath Keepers, and Plofchan said he has disabling injuries to his back, shoulder and knees that would have made it impossible for him to storm the Capitol on January 6.

Plofchan is seeking Caldwell’s release from jail as he awaits trial on charges of conspiracy, destruction of government property, obstruction of an official proceeding, and violent entry or disorderly conduct. The Virginia resident was arrested on January 19, along with two Ohio members of Oath Keepers – Jessica Marie Watkins, 38, and Donovan Ray Crowl, 50. All three face up to 20 years in prison if convicted.

‘Oath Keepers’ is a right-wing group that includes current and former military, law enforcement, and first-responder personnel who have sworn oaths to defend the Constitution “from all enemies, foreign and domestic.”

Prosecutors alleged that in the lead-up to congressional certification of President Joe Biden’s election victory over Donald Trump, scheduled for January 6, Caldwell posted a message on social media saying, “It begins for real January 5 and 6 on Washington, DC, when we mobilize in the streets. Let them try to certify some crud on Capitol Hill with a million or more patriots in the streets. The kettle is set to boil.” The three Oath Keepers also allegedly documented their breach of the Capitol on social media.

Plofchan said Caldwell had security clearances dating back as far as 1979, and he passed multiple background investigations to be granted access to classified information.