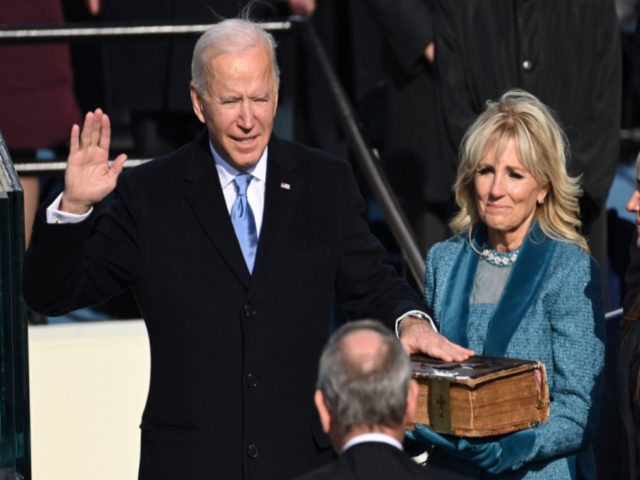 A USA Today/Suffolk University poll found that only 17 percent of Trump voters believe His Fraudulency Joe Biden was legitimately elected, while 73 percent said he was not.

NOTE: Please keep in mind that USA Today/Suffolk polls are false polls with terrible track records, so everything should be taken with that grain of salt.

Nevertheless, fake news outlets are apoplectic over this poll, even though, if these numbers are to be believed, these same media outlets are primarily responsible for the results.

What we saw happen in the wing states of Wisconsin, Michigan, Pennsylvania, and Georgia during the election was real. State courts and bureaucrats unilaterally (and unconstitutionally) changed voting laws, mailed out tens of millions of unsolicited ballots, stopped counting in the middle of the night, and then His Fraudulency squeaked out a narrow win.

In the swing states that mattered, Biden’s win was narrower than Trump’s.

Sorry, it just does.

Does this mean there was voter fraud?

Of course, there was voter fraud!

Does this mean there was enough fraud to overturn the presidential election?

And that’s the problem — we don’t know. And one thing that makes us suspicious is that no one wants to find out if there was voter fraud, most especially the establishment media.