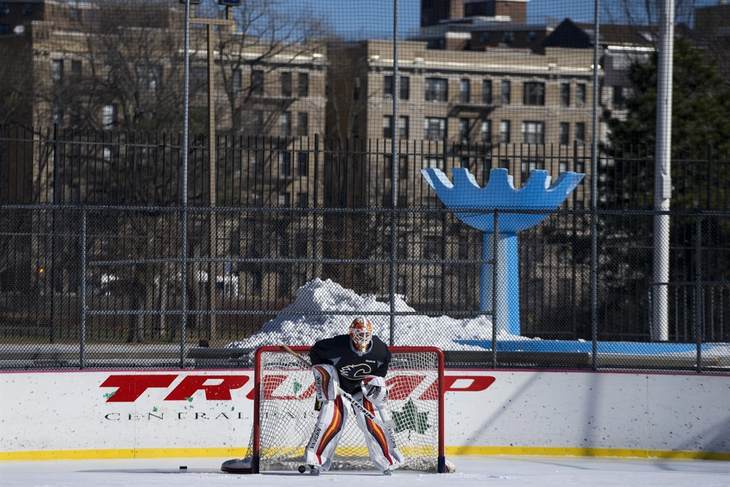 One of the reasons I am very grateful that I am not — nor have I ever been — an American liberal is that they seem to be such miserable creatures. Nothing makes those people happy. This great nation has just endured four years of the Left’s histrionics over Donald Trump’s election. It was tedious and difficult to tune out because they were harassing people in public and burning down cities and stuff. One might have presumed that Trump’s defeat might have made them stop acting out so much.

One would be wrong.

There are no metrics with which to quantify it, but I truly believe that the Democrats are more miserable in victory than they were in defeat.

I’ve written a few times this last month about the fact that the mission statement of the people controlling Joe Biden seems to be “Undo everything Trump did.” I will be covering that in greater detail in Monday’s Morning Briefing but for now, I’ll just focus on one remarkably petty example of that attitude trickling down to the municipal level:

That’s right, the worst mayor in America is letting his Trump Derangement Syndrome ruin things for others.

Skaters arriving at Central Park’s two ice rinks are in for a cold awakening next week — the rinks, which are both managed by the Trump Organization, are being shuttered by City Hall to punish the former president for the deadly Jan. 6 Capitol riot, The Post has learned.

The Trump Organization says its last day of operating the iconic Wollman Rink and the smaller Lasker Rink at the park’s northern end will be Sunday.

The rink contracts had been set to expire in April, but Mayor de Blasio has moved to ice Trump out a month early, effective Feb. 26.

At a time when Americans have been cooped up for a year and in desperate need of any kind of outdoor activity with fresh air, Bill de Blasio and his administration have decided that it’s more important to fill their diapers, stomp their feet, and have a loud ORANGE MAN BAD fit.

Worse yet, they announced it like a drunk college kid trying to dunk on someone on social media. A de Blasio spokesman said, “Trump has been impeached from operating the ice rink,” and he no doubt felt like the most clever boy in kindergarten after that.

The fact that the contract is up at the same time the outdoor skating season is winding down in New York makes this all the more pathetic. Mayor Bill and Co. could have simply let the contract run out and gloated about the fact that the city canceled all of its concession contracts with Trump but — Dems being Dems — they had to overreach. The closure hurts more than just the kids who skate there, as the Trump Organization noted in a statement to the Post: