“If you catch 100 red fire ants as well as 100 large black ants, and put them in a jar, at first, nothing will happen. However, if you violently shake the jar and dump them back on the ground the ants will fight until they eventually kill each other. The thing is, the red ants think the black ants are the enemy and vice versa, when in reality, the real enemy is the person who shook the jar. This is exactly what’s happening in society today. Liberal vs. Conservative. Black vs. White. Pro Mask vs. Anti-Mask. Vax vs. Anti-vax. Rich vs. poor. Man vs. woman. Cop vs. citizen. [Etc.] The real question we need to be asking ourselves is who’s shaking the jar… and why?”

The above observation by Shera Starr cannot be improved upon.

And yet, the answer to the question is fairly simple.

But let’s first take a look at this anomaly. It’s natural to identify with some individuals more than others. That tendency occurred before Homo sapiens came into being. In addition, the tendency for animals to group into families or packs also predates humans.

We tend to want to be around those who behave the way we do and have the same perceptions as we do. That only makes sense. We wish to surround ourselves with those who are unlikely to surprise and possibly even endanger us by behaving in a fashion that we would not ourselves choose.

This is the basis of trust – an essential in group or herd mentality. And being a part of a group or herd brings to us increased safety.

So, what then, of those who are not within our group or herd? How do we relate to them?

Well, any nature programme that covers animals gathered around a water hole can provide that answer.

We see a small group of wild pigs drinking alongside a group of wildebeests. Neither species is predatory, so they learn to recognise that, even though one group is made up of savannah-living grazers and the other are forest-living foragers, they can easily co-exist, which will increase the ability of both species to use the water hole at the same time.

We might also see a group of hyenas using the water hole, but we notice that the prey animals all seek to keep a distance between themselves and the predatory hyenas. Everyone understands that they are all at the water hole for the same reason and it makes sense to share, even if, in another situation, they are natural enemies.

In fact, in most of nature, we see that species adapt to a condition of mutual tolerance in order to be able to coexist.

No surprise, then, that Homo sapiens got on the mutual tolerance bandwagon in its formative stages and, for the most part, has remained that way.

But it is also true that predators develop dual habits. They may exercise tolerance at the water hole, but at some point, they mean to make a meal of their water hole neighbours.

And when doing so, many species create associations with others of their kind to hunt.

This, too, is true of humans. Most of humanity seeks to live in a spirit of cooperation with others.

In the countryside, people erect walls and fences to establish boundaries, then find it expedient to respect such divisions in order to live in peace. Even in cities, people who live cheek by jowl in the same building respect each other’s privacy for the most part. Even if they do not become friends, they either remain polite or ignore each other.

Although there are always exceptions, for the most part, mankind behaves in a manner that is based upon “getting along.” He might argue with others, but for the most part, he understands that cooperation generally should be the objective, as it’s in his best interests.

But why, then, are we seeing in so many of the countries of the First World, a rapidly increasing polarity amongst people. Ms. Starr is exactly correct. Those who would be most inclined toward mutual tolerance have, in recent years, become so polarised that they cannot so much as get together with their own families for the holidays without getting into heated arguments.

Why are people of today so solidly in one of two camps?

Can this be blamed on the rise of the internet? Well, no, the internet has become the source of a plethora of opinions and perceptions. And more than closing people off to polarised “A” and “B” choices, the internet has served to broaden public discourse.

Of course, most people express distrust for the media, particularly those networks that purportedly deal in “news.” What passes for news today is far from objective information that the viewer can then assess at his leisure.

In turning on the News, we arrive at Indoctrination Central. 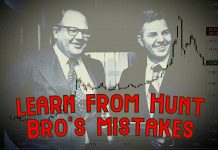 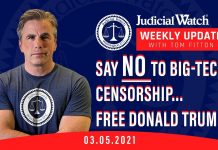