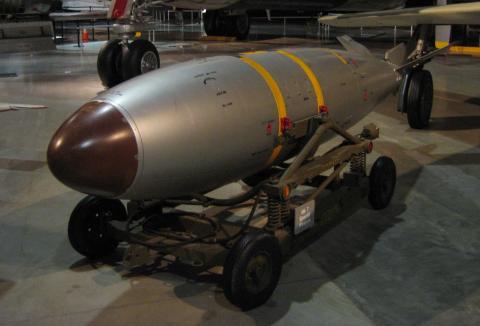 Opposition to American secession movements often hinges on the idea that foreign policy concerns trump any notions that the United States ought to be broken up into smaller pieces.

It almost goes without saying that those who subscribe to neoconservative ideology or other highly interventionist foreign policy views treat the idea of political division with alarm or contempt. Or both.

They have a point. It’s likely that were the US to be broken up into smaller pieces, it would be weakened in its ability to act as a global hegemon, invading foreign nations at will, imposing “regime change,” and threatening war with any regime that opposes the whims of the American regime.

For some of us, however, this would be a feature of secession rather than a bug.

Moreover, the ability of the American regime to carry out offensive military operations such as regime change is separate and distinct from the regime’s ability to maintain an effective and credible defensive military force.

Last month, we looked at how even a dismembered United States would be more than capable of fielding a large and effective defensive military force. A politically divided America nonetheless remains a very wealthy America, and wealth remains a key component in effective military defense. In other words, bigness is not as important as the extent to which a regime can call upon high levels of wealth and capital accumulation.

That analysis, however, concentrated on conventional forces, and this leaves us with the question of how the successor states to a postsecession United States would fare in terms of nuclear deterrence.

In this case, there is even less need for bigness than in the case of conventional military forces. As the state of Israel has demonstrated, a small state can obtain the benefits of nuclear deterrence without a large population or a large economy.

In other words, an effective military defense through nuclear deterrence is even more economical than conventional military forces.

After Secession, Who Gets the Nukes?

But how would secession actually play out when nuclear weapons are involved?

One example we might consider is Ukraine’s secession from the Soviet Union the early 1990s.

In 1991, as the Soviet Union was collapsing, Ukrainians voted overwhelmingly to secede and set up an independent republic. At the time, the new state of Ukraine contained around one-third of the Soviet nuclear arsenal. This means there were literally thousands of nuclear warheads within Ukraine’s borders, making Ukraine’s arsenal the third largest in the world. In 1994, Ukraine began a program of denuclearization and today is no longer a nuclear power.

The relations between Ukraine and the new Russian Federation were acrimonious in the early nineties—as now—so this means that the lessons of the Ukraine situation are limited if applied to American secessionist movements. American pundits may like to play up the red-blue division in America as an intractable conflict of civilizations, but these differences are small potatoes compared to the sort of ethnic and nationalist conflicts that have long existed in Eurasia.

Nevertheless, we can glean some insights from that separation.

For example, the Ukrainian secession demonstrates that it is possible for nuclear weapons to pass into the control of a seceding state without a general conflict breaking out. Indeed, Ukraine was not alone in this. Kazakhstan and Belarus “inherited” nuclear arms from the Soviet Union as well. If Russia, Ukraine, Kazakhstan, and Belarus can all peacefully negotiate a resolution on how to deal with a suddenly decentralized nuclear arsenal, the Americans can pull it off, too.

Nonetheless, the Ukraine situation highlights some of the technical and logistical problems involved in working out who exactly controls nuclear weapons in a postsecession situation.

For example, it was never a simple matter for the Ukrainian regime to assert technical control over land-based nuclear missiles. It is unlikely that Ukraine ever obtained all the tools necessary to actually launch the nuclear missiles within its territory.1

It is likely, however, that Ukraine could have eventually gained this power, as it was already developing its own control system for the arsenal in 1993. Not surprisingly, the Soviet Russian regime was unenthusiastic about helping the Ukrainians in this respect.

When it came to using nuclear-capable bombers, on the other hand, it appears Ukraine’s regime had total control.2

It is likely the successor states of the US would face similar issues. The use of land-based missiles would be heavily reliant on authorization from whichever faction most recently controlled access and launching authority, even if those missiles are physically located within the borders of a separatist state. It must be noted, however, that the state within which land-based nuclear missiles exist has the ability to prevent usage in most cases. This is because even if the missiles themselves cannot be directly controlled, the personnel that maintains and controls the sites can far more easily be traded out for personnel loyal to the new regime.3

When it comes to submarines and bombers, a secessionist US region might find itself better able to assert control in the short term. Where those bombers and subs end up would have a lot to do with the likely chaotic situation in the wake of the independence movement and shifting borders.

Separatist Regions May Be Unwilling to Give Up Nukes

Ukraine had denuclearized in part due to bribes and pressure from both the United States and Russia. Russia wanted Ukraine’s arsenal for obvious reasons. The United States was obsessed with deproliferation, although it naturally insisted on keeping its own massive stockpile.

Neither the US nor Russia had the ability to force Ukraine to denuclearize—short of a full-scale invasion of Ukraine, of course. However, Ukraine capitulated to pressure when the Russian Federation, the US, and the UK (and to a lesser extent China and France) pledged in the Budapest Memorandum to protect Ukraine’s territorial integrity.

In 2014, many interpreted this move as a grand folly when Russia annexed the Crimea from Ukraine and none of the other parties to the memorandum intervened. Ukraine had given up its best guarantee against Russian intervention—its nuclear arsenal—in exchange for weak “assurances” from foreign states.

Some foreign policy scholars—most notably John Mearsheimer—had predicted this and advised against denuclearization in Ukraine. Indeed, in 1993, Mearsheimer doubted that Ukraine would cave to denuclearization pressure precisely because reliable assurances from outsiders were unlikely. Even after the Budapest Memorandum became a reality a year later, it was nonetheless a rather weak reed on which to hang denuclearization. As Mearsheimer pointed out, should the Americans fail to provide an effective defense for Ukraine—as ended up being the case with the Crimea crisis—the Americans “would not have to live with the consequences of a Russian attack.”4 Nonetheless, some Ukrainians insist the Crimea crisis is not evidence of a need for a nuclear deterrent.