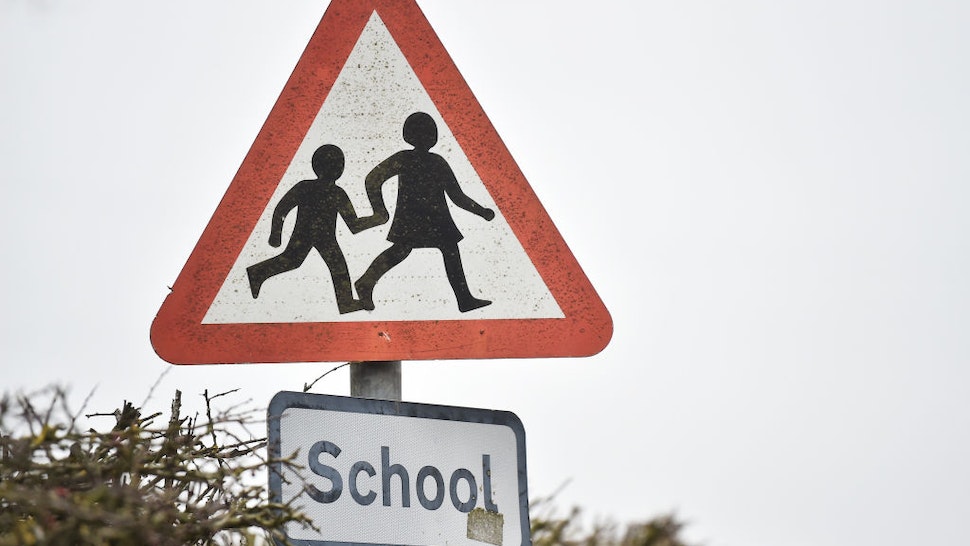 The push for “anti-racism” is moving beyond the classroom. School districts are now insisting that parents spark conversations about race and gender at the dinner table, at the movie theatre, and when their child is browsing the internet.

In Montgomery County, Maryland, one of the nation’s most affluent areas, parents of elementary-aged children were encouraged to participate in a “caregiver” training program on “anti-racism.” The program was run through Ashburton Elementary School in the Montgomery County Public School district.

The session lasted about an hour and was run by a “restorative justice” advocate hired by the school district.

Ashburton Elementary is far from the only school to host these programs, be it for teachers or children, or parents. In fact, Ashburton Elementary’s Principal told parents that teachers and children have been engaging in “anti-racism” activities for months now.

I attended the elementary school’s anti-racist training workshop for parents. It was run by Greg Mullenholz, the school’s principal, and Yael Astor, a “restorative justice instructional specialist” who works for the district.

Here’s what I learned from the session.

1. Race is a “social construct”

Principal Mullenholz started by acknowledging that conversations about race can be uncomfortable.

“We know fully that conversations about race get people’s hearts pumping, they create anxieties because they can certainly be uncomfortable,” Mullenholz said. “If you’re feeling that as an adult, there’s certainly some of that going on with our students as well.”

The slides proceeded to teach parents that while they may be talking about race, race does not exist because it’s a “social construct.”

This was exemplified by a PowerPoint slide that showed the U.S. Census has changed and adapted its language to include different racial categories over the years. This allegedly makes race adaptable.

During the presentation, a parent asked Mullenholz why kids were being made “hyper-conscious” about race when race is considered a social construct. The principal said that race is used to categorize how people are oppressed and also how we can celebrate people. This gave us no insight into why kids were being forced to talk about race if race does not exist.

2. Don’t question the training, that makes you racist

The ground rules for the training were that parents must “prioritize impact over intent.” This meant that if my comments had a negative “impact” on someone, regardless of what my intent was, I may be accused of being rude or potentially, racist.

I took this to mean that if I wanted to push back against the teachers, I may be impacting someone else who holds a different perspective than me. Therefore, I should not speak out because my words could impact another person, even if my intentions were to ask a question.

At the bottom of the same slide, there was a quote that told parents they could disagree with the instructors and fellow parents, but only if that disagreement did not challenge the crux of the instructor’s argument.

“We can disagree and still love each other unless your disagreement is rooted in my oppression and denial of my humanity and right to exist,” the quote read.

3. I should be talking about race all the time with my (imaginary) children

The majority of the presentation was centered around having conversations with kids as young as three years old about race and gender.

The presentation cited a study from the American Psychological Association that claims “children are capable of thinking about all sorts of complex topics at a very young age.”

“Even if adults don’t talk to kids about race, children will work to make sense of their world and will come up with their own ideas, which may be inaccurate or detrimental,” the study reads.