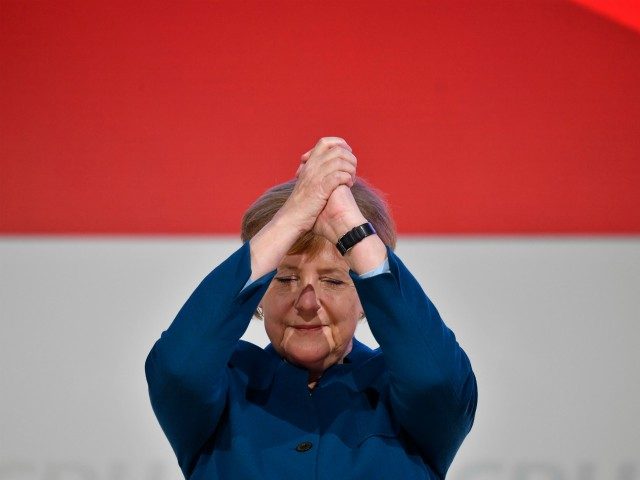 President Joe Biden on Friday rejected the “America First” policies that started no wars and brought about Middle East peace agreements, objectives that had not been achieved for decades under either political party.

Biden’s G7 speech drew praise from foreign nations. “Biden gave exactly the speech that many Europeans wanted to hear – an America that pats you on the shoulders, that doesn’t criticize or demand,” Germany’s influential Der Spiegel magazine wrote.

Biden assured the participants, including French President Emmanuel Macron, German Chancellor Angela Merkel, and British Prime Minister Boris Johnson, the United States is “determined to reengage with Europe, to consult with [them], to earn back our position of trusted leadership.”

Merkel told reporters Friday after Biden’s speech that it is up to Europe to take an example from his first days in office and follow words with actions.

She cited the United States’ return to the Paris climate agreement and its decision to stay in the World Health Organization (WHO) despite the agency’s bungling of the virus’s outbreak, which has almost killed half a million Americans. Merkel also referenced the revival of the Iran nuclear agreement as “important steps toward more multilateral cooperation.”

Biden renewed his plan of action during his speech by announcing the U.S. taxpayers will donate $4 billion for global coronavirus vaccination efforts. An initial $2 billion donation will be made to the WHO’s COVAX program, which distributes medications to sovereign nations before a second subsidy brings the total to $4 billion, a report said.

Meanwhile, France’s Macron took a different approach, believing Europe should do more for its own defenses and suggesting by doing so, it would strengthen the United States’ ability to focus more on the China problem. “I think it is time for us to take much more of the burden of our own protection,” he said.