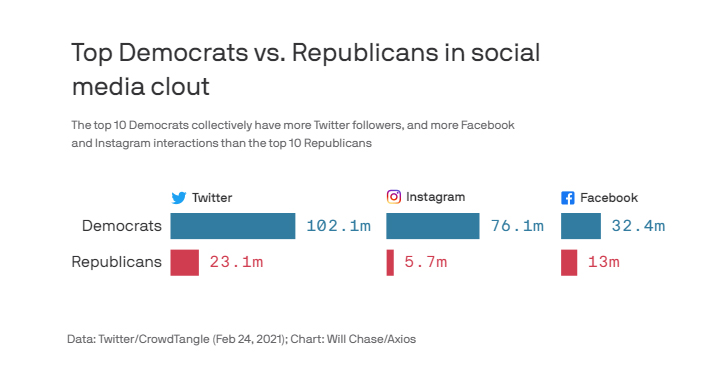 The biggest social media sites are now leftist echo chambers thanks to the banning of Donald Trump and tons of his supporters, data from CrowdTangle has revealed.

The bias is so extreme it’s downright comical.

– The combined Twitter following for the 10 elected Democrats with the biggest audiences is 102 million compared to 23 million for the top 10 Republicans. Even taking President Biden and Vice President Kamala Harris out of the equation, Democrats’ following is nearly triple Republicans’.

– On Facebook, the top 10 Democrats have generated 2.5x more interactions than top 10 Republicans over the last 30 days, per CrowdTangle data.

The Republicans who are left — excluding the heroic Sen. Rand Paul — are all cringe.

The picture for Republicans is particularly grim on Instagram, which has become a home for young, progressive politics.

– While AOC has 8.9m followers and Sanders has 6.7m, Texas Rep. Dan Crenshaw (2.3m) is the only elected Republican over a million.

Yes, but: Outside of elected officials, Republicans have a bigger bench of social clout, including the Trump family, Mike Pence, Mike Pompeo and the potent right-wing media ecosystem.

As I highlighted over the weekend, Big Tech went from approval ratings in the 90s to majority opposition in just the past few years: 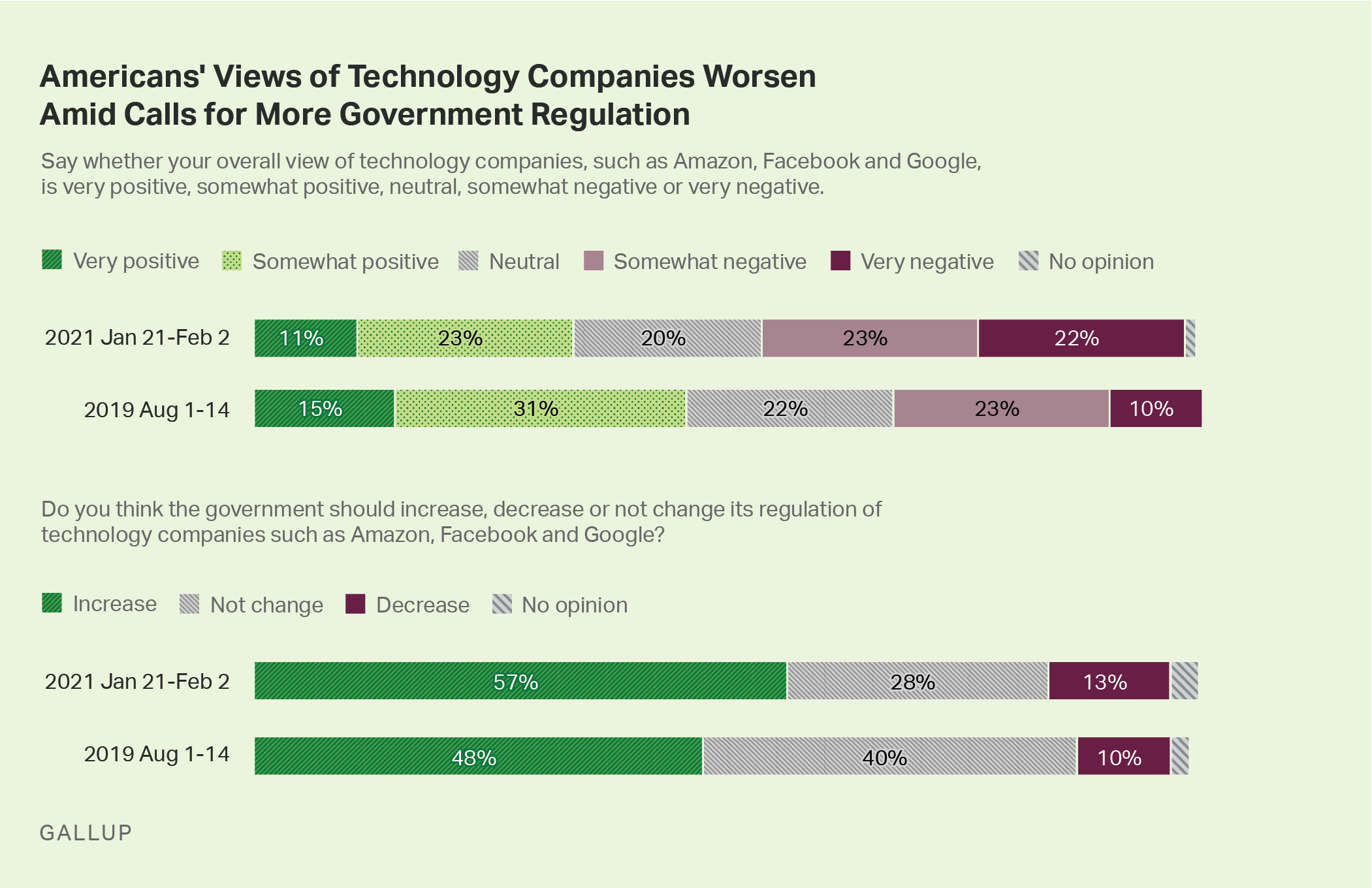 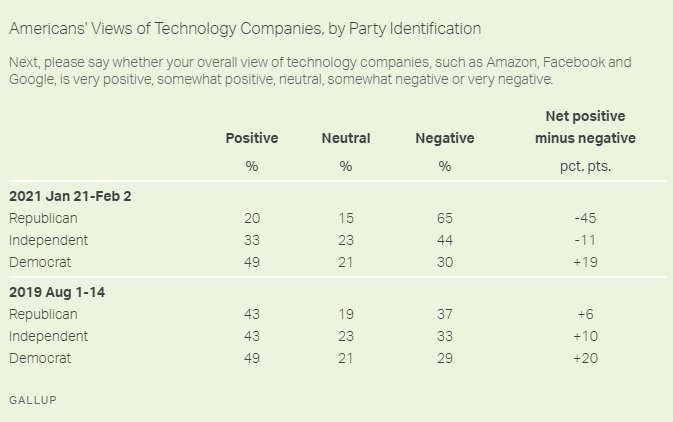 Most Americans want Big Tech regulated into the ground: 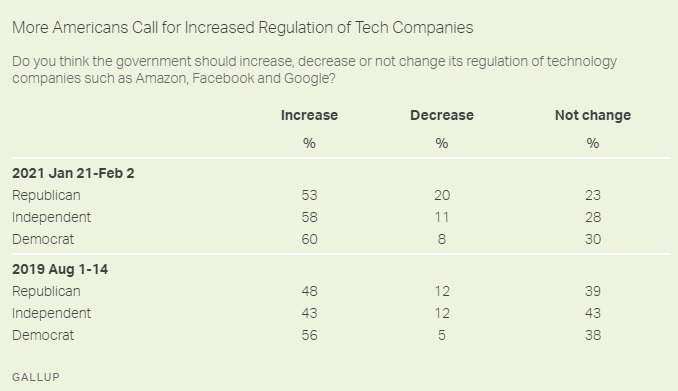