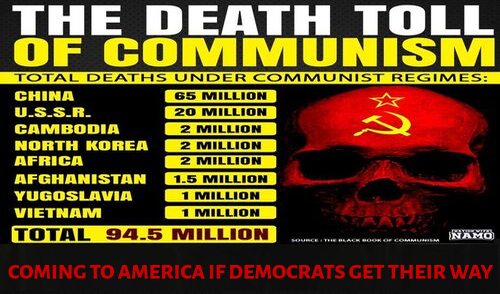 In his book “Death by Government: Genocide and Mass Murder Since 1900”, author R. J. Rummel takes a detailed and well-sourced look at genocide, aka ‘government mass murder’, throughout history. Warning within his book that government-sponsored and carried out ‘mass murder’, what he calls ‘democide,’ has been going all across our planet for 100’s of years, as we’ll see within this ANP story, 2021 America is definitely not ‘immune’ to such government carried out ‘reigns of terror’. Discussing genocides in China, Nazi Germany, Japan, Cambodia, Turkey, Yugoslavia, Poland, the Soviet Union and Pakistan, he shows within his book that ‘democracies’ have traditionally committed less democide than other regimes, reporting: the underlying principle is that the less freedom people have, the greater the violence; the more freedom, the less the violence.

TRUTH LIVES on at https://sgtreport.tv/
Also warning within his book that “the problem is power, the solution is democracy and the course of action is to foster freedom”, in the must-watch 1st video at the bottom of this story, former Clinton adviser and far-leftist feminist Naomi Wolf breaks the traditional leftist mold by telling Tucker Carlson she fears America will become a ‘totalitarian state’ as a result of COVID restrictions under Joe Biden.

Warning Tucker that we’re now witnessing the attempts by government to bring about the ‘closure of democracy’ that Rummel’s book called ‘the solution’ to democide, Wolf also warns Tucker and the American people that the complete and utter violation of the US Constitution we’ve been witnessing for much of the past year went totally beyond party lines.

“Lockdowns have never been done in society and really, we are turning into a of totalitarian state before everyone’s eyes”.

So with ‘mass murder by government’s’ over the past 100+ years leading to the deaths of hundreds of millions of people, we should be thankful that America’s Founding Fathers granted us the ‘eternal remedy’ to such tyranny when they wrote the US Constitution into law, along with the wonderful ‘Amendments’ that come along with it. So while we should never, ever take the US Constitution and the 1st and 2nd Amendments for granted, the American people should always seek to ‘exercise’ them fully. 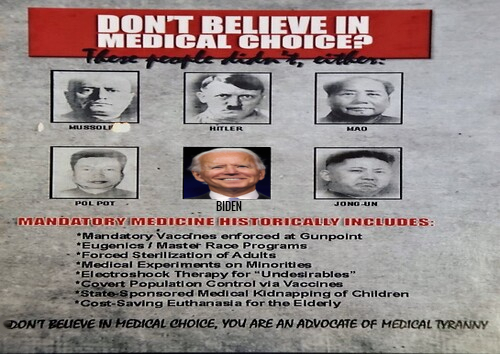 According to this new story over at The Sun, what they’re calling ‘the summer of freedom’ could soon come ‘crashing to an end’ (long before it even begins, we might add!) Warning within that story that a ‘4th coronavirus wave’ is ahead so the ‘roadmap out of lockdown’ might soon be ripped to shreds, does anyone else find it concerning that soon after this viral story written by a Johns Hopkins doctor claiming Covid-19 will be ‘mostly gone by April of 2021‘, the globalists crank the heat up another notch?
Naomi Wolf, a former adviser to Bill Clinton during his reelection campaign, sounded an alarm about COVID-19 lockdowns during an appearance on Tucker Carlson Tonight on Monday.
Wolf was extremely critical of Joe Biden’s leadership and recently claimed on Twitter that his COVID-19 policies are making her regret her vote for him in the last election.
Wolf says the country is ‘moving into a coup situation, a police state’ due to all of the coronavirus restrictions. ‘That transcends everything that you and I might disagree or agree on,’ Wolf said to Carlson, owning up to the political divide between the two.
‘That should bring together left and right to protect our Constitution. ‘Whether they are on the left or the right, they do these same 10 things and now we’re at something I never thought I would see in my lifetime … it is step 10 and that is the suspension of the rule of law and that is when you start to be a police state, and we’re here.
She said, ‘Lockdowns have never been done in society and really, we are turning into a of totalitarian state before everyone’s eyes.’ ‘The state has now crushed businesses, kept us from gathering in free assembly to worship as the First Amendment provides, is invading our bodies … which is a violation of the Fourth Amendment, restricting movement, fining us in New York state … the violations go on and on,’ Wolf said.

Before concluding her appearance on Fox News, Wolf left with a dire warning. ‘I really hope we wake up quickly because history also shows that it’s a small window in which people can fight back before it is too dangerous to fight back.’

IT ALREADY HAS become a Totalitarian State. The Democrats used COVID as a cover to suppress people’s rights and to STEAL the ELECTION.

Not just totalitarian control by the Dems but also by the tech industry, entertainment industry, and education system that cancels and destroys anyone that doesn’t fall in line completely with leftist ideologies.

The democrats have become drunk with power during these lockdowns. Also, Biden opening the border, giving free benefits to what will end up being 40 million people, the reduction in individual liberties, the quest to take away constitutionally guaranteed gun ownership, and the manipulation of the election, all will work to cause an uprising.

It shows how courageous she is because liberals are in lock-step with each other and NOBODY wants to publicly disagree with the Biden administration. This should be an issue that both conservatives and liberals can agree on – but she is the only one to stand up and be counted. This country is on a dangerous path and brave people need to speak up before its too late. Thank you Naomi.