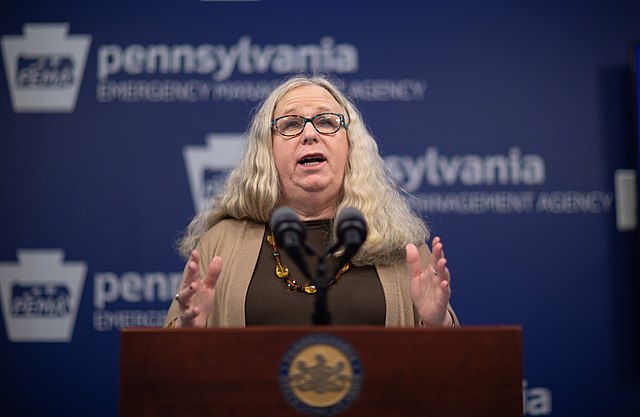 Joe Biden’s pick for Assistant Secretary of Health at the Department of Health and Human Services, Rachel Levine, is an advocate of sex changes for kids and the drugging of children with puberty blockers.

From The National Pulse:

A professor of Pediatrics and Psychiatry at the Penn State College of Medicine, Levine has given lectures in various settings since at least 2012 on how to perform sex changes and gender conversion therapy on children.

According to Levine, children ought to be given the latitude to choose their own gender. Levine has advised adults to “try not to force them one way or other [sic]” and instead to follow the child’s lead.

A new study has found that #Transgender youth with access to a puberty blocker have decline in chances of suicide + #mentalhealth problems now and in the future. This study is important because it’s the first to show this specific association. https://t.co/axYncR0m4l

Once, however, the child reaches the “young adolescent” stage, Dr. Levine recommends puberty blockers, a practice which Dr. Levine apparently followed at Penn State Hershey Medical Center as Chief of the Division of Adolescent Medicine and Eating Disorders. In speeches, Levine describes prescribing puberty blockers and cross-gender hormone injections to children who expressed anxiety about the natural process of puberty.

Additionally, Levine has expressed doubts about the “controversial” requirement in some standards of medical ethics that patients receive psychological evaluations before undergoing such drastic medical regimens.

The current protocols for gender-dysphoric youth, Levine stated in a 2017 speech, outline a two-step process: the prescription of puberty-blockers during the first stages of puberty, and then, after continued counselling, the introduction of cross-gender hormones between the ages of 14 and 16. Then, around age 18, the patient may undergo surgery. But, as Levine noted, there are sometimes exceptions. In certain instances, Levine has said, surgical procedures may be performed on patients under the age of 18.