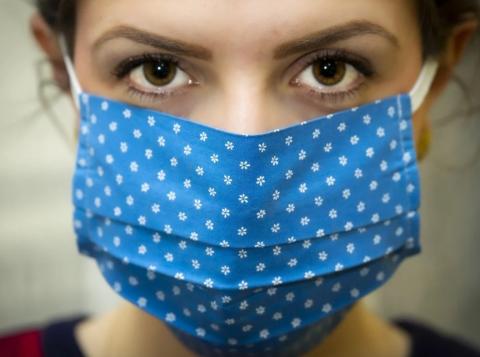 As we approach the one-year anniversary of fifteen days to flatten the curve, we have yet to acquire any data suggesting that the past year of life-destroying lockdowns and politicized behavioral mandates has done anything to keep us safe from covid-19. While discussions surrounding the reintroduction of nationwide lockdowns seem to have ceased—it’s impossible to ignore the lockdowns’ disproportionately deadly effects and the numerous studies demonstrating their futility—the media still retain their grip on the narrative that nonpharmaceutical interventions (NPIs) such as mask mandates, curfews, capacity restrictions, gathering restrictions, and others remain necessary to prevail in our fight against covid-19.

Government officials, in lockstep with big tech and nearly all major news outlets, have controlled the NPI narrative to such an extent that its proponents have simply sidestepped the burden of proof naturally arising from the introduction and continued support of novel virus mitigation strategies, happily pointing to the fact that their ideas enjoy unanimous support from the corporate media and government officials all over the world. This seemingly impenetrable narrative rests, of course, on the critical assumption that NPIs, or behavioral mandates, have protected us from covid-19.

The One Chart That Covid Doomsdayers Can’t Explain

If there is one visualization the reader should become familiar with to highlight the ineffectiveness of a nearly a year’s worth of NPIs, it would be the following chart comparing hospitalizations and deaths per million in Florida with those in New York and California, however we will be focusing solely on the comparison between Florida and California.

In light of everything our officials have taught us about how this virus spreads, it defies reality that Florida, a fully open and popular travel destination with one of the oldest populations in the country, currently has lower hospitalizations and deaths per million than California, a state with much heavier restrictions and one of the youngest populations in the country. While it is true that, overall, California does slightly better than Florida in deaths per million, simply accounting for California’s much younger population tips the scales in Florida’s favor.

Florida has zero restrictions on bars, breweries, indoor dining, gyms, places of worship, gathering sizes, and almost all schools are offering in-person instruction. California, on the other hand, retains heavy restrictions in each of these areas. At the very least, Florida’s hospitalizations and deaths per million should be substantially worse than California’s. Those who predicted death and destruction as a consequence of Florida’s September reopening simply cannot see these results as anything other than utterly remarkable. Even White House covid advisor Andy Slavitt, much to the establishment’s embarrassment, had no explanation for Florida’s success relative to California. Slavitt was reduced to parroting establishment talking points after admitting that Florida’s surprisingly great numbers were “just a little beyond our explanation.”

Does Compliance Explain the Discrepancy?

Invariably, the above graph will invoke responses pointing to Californians’ supposed lack of compliance relative to Floridians as justification for their poor numbers. On its face, this claim is patently absurd given that Florida has been fully open since September. But if we dig into the data a bit more, we find some relevant metrics that shed light on how frequently Floridians and Californians are engaging in behaviors that allegedly fuel covid-19 transmission. The following survey data—California is shown in blue, Florida in gray—is taken from Carnegie Mellon University’s Delphi Research Group. Beyond the red vertical line, Florida has had consistently lower hospitalizations and deaths per million than California.

We can see that, relative to Floridians, Californians have consistently been doing a better job of avoiding social behaviors that allegedly fuel the spread of covid-19. Moreover, at no point was there a drastic change in behavioral patterns after December 17 indicating that Floridians had suddenly begun avoiding activities purportedly linked to covid transmission.

A quick glance at each state’s “social distancing score” also indicates, yet again, that Californians have been doing a better job avoiding activities meant to facilitate the spread of covid-19. Additionally, Google’s covid mobility reports, as of February 16, 2021, show that Californians partake in fewer retail and recreational visits—restaurants, cafes, shopping centers, theme parks, museums, libraries, and movie theaters—as well as fewer grocery store and pharmacy visits, which include farmers markets, food warehouses, and speciality food shops. Evidently, the whole “noncompliance” schtick is nothing more than a fraudulent excuse for explaining away undesirable trends.