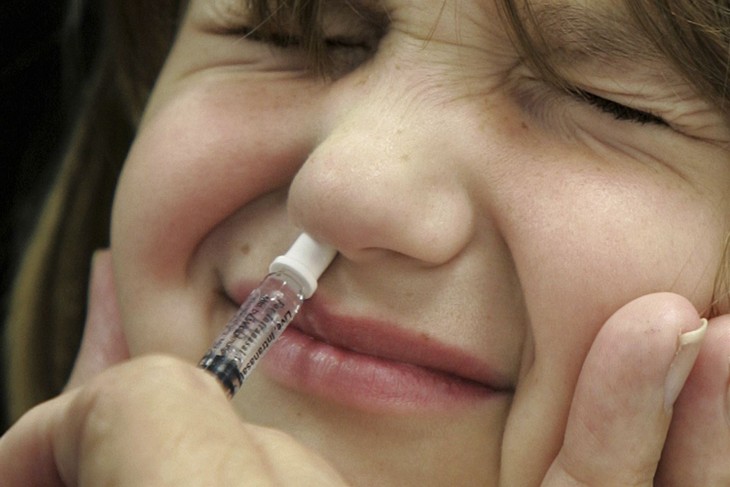 What exactly are we to make of the stunning decline in influenza cases we’re seeing this season?

Phil Kerpen has been compiling the CDC’s data, and remarkable doesn’t even begin to describe it.

By the sixth week of last year, around 32% of the roughly 57,000 flu tests reported to the CDC had come back positive. And these numbers are in line with those from the previous four years as well:

Yet, by the sixth week of 2021, CDC figures show that only 17 of the over 40,800 reported flu tests reported to the CDC this year were positive, which comes to a minuscule .04%!

If these numbers are to be believed, influenza cases have declined by a factor of over 600 this year compared to the previous five-year average.

For all intents and purposes, the flu appears to have vanished.

And it’s not just in America either.

British news outlet, the Independent just reported that not a single one of the almost 700,000 influenza tests reported in England so far this year has come back positive!

On one hand, COVID continues to spread because of COVID law disobedience.

On the other, flu disappears because NPI compliance is so high.

The “head of flu” at England’s Public Health department, Dr. Vanessa Saliba, attributes the vanishing flu to the stringent measures her country adopted against COVID-19.

The decrease in flu cases this year is likely due to changes in our behaviour, such as social distancing, face coverings and handwashing, as well as the reduction in international travel.

But if Dr. Saliba said anything about why this is the right explanation, the Independent neglected to mention it.

Nor did they explain why, in their subheader, they chose to leave out Dr. Saliba’s “likely” qualifier and straightforwardly attribute the decline in flu cases to England’s draconian COVID-19 restrictions: Not a Single Case of Flu Detected by Public Health England This Year as COVID Restrictions Suppress Virus.

And, of course, nothing in the Independent piece explains how it’s even remotely possible that the COVID-19 restrictions could have so effective against the flu that they completely eliminated it this year, yet so ineffective against COVID-19 itself that England has already seen over 1.6 million reported cases since January 1.

M.G. Sunde, writing at Medium, has given a very nice summary of the many reasons it’s grossly implausible that the restrictions adopted against COVID-19 wound up inadvertently ridding us of the flu.