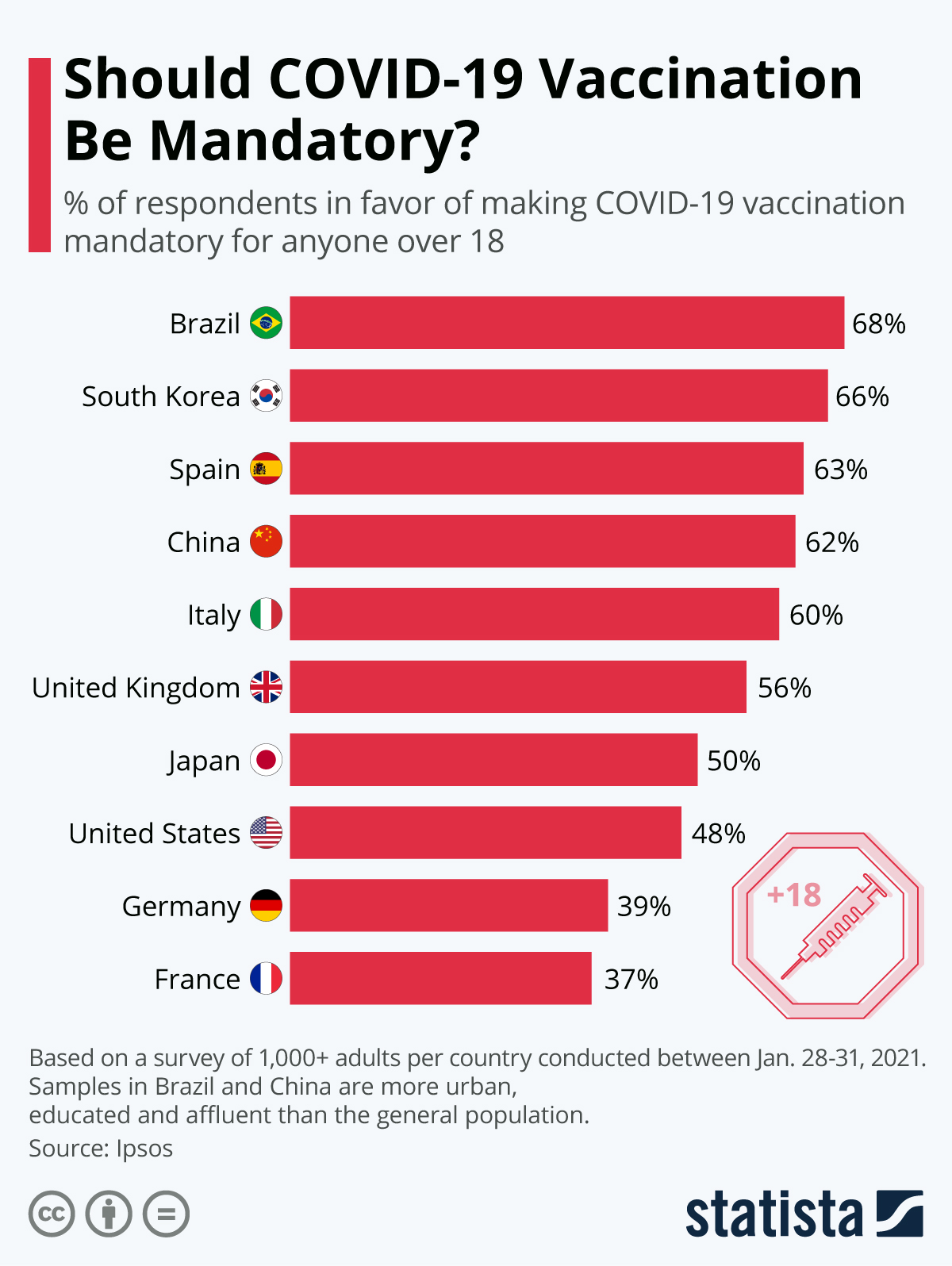 The regional government of Galicia, a region in northwestern Spain, has announced plans to make COVID-19 vaccination mandatory for all of its 2.7 million inhabitants, threatening hefty fines for “unjustified” refusal to be inoculated. The controversial step was announced by the region’s president Alberto Nuñez Feijóo on Tuesday and is subject to approval by the Galician government.

The subject of how to handle mass vaccinations best in face of the COVID-19 pandemic has sparked a lively debate across the globe in recent weeks, but, as Statista’s Feliz Richer notes, no country has issued a nationwide vaccination mandate yet. While it seems likely that fully vaccinated people will eventually enjoy certain privileges, forcing people to take the jab could backfire dramatically as it would play in the hands of anti-vaxxers and conspiracy theorists who suspect foul play behind the global inoculation campaign.

As the chart above, based on data from Ipsos’ Global Attitudes survey, shows, support for mandatory COVID-19 vaccinations ranges widely across countries.

While a majority of respondents in France and Germany opposes such a policy, people in Brazil and South Korea would be widely in favor of mandatory vaccination.