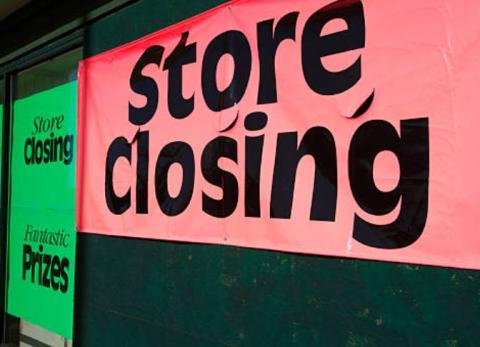 Although advocates for covid-19 lockdowns continue to insist that they save lives, actual experience keeps suggesting otherwise.

On a national level, just eyeballing the data makes this clear. Countries that have implemented harsh lockdowns shouldn’t expect to have comparatively lower numbers of covid-19 deaths per million.

In Italy and the United Kingdom, for example, where lockdowns have been repeatedly imposed, death totals per million remain among the worst in the world. Meanwhile, in the United States, states with with the most harsh lockdown rules—such as New York, New Jersey, and Massachusetts are among the states with the worst total deaths.

Lockdown advocates, of course, are likely to argue that if researchers control for a variety of other variables, then we’re sure to see that lockdowns have saved millions of lives. Yet research keeps showing us this simply isn’t the case.

The latest study to show the weakness of the prolockdown position appeared this month in the European Journal of Clinical Investigation, authored by Eran Bendavid, Christopher Oh, Jay Bhattacharya, and John P.A. Ioannidis. Titled “Assessing Mandatory Stay-at-Home and Business Closure Effects on the Spread of COVID-19,” the authors compare “more restrictive non-pharmaceutical interventions” (mrNPI) and “less restrictive non-pharmaceutical interventions” (lrNPI). More restrictive interventions include mandatory stay-at-home orders and forced business closures. Less restrictive measures include “social distancing guidelines, discouraging of international and domestic travel, and a ban on large gatherings.” The researchers compare outcomes at the subnational level in a number of countries, including England, France, Germany, Iran, Italy, the Netherlands, Spain, and the United States. This is then compared against countries with less restrictive measures, primarily Sweden and South Korea, where stay-at-home orders and business closures were not widely implemented.

We find no clear, significant beneficial effect of mrNPIs on case growth in any country….In none of the 8 countries and in none out of the 16 comparisons (against Sweden or South Korea) were the effects of mrNPIs significantly negative (beneficial). The point estimates were positive (point in the direction of mrNPIs resulting in increased daily growth in cases).

That is, the more restrictive lockdown measures pointed to worse outcomes.

This data suggests that the theoretical underpinnings of the lockdown philosophy are wrong. As summed up by Bendavid et al.,

Translation: mild measures encouraging caution on exposure to others probably lessen the spread. Therefore, more stringent measures will surely do an even better job of limiting the spread!

But this doesn’t appear to be the case. Rather, the authors suggest those areas with lower covid mortality are areas where the public pursued low-hanging fruit in terms of slowing the spread. This included canceling large, crowded events and limiting travel. More stringent requirements on top of this appeared to produce no beneficial effect, and, if anything, had the opposite of the intended effect.

This study, of course, is just the latest in a long line of similar studies calling into question the assumption—for it is only an assumption—that harsh lockdowns lower mortality.

For example, back in May, researchers at The Lancet concluded that “hard lockdowns” don’t “protect old and frail” people, nor do they decrease mortality from covid-19. Later, a July study in The Lancet stated: “The authors identified a negative association between the number of days to any lockdown and the total reported cases per million, where a longer time prior to implementation of any lockdown was associated with a lower number of detected cases per million.”

In an August 1 study, also published by The Lancet, the authors concluded, “Rapid border closures, full lockdowns, and wide-spread testing were not associated with COVID-19 mortality per million people.”

the UK lockdown was both superfluous (it did not prevent an otherwise explosive behavior of the spread of the coronavirus) and ineffective (it did not slow down the death growth rate visibly).

In fact, the overall trend of infection and death appears to be remarkably similar across many jurisdictions regardless of what nonpharmaceutical interventions (NPIs) are implemented by policymakers.

In a paper published with the National Bureau of Economic Research (NBER), authors Andrew Atkeson, Karen Kopecky, and Tao Zha found that covid-19 deaths followed a similar pattern “virtually everywhere in the world” and that “[f]ailing to account for this familiar pattern risks overstating the importance of policy mandated NPIs for shaping the progression of this deadly pandemic.”

Refusing to be daunted by these holes in the official narrative, lockdown advocates often insist that lockdowns must be tolerated because “it’s better to be safe than sorry.”

But this is a highly questionable notion as well.

Lockdowns and other forms of mandated isolation bring with them a host of health problems of their own. As Bendavid et al. note, restrictive NPIs:

Perhaps not surprisingly, data on excess mortality during the covid-19 pandemic suggests only two-thirds of excess mortality can be medically connected to covid-19. As explained in a study in JAMA:

“Some people who never had the virus may have died because of disruptions caused by the pandemic,” says Dr. Steven H. Woolf, the director emeritus of the Virginia university’s Center on Society and Health and first author of the study. “These include people with acute emergencies, chronic diseases like diabetes that were not properly cared for, or emotional crises that led to overdoses or suicides.”

And these effects can also be felt in the long term. As I showed in an April 30 article, unemployment kills. Economic crises, such as this one that was made worse by mandatory shutdowns and stay-at-home orders, leads to countless “years of life lost” through more suicide, heart disease, and drug overdoses.

Moreover, given the nature of the shutdowns and who is affected, this has lopsidedly affected women and especially Hispanic women, who are heavily represented in the workforce behind the service industry businesses shut down by government-imposed business closures.