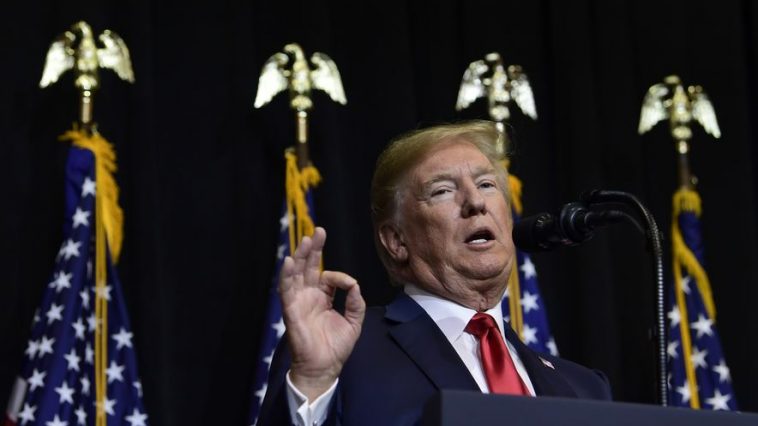 Sure, the assault on the capitol was bad enough, and perhaps there is cause to worry about trouble at the inauguration… But the sh*t-stirrers will be Proud Boy deplorables and not Donald Trump. Indeed, he’s pretty much done for now. Beside any trouble he can stir in the Middle East, or by pushing State’s insane recognition of Taiwan, such tangential affairs should be the end game.

So, what’s behind the current congressional panic? Spooked members of Congress have engaged in massive political paranoia in an impeachment tantrum frenzy resonating throughout the major media, alleging that Trump ‘might do something’ in his last official days, and must be removed ten days prior to his expected departure.

Whatever the reason may be for such Beltway paranoia, it must be more pressing than the prospect of protestors at the inauguration, or Pompeo’s cluelessness on Taiwan. This author proposes that the big issue may relate to the financial system, where presidential action is needed. But some background first.

I and others have relentlessly covered the unprecedented rise and rise in the price of Bitcoin, a massive red flag for the monetary status quo. Another warning being the massive gold/silver raid engineered by the Bank of International Settlements and London Bullion Market Association (LBMA), which took place on Friday January 8th. Yet another cautionary tale is Treasury Secretary Mnuchin’s warning about Continuity of Government, and the premature end to his Axis of Evil visit to Israel, Sudan, Egypt, and Saudi Arabia.

Mnuchin keeps a low profile in the regime, likely due to his controversial past and involvement in the IndyMAC and OneWest financial swindles. Under cover of the CARES Act, Mnuchin personally appropriated $436 billion to himself – er, sorry… to his US Treasury. That $436Bn has gone to a super secret authority called the Exchange Stabilization Fund (ESF) to whit few Americans know anything about. And no one besides Mnuchin and perhaps Jerome Powell knows what the ESF CARES Act money was used for, but more on that later.*

The ESF is a US Treasury slush fund which hides in plain sight to allegedly support the dollar, but in fact the ESF bails-out corrupt US corporations and banks, and keeps Wall Street afloat. ESF CARES act abuse and related US Treasury malfeasance has been well-documented by Pam and Russ Martens via their stellar journal, Wall Street on Parade. A most important point is made here:

“…the Fed ran very similar emergency bailout programs from 2007 to 2010 and did not require any funds from the Treasury to backstop losses. The Fed simply relied on collateral from the Wall Street firms borrowing from the Fed. If those firms don’t have the collateral today, then they’re likely insolvent and not legally allowed to borrow from the Fed.”

Put simply, there are many major Wall Street firms with high valuations – including primary dealer banks – that may be technically insolvent. Based upon the secrecy by which the ESF operates, in conjunction with the Fed’s own opacity, that insolvency may be suppressed, but cannot be suppressed now. Why believe this? Because it’s likely someone from the “other side” is now examining Mnuchin’s private books since the new regime begs to dole out an additional $400Bn in stimulus to inflationary wallets (ie you and me). A far-fetched theory you say? Until considering the dollar amounts being contemplated to further backstop “the economy”, and not just ours, but those dependent on King Dollar, too.

Now, the new regime is asking for more trillions on top of more federal trillions just spent, pushing Modern Monetary Theory to its absolute extreme. More than likely, presidential authority is needed now to overcome the precarious financial circumstance and economic straits the former United States finds itself in. If Mr Trump and Mr IndyMAC fail to cooperate now, at this point in time, well there’s the rub. And the urgency to get Trump out.