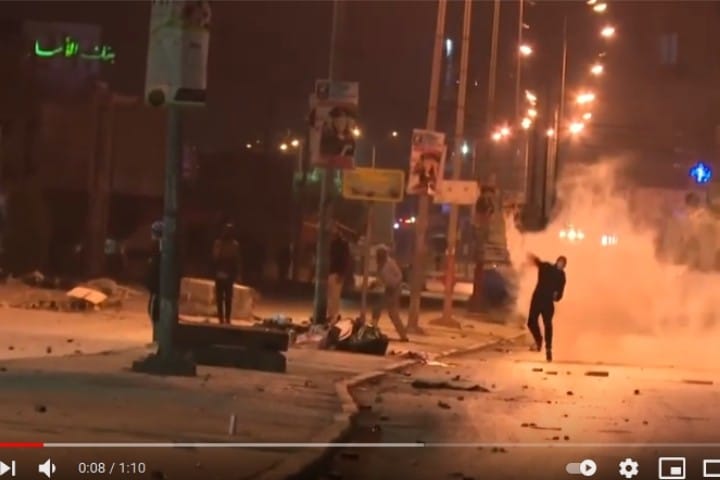 Protests over COVID lockdowns and poor economic conditions in Tunisia have turned violent and hundreds of protestors have been arrested after several nights of riots and violence.

According to German newspaper Deutsche Welle, “Defense ministry spokesman Mohamed Zikri said the army has deployed troops in several areas including Bizerte in the north, Sousse in the east and Kasserine and Siliana in central Tunisia” in response to the unrest.

On Saturday in the city of Sousse, an important tourist destination and an ancient city of historical importance, witnesses said “that security forces fired tear gas to disperse hundreds of angry protesters who blocked roads and burned tires,” Reuters reported.

The nationwide protests came as the country marked the ouster, 10 years ago, of President Zine El Abidine Ben Ali and the beginning of the so-called Arab Spring.

The total lockdown of the nation that some believe played a role in igniting the nights of protest began on January 14, according the UAE’s Gulf News. With some of its provisions set to last four days, the lockdown included a strict curfew beginning at 4:00 p.m. and running to 7:00 a.m. each day. The country also canceled classes for all education levels, Gulf News reported.

The COVID restrictions appeared to compound growing anger in the country over the worsening economic situation there. The protests continued on Monday, January 18.

According to Reuters, “Hundreds of youths clashed with police in cities across Tunisia late on Monday, throwing stones and gasoline bombs.”

Police in Tunisia arrested 600+ people after protests broke out in several cities over the bad economy.

Some protests were sparked by video of police beating a shepherd. It comes 10 years after a fruit seller set himself on fire after a police incident, sparking the Arab Spring. pic.twitter.com/rluR572x7E

So far, Tunisian authorities claim to have arrested over 600 people.

“An Interior Ministry spokesman said on Monday that police had detained 632 people on Sunday alone after what it called rioting across the country that included looting and attacks on property,” Reuters reported. “Most of the detainees were aged 15-20, it said.”

“Even when acts of vandalism and looting occur, law enforcement officers must only use force where absolutely necessary and proportionate. Nothing gives security forces permission to deploy unnecessary and excessive force including when they are responding to acts of sporadic violence,” said Amna Guellali, Amnesty International deputy regional director for the Middle East and North Africa.