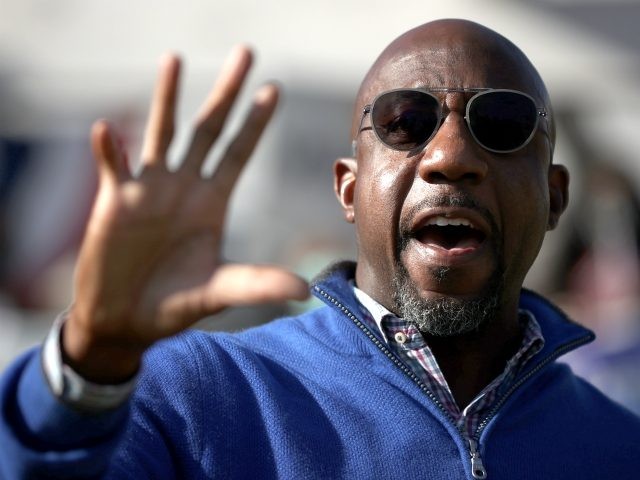 USA Today wrote how Warnock, who hopes to oust Sen. Kelly Loeffler (R-GA) in January, has come under “intense scrutiny from conservative groups who seek to paint Warnock’s religious sermons as radical.”

The outlet claimed that the video of Warnock’s controversial remarks is “missing context” from the rest of his sermon.

“If it is true that a man who has dominated the news and poisoned the discussion for months needs to repent, then it is doubly true that a nation that can produce such a man and make his vitriol go viral needs to repent,” Warnock said in an address at Atlanta’s Candler School of Theology right before the 2016 presidential election.

“No matter what happens next month, more than a third of the nation that would go along with this is reason to be afraid,” Warnock emphasized. “America needs to repent for its worship of whiteness on full display.”

Here is a video of Warnock’s sermon:

USA Today claimed Warnock’s use of “whiteness” is merely an academic term.

Citing the National Museum of African American History and Culture, the outlet claimed whiteness is “the way that white people, their customs, culture, and beliefs operate as the standard by which all other groups are compared.”

Andra Gillespie, the director of the James Weldon Johnson Institute for Race and Difference at Emory University, told USA Today, “It is not meant to be a structural attack on white people.”

The director for the Institute for Race and Difference also said Warnock is “trying to offer a very pointed critique of a white supremacist culture that privileges whiteness above all other types of people.”

USA Today added that whiteness “does not refer to specific people who may identify or be seen as ‘whiteness.’ Warnock’s comments were not advocating anti-white bias.”

The outlet also said that Warnock’s sermon, “How Towers Tumble,” alludes to the Biblical story of the Tower of Babel and how America worships “whiteness,” wealth, and power, which he believes goes against Christian teachings.

“That’s a construction. It’s called bigotry, it’s called racism and sexism and misogyny and xenophobia. Race is not a biological factor, it’s a sociological construct. God made us, but we make stuff up,” Warnock said.

“We have constructed towers of domination that lift up a few, structures of evil that God never intended in the first place. When the quality of your education and access to basic health care is a function of your ZIP code, the whole city suffers. And the tower tumbles,” added in his sermon.