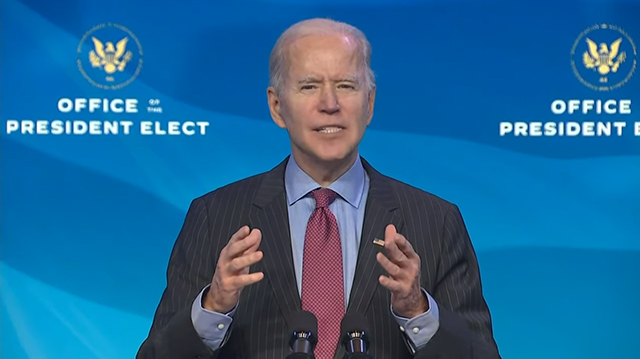 Is this what a “peaceful transition of power” looks like?

(Eliot Cohen was an architect of the Iraq war at the Project For A New American Century.)

Already some MAGA rioters have begun to learn about the power of facial recognition software, geolocation, and crowdsourcing. And, in a few weeks, the power of fully mobilized Federal law enforcement. Those who only lose their jobs (as some already have) will be the lucky ones.

Especially after the violence at the Capitol, it is past time for social media companies to take responsibility for the hate & disinformation on their platforms. The #StopHateForProfit coalition is calling on companies to #BanTrumpSaveDemocracy. More here: https://t.co/sRCfOzFtaq pic.twitter.com/LVFb9Opo4H

Excellent step by @Twitter, taking the necessary action that #StopHateforProfit demanded. A fitting end to a legacy of spewing hate and vitriol. President Trump incited the violent riots at the Capitol using social media & paid the price. #BanTrumpSaveDemocracy https://t.co/DoSVxxKUcq

We cannot allow the historic & horrific events of the past 48 hours to fade without significant consequences. In our 100+ years of history, @ADL has never called for the President of the United States to be removed from office. Today, that changes. https://t.co/QWPplt3h6z